Eagles Trade Brandon Boykin To Pittsburgh For 5th Round Pick 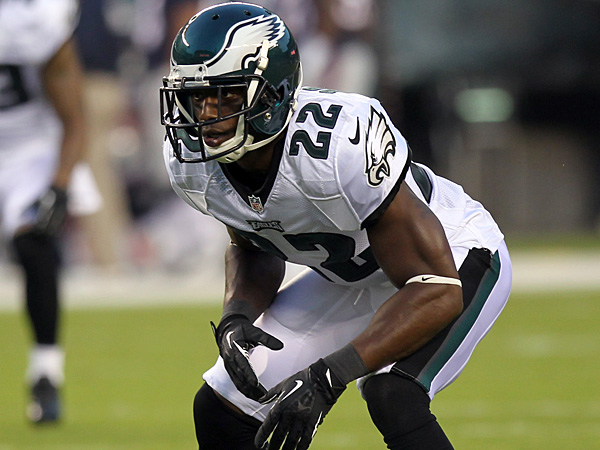 Maybe it was his height or lack thereof.  Maybe it was the fact that he said the not starting at corner routine was “getting really old”.   Whatever it was the Eagles traded nickel back Brandon Boykin to the Pittsburgh Steelers for a conditional fifth round pick, which could become a fourth-round pick if Boykin plays a certain amount for the Steelers.

I thought Boykin was a capable play maker, but he didn’t play as well last year as he did in 2013.  He knew he wasn’t going to stay here but so long because he didn’t fit the prototype of cornerback that Chip Kelly wants.  He wants all his cornerbacks to be in the 6-foot range.  Boykin stands about 5’9″ or 5’10”.

The departure of Boykin means rookies JaCorey Shepherd and Randall Evans, veteran Jaylen Watkins could all get a shot at the spot.

I doubt if the move shocked him.  He suspected it was coming.

“To the city of Philadelphia it’s been real,” Boykin wrote on his Twitter account. “You know I always played my heart out every time I hit the field. Always got love for you.”

A couple of weeks ago, Boykin married his high school sweetheart, so this has been a time of the change of the Georgia Bulldog.

Steelers have a new DC, lots of new faces in the Secondary with CB Ike Taylor, & Safety Palamola gone so there will a great opportunity for Boykin for more playing time which would make that Draft Pick in return a 4th Rounder giving the Eagles 2 3rd Rounders & 2 4th Rounders which helps ease the loss of no
2nd Round Pick which went in the Bradford Deal
Don’t be surprised to read about ILB M Kendrick’s being dealt to the Raiders or 49ers for a 3rd Pick in the coming weeks…
He’s another Player that just does not fit the Chip Kelly Profile for what he’s looking for at LB .. Eagles have Depth at ILB where Alonso & Ryan’s play in 2015 and Draft Pick Jordan Hicks takes over for Ryan’s in 2016/2017..

Joe Banner tweeted that Kendricks is next if Ryans is healthy. Personally I think it’s a mistake as I think an Alonso Kendricks tandem is better than a Ryans- Alonso tandem.

In a passing league why do the Eagles need a guy that good at covering the slot receiver?

Guess he didn’t buy in all the way, smh.

I wish kendricks was gonna be here to bad chip is love with a 32yr old broken down lb..when you could have to studs in the middle for yrs to come..

Kelly’s Vision for 2016 & Beyond is Kiko Alonso & Jordan Hicks at ILB
2015 Season will be D Ryans final one as a full time Starter
Kendrick’s is out of the mix..