The Journey Ends Here For A Lot Of NFL Hopefuls 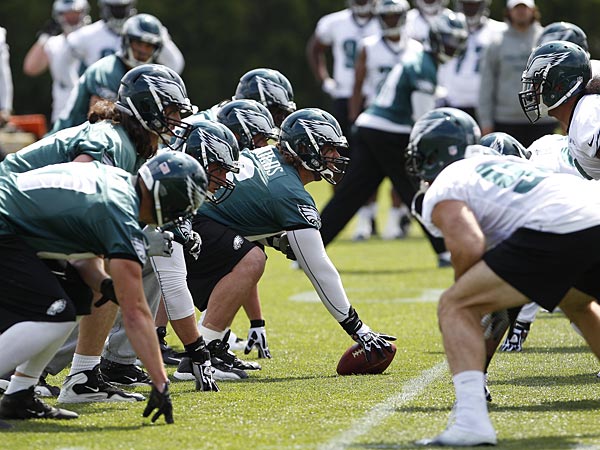 NFL fans throughout the nation are tired of the preseason and eager to see the 2015 regular season start next week. All the NFL teams are playing their final preseason games and deciding which 22 players to release, so they can get their roster down to the 53-man limit.

Nearly all the players who participate in the final game won’t get any sleep that night or on any night until the final cuts are made. They’ll overreact to each phone call and each knock on the door, because their careers could end very quickly with the mention of one short sentence.

“The head coach wants to see you and bring your playbook.”

Like an overtime game, the end is sudden and it’s decisive.

During the cut-down period, hundreds of players see their dreams of being a NFL player ended or postponed. Some players will breakout in tears when they get the bad news. Others will just stand there stunned, as if they’ve been hit by a thunderbolt. Most of the time, it takes a minute or two to sink in. Then they have to make the call to love ones and give them the news.

It marks the end of a long journey that has spanned 10 to 15 years. For most of them, the journey started when they were ten years old or younger. They started out dreaming of playing in the NFL. They showed promise before they reached their teens, then they started to grow and mature athletically.

Next up they played in a secondary league of some type during middle school. There were thousands of practices, weight lifting sessions, and film sessions. There were bumps, bruises and injuries, but they all continued to battle. They got stronger, bigger, faster and smarter.

High school was the next horizon, and they started to shine and standout. Coaches, friends, teammates and opponents could see that they had some special abilities, which might allow them to play football in college. They continued to work and they got even better. Playing in college was now a sure thing.

The success on the college level caused them to lift their sights to the final dream of playing in the NFL. Next up they were either at the NFL Combine or working out at a Pro Day and showing scouts and coaches that were good enough to play on the pro level.

Soon, they were drafted or simply signed by a NFL team.  Before you knew it, they were working out with Pro’s, then training camp came and then the preseason games.

That all brings us to now and for many, the journey is over and that dream has ended. For over a decade they woke up each morning and asked themselves what could they do that day to help them reach their dream of playing in the NFL. Their lives were aimed at that one goal. Now all that has changed. They’re 23, ,24, and 25 years old and they must reprogram themselves.  They must find another passion, which motivates them like playing in the NFL had done for them most of their lives.

Many will go through a transition period filled with self-doubt, dejection, depression, anger and bitterness. Some will endure bouts with alcohol and drugs. At some point the vast majority of these young men will pick themselves up, accept the disappointment and move on. They’ll cherish the experience, value the memories and celebrate the relationships.

After that mourning period, they will pick themselves up, reestablish themselves in other areas, then get back to work.  Some will move back in with their parents and go back to sleeping in the same bed that they slept in when they were in elementary school. Some will stay in the city where the team is.

Some will continue to chase the dream.  They’ll try out for another team next year.  Some will make it, some won’t.  Some will go play in Canada.  Some will play in the Arena League and the Indoor Football League.

Some will go back to school. They’ll start careers as high school coaches, college coaches or NFL coaches, scouts, members of the media, lawyers, doctors, salesman, police officers, pilots, actors, musicians and every other career you can think of.

For the rest of their lives, their memories of trying out for or playing in the National Football League will always be with them.

Only 1 thing kept me from making the NFL… Talent…

I was small BUT slow

I was too small also, but I was quick, not deep speed, but quick in spurts so I played Street Hockey & Softball thru my 20’s..Football ended inHigh School..
I played Mens Softball this past Spring for the first time in Years and was a blast..I Played Left-Center & Right Center and Batted pretty well ..

if Bradford or Sanchez get hurt then both Barkley and Tebow will be available to sign mid-season. cut them both and add an edge rusher off the 53 man cuts. Birds weakness is glaring. Trent Cole has not been replaced. Brandon Graham is not as good as Trent Cole and Braman, Smith and Jones are not good enough to replace Graham ever.

Speaking of Tebow…I am not one of those cult followers of his; however, I heard Josh Innes mocking prayer regarding him being on the team. That was appalling. I found that so offensive that I just switched stations to the fanatic. Innes needs to be reigned in on that station. They are going to lose listeners due to his irrelevance.

Jim- why is it that religion is above parody? why can’t a guy say ‘the only reason tebow is popular with fans is his religion’? — its a valid argument- The guy hasn’t been a good pro yet has more fans than pro bowlers and its simply because he openly prays- mocking a guy who just spent two years out of the league is not appalling-

Well hac to jim and people who actually do pray, it shouldnt be mocked, hes expressing how he feels, if somebody mocked something that you hold dearly you would express to them please dont mock(whatever you care for) its wrong.

I know where u are going hac…..we all know your dislike for religion, but if jim feels that way, dont make it more then it is.

Jim has freedom of speech and so do I and so does Innes. Tebow having a ‘following ‘ as a player simply because he is religious is more appalling than mocking him!

Following……lol…..not gonna lie…..its kinda creepy…..but maybe they feel connected to him because his spirit is so strong, idk