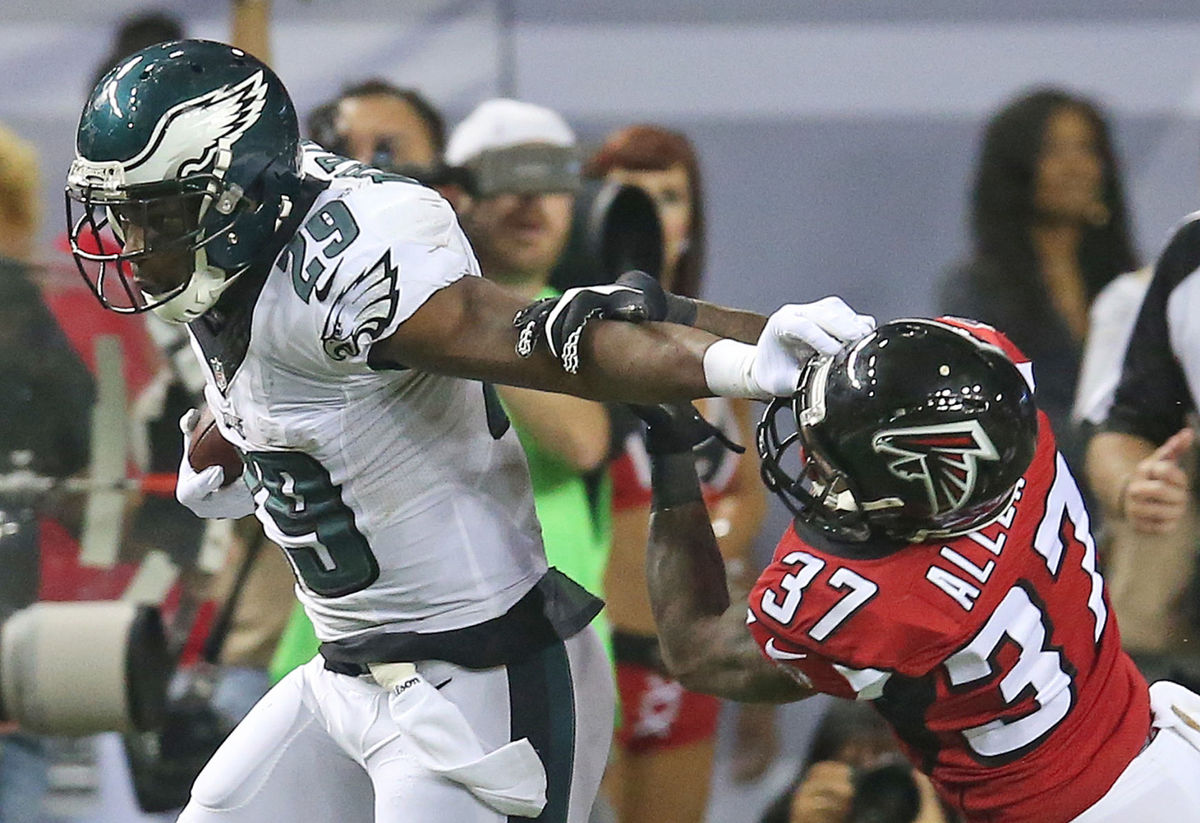 In their first game of the season, the Eagles offense ran the football only 16 times.  Yes, Chip Kelly’s squad which is supposed to be a run first offense, ran the football only 16 times for 63 yards and most of that yardage came on a 27-yard sweep by Darren Sproles.  DeMarco Murray and Ryan Mathews were taken away because the Falcons front seven was playing with more fire passion than the Eagles offensive line and Kelly decided to abandon the run.

I think it was a mistake to give up on keeping the run mixed in there.  It’s been proven over years of time that you’re going to have a certain number of turnovers, if you throw the football too much. Throwing the ball 52 times and running it 16 isn’t a good balance.  It also puts too much pressure on your offensive line to pass block, when there’s no run threat.  Are the Eagles going to abandon their running game the rest of the season if they don’t have success with the first few carries of a game?

“If we are moving the football and getting the ball into the end zone, that’s what we’re concerned with. How we get it there isn’t a concern.”

I think the Birds could have run to their left side with 325-pound left tackle Jason Peters matched up against 240-pound rookie outside linebacker Vic Beasley.  In the middle of the line, Jason Kelce, Andrew Gardner and Allen Barbre weren’t able to get any movement in the middle of the Falcons defensive front.  The only success they had were on those sweeps.

“We still have a long way to go. We need to get a lot better.”

Somebody should have sat down with that offensive line on the side line in the first half and let them know that they had to clear the way for a running game.  You can’t let a defense impose their will on you and force you to be one-dimensional.

The Falcons defensive front took the run away from the Eagles by playing with more passion than the Birds.  On one play, they got Murray for a 12 yard loss by getting penetration and having every guy on defense get to the football.  They were seriously attacking Murray when he took the handoff.

Atlanta saw the tape of the Birds offense moving the ball in the preseason.  They knew if they allowed the Eagles to run the football effectively, they were going to get embarrassed, so they played harder than the Birds. The Eagles offensive line didn’t get the job done.  It’s that simple.

With the game on the line in the fourth quarter, the middle of the offensive line couldn’t open up a hole for a one-yard gain by Mathews, and it forced the Eagles to try a field goal.  The offensive line must be more aggressive.  The offense can’t sleep walk through the first half like that.

They were outplayed by the Falcons defensive front.  Atlanta was getting hits on Sam Bradford every time he threw the football and they took away the Eagles running game.

Silver Linings And Concerns From Eagles-Falcons