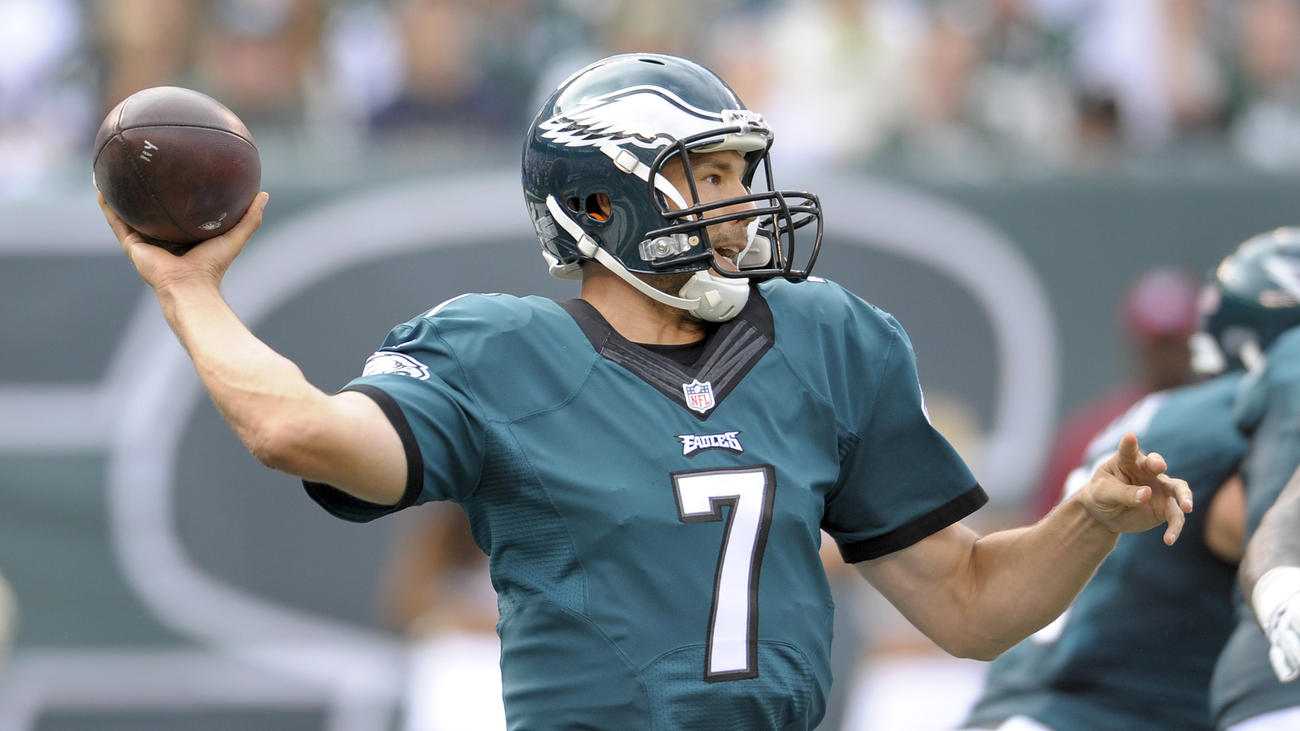 Former Eagles quarterback Ron Jaworski was on 97.5 The Fanatic yesterday and he was talking about current Eagles starting quarterback Sam Bradford.  Unfortunately he didn’t have a lot of good things to say after watching the tape of the Eagles playing the New York Jets.

“This offense is ranked 31st in the NFL.  That is brutal,”, Jaworski said.

“He’s plainly got to play better”, Jaworski said about Bradford with an emphasis. “He’s favoring the left leg.  I can see it when bodies are around him.  He’s not transferring that weight.  The ball is coming out with a lack of energy.  His footwork is bad. I can’t say any more simply than that.”

Jaworski said Brady was at this point a number of years ago after he had a knee injury and surgery.  He said he’s not surprised but Bradford is going to need to master the fear that has him protecting his left leg, by not stepping into his throws and therefore throwing the football without any zip on it.

“After I watched Sam Bradford yesterday, then I put in a tape of  Tom Brady and then Aaron Rodgers and then you see how it’s done the right way,” Jaworski said.

“It’s unacceptable”, Jaworski said about Bradford’s play. “Sam has got to get better.  I think the offensive line has to play better.  The wide receivers need to do a better job of getting open against man to man and press coverage.”

“There were opportunities to get the ball down the field,” Jaws said.   “Agholor had beaten Darrelle Revis.  He had a step or two on him on a go route, but the ball didn’t come there.  Miles Austin was open for a touchdown but Sam was late with the throw.”

Is There Too Much Patience With Sam Bradford?