The Eagles Working Out Hackenberg As They Focus On QB’s 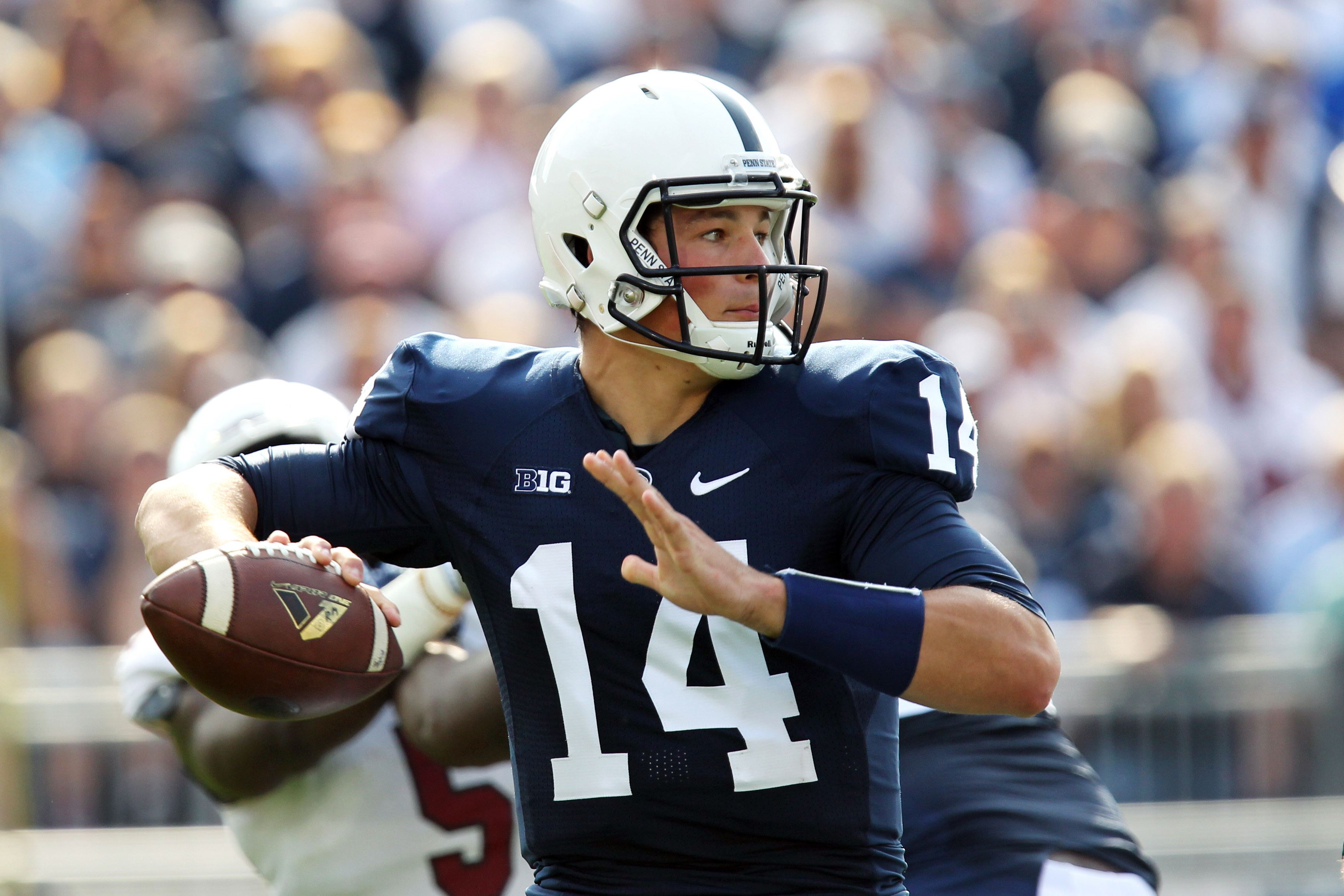 It’s Quarterback Week in Philadelphia as the Eagles spend another day working out a quarterback.  On Monday they went to San Francisco and worked out California’s Jared Goff.  On Tuesday, they stayed in the Bay Area and worked out Stanford’s Kevin Hogan.  On Wednesday, they went to North Dakota and worked out North Dakota State’s Carson Wentz.  Yesterday, they put Paxton Lynch of Memphis through a workout and according to ESPN’s Adam Caplan, early next week they will work out Penn State’s Christian Hackenberg.

Everybody has their opinion about the Eagles quarterback situation and what they should do in this draft.  Both Sam Bradford has a two-year deal and his backup Chase Daniel has a three-year deal, but neither of their contracts is big enough to say that the Eagles believe they’re Franchise Quarterbacks.

So that leaves the door open to the Eagles using the eighth pick in draft to select one of the top rated quarterback prospects.  They could wait and draft a quarterback who is a project, that they can develop into a star.

On Wednesday, I was on the weekly show I do on 610AM Sports ESPN radio from 5pm to 7pm here with NFL Network’s Brian Baldinger, Philadelphia Eagles Insider Dave Spadaro  and Al Thompson, when Baldinger made it clear that he didn’t think North Dakota State’s Carson Wentz, California’s Jared Goff or Memphis’ Paxton Lynch were even close to the 2015 Draft’s top two quarterbacks  Jameis Winston and Marcus Mariota.

He talked about watching a two and a half hour reel of Wentz in action and coming out of it, unconvinced that he was anywhere near as good as Jon Gruden thinks he is.  Gruden, who is considered a a quarterback guru believes Wentz is better prepared for the NFL game than Winston or Mariota were a year ago.

I saw Wentz and Goff  throw the ball at this year’s NFL Combine, but I haven’t studied them enough to know for certain which one of them is going to be a better Pro.  Wentz is the more impressive of the two physically.  He played in an NFL System in college, but he was playing against the Division One level of competition that Goff was battling each week.

Baldinger might be right, but Gruden has spent his career working with and developing quarterbacks  Wentz and Goff will very likely be selected in the TopTen picks.  Lynch is expected to go later in the first round.  NFL teams covet talented young quarterbacks, so you can guarantee they’re going to get picked early.

NFL Network draft analysts Daniel Jeremiah and Bucky Brooks disagree about Wentz and Goff.   Jeremiah thinks Wentz is the best quarterback prospect in this draft.   Brooks thinks Goff is the guy with the tremendous accuracy.

I would go with Wentz because of his size, intelligence and arm strength.

Hackenberg is intriguing in that all the physical tools he has are obvious. You just wonder if his never improving, and really regressing, after his freshman year is due to a lack of supporting cast from NCAA recruiting sanctions and poor coaching, or something he’s missing between the ears.

Hackenberg does nothing for me. He is just a guy. I would rather have Hogan from Stanford than him.

word has it hackenberg has been blaming his coaches for his play in his interviews. pass!