Morning Eagles Talk To Get You Started – July 28 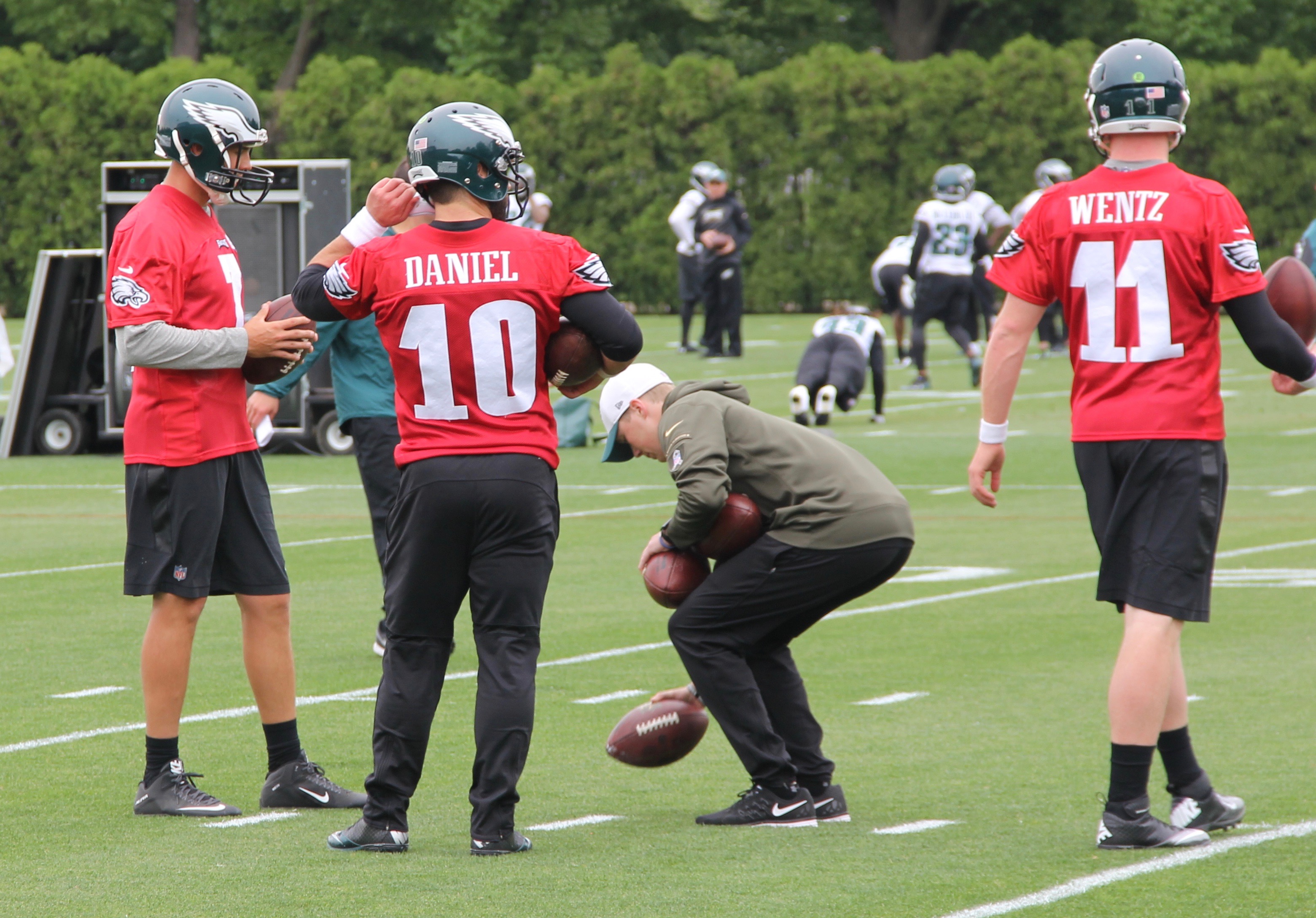 Eagles head coach Doug Pederson is trying to get started on working to improve this football team on the field, but trouble involving his players off the field are taking center stage.  He didn’t have much to say when Birds wide receiver Nelson Agholor was charged with rape.  Pederson didn’t talk to Agholor during the team’s time off and the young wide out has been cleared of the charges.  Now linebacker Nigel Bradham has been arrested and Pederson again doesn’t have much to say because he hasn’t even been charged.  Philly.com’s Jeff McLane gives us his take on how Pederson is doing so far with these off the field discipline concerns.

Philly.com’s Zach Berman is concerned about the lack of experienced depth at the linebacker position and I am as well.  The starters project to be Jordan Hicks in the middle, Mychal Kendricks on the weak side and Nigel Bradham on the strong side.   The backups are Najee Goode, rookie Joe Walker, Myke Tavarres and Quentin Gausse  Deontae Skinner has some NFL experience but he has a tough fight ahead him to make this football team.

I think it’s always interesting to see what older players do younger players model their games after. Jimmy Kempski, has a list of young Eagles players and the guys they modeled their games after.  Rookie cornerback Jalen Mills has tried to emulate The Honey Badger his fellow former LSU Tiger Tyrann Mathieu.  If he could be the playmaker that Mathieu has become, it would be the answer to much of the Eagles problems.

Eagles rookie running back Wendell Smallwood is only 5’10” 208 pounds but he told CSNPhilly.com’s Reuben Frank that he runs like a bigger back and prefers to run through tacklers rather than run around them.  I don’t think this is the wisest move by Smallwood because he is going to take a pounding if he tries to get physical with the defensive linemen, linebackers, and safeties in the league.

I haven’t talked much about former Canadian Football League star Aaron Grymes who let me know that he’s confident he can make this football team.  He has played well, but I haven’t seen him play very many reps.  Philly.com’s Paul Domowitch wrote a nice article about him.  I’ve talked to the youngster a few times, but I definitely learned more about him in this article. I was impressed with the fact that he played three years in Canada and went some difficult times, but he weathered through it.   That type of mental toughness could come in very handy in the battle he’s beginning for a roster spot.

Chirp…….chirp……..chirp………Not a lot of interest it seems in this year’s training camp. Wonder why?……….