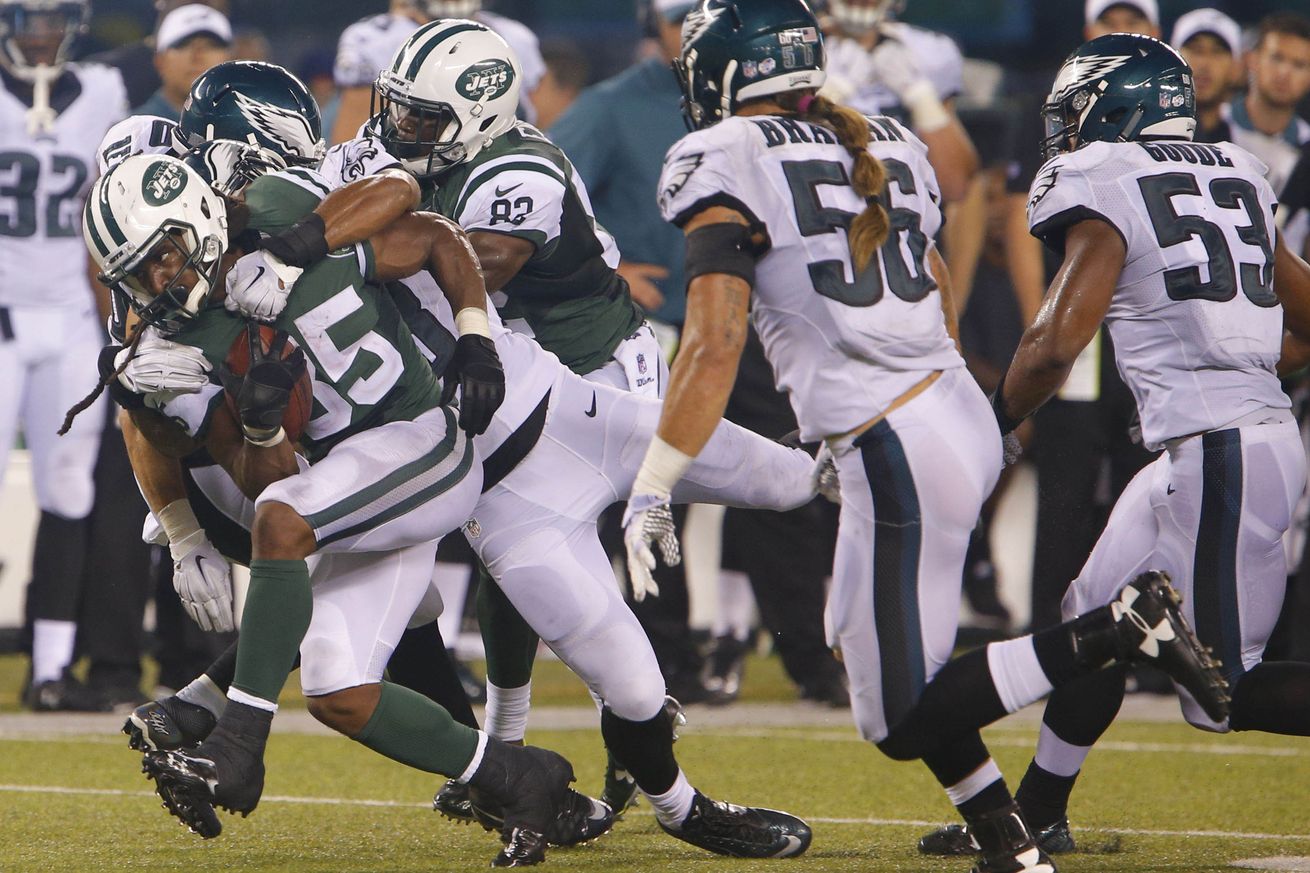 Eagles Have A Lot Of Tough Decisions To Make

The final cuts that will take place over the weekend are going to be very interesting.

Doug Pederson and the Philadelphia Eagles have a lot of tough decisions to make over the next day, with a number of young players turning in strong performances in the preseason finale against the New York Jets.

These aren’t going to be easy cuts to make, and a couple of deserving guys are going to be let go.

Turner has been tremendous throughout the preseason. He hasn’t looked overmatched at any point in time, and he’s caught every ball thrown in his direction. He’s shown a willingness to make tough catches over the middle, and on a team that’s desperate for wide receiver help, he’s done all he can to make a convincing case for the final spot.

Steven Means and Marcus Smith have both played exceptionally well in the later stages of the preseason, and both defensive ends capped their exhibition seasons with solid performances tonight. They may force the Eagles to find a way to keep both of them.

A guy like Quintin Guase might have won himself the sixth linebacker position with a couple of standout plays on defense and special teams.

Guys like Ed Reynolds and Cayleb Jones made some impressive plays, but are going to be caught in a numbers game at their positions.

The fact that the Eagles are going to have so many difficult decisions to make is a very encouraging thing on a lot of levels.

This shows that the team’s talent evaluation has been much better than its been in recent years. Its been some time since we’ve seen a preseason with this much competition throughout the roster.

It’s going to be exciting to see how the final roster shakes out, but it will be even more exciting to see what this team can do in about a week and a half when the regular season gets underway.