Halapoulivaati Vaitai In Line To Take Over For Lane Johnson 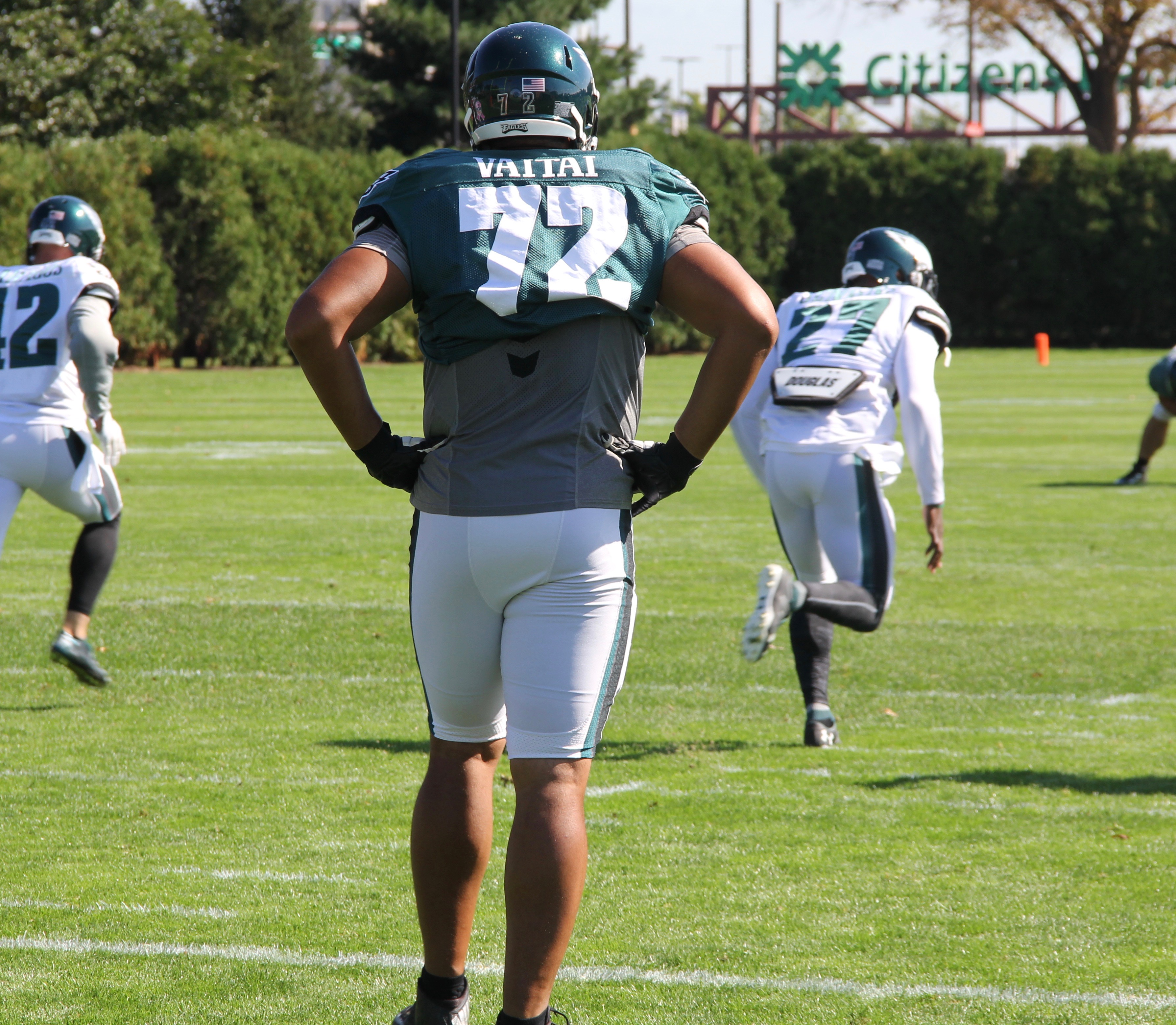 Throughout the Eagles season we thought Allen Barbre would move to right tackle from his left guard spot if and when starting right tackle Lane Johnson was suspended for using Performance Enhancing Drugs.  To our surprise, the report by ESPN’s Ed Werder about rookie tackle Halapoulivaati Vaitai or “Big V” taking over for Johnson and Barbre staying at his left guard spot was accurate.

Eagles head coach Doug Pederson verified the Werder report by saying, “It’s something that we’ve come to, talking with Coach Stoutland and watching Big V closely, not only in the preseason but in practices these last couple of weeks,” Pederson said this morning. “Again, we want to exhaust all the possibilities. Allen Barbre’s been playing great at left guard, and if you don’t have to disrupt two different positions, and just do one, I think there’s a conversation there that we have to have. But yeah, he’s definitely in the mix.”

That’s amazing and says a great deal about the progress Vaitai has made during his time with the Birds.  He’s spent a number of months blocking Vinny Curry, Connor Barwin and Brandon Graham.

“The work he’s done in that capacity, against a good defensive line, gives us confidence that if we had to make that decision, we could do that and not bat an eye,” Pederson said. “Just from that standpoint, going back and evaluating his preseason games, looking at that and where he is, physically and mentally, it puts him in a good position to potentially be that right tackle.”

There seems to be a decent chance that he will be the starting right tackle when Johnson goes on his break.