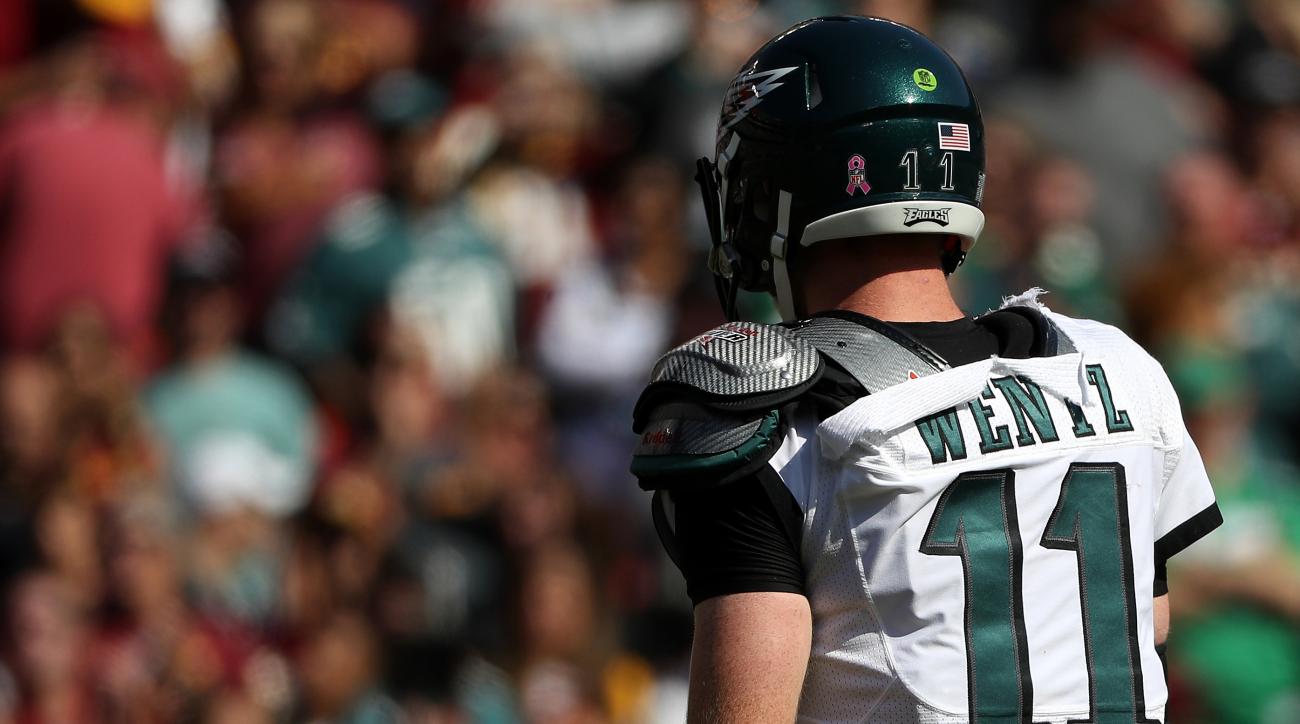 One of the Eagles’ best qualities during their three-game winning streak to start the season was that they appeared to be well-coached and well-prepared.

During the last two weeks, they’ve been neither of those things.

The worst may have been in the second half, an illegal block in the back penalty on Wendell Smallwood wiped out a 30+ yard catch and run by Dorial Green-Beckham, which forced the team into a punting situation instead of giving them an opportunity to score in Redskins territory.

The Eagles haven’t just underperformed on the field, the coaching staff has done a poor job getting these guys ready to go.

During the week, head coach Doug Pederson declared with confidence that fifth-round rookie Halapoulivaati Vaitai was “ready” for NFL action.

Reality couldn’t be further from the truth.

Vaitai was abused left and right by the Redskins early and often. He allowed three sacks in the first half alone, including a couple of critical, drive-killing plays.

Pederson needs to seriously rethink his strategy to replace Lane Johnson. With the ferocious defense of the Minnesota Vikings coming to town next week, the challenge is going to become much greater for Big V.

It would seem that the logical move would be to play the veterans, Alan Barbre at right tackle, and Stefan Wisnieski at left guard.

Defense/Special Teams Touchdowns Kept Eagles In Game, At A Price

It was as though the clock had turned back to 2014.

With a struggling offense, the Eagles had to rely on big plays from their defense and special teams units to stay in the game during the first half.

Following the Redskins’ second touchdown, a kickoff return touchdown from Wendell Smallwood put the Birds on the board. On the ensuing Washington drive, Kirk Cousins threw an interception to Malcolm Jenkins (he hung on to one!) who took the ball back to the house to tie the game at 14.

Unfortunately, these scores came with a cost of their own.

The defense was forced to stay on the field for almost the entire second quarter. As a result of the heavy workload, the unit was completely gassed by the time the Redskins went on their third scoring drive.

The Eagles’ offense ran just 17 plays in the first half, as opposed to 40 for Washington.

The biggest positive from this game, once again, was the play of Carson Wentz. Wentz stood in the face of a brutal pass rush throughout the day and was still able to deliver some big throws.

However, the coaching of both Pederson and defensive coordinator Jim Schwartz left a great deal to be desired.

I hated the way that Pederson coached this game. From the lack of help for Vaitai, to the decision to burn a timeout, and then punt the football away with less than two minutes to go in the fourth quarter, the rookie head coach made a lot of mistakes today.

For Schwartz, it was inexcusable for this defense to perform as poor as they did coming off of a bad showing the week before against Detroit.

The Eagles now enter an absolutely brutal stretch of the schedule, and if things don’t change soon, a promising beginning to the season could very quickly go south.

Eagles Podcast: Was The 3-0 Start A Mirage?