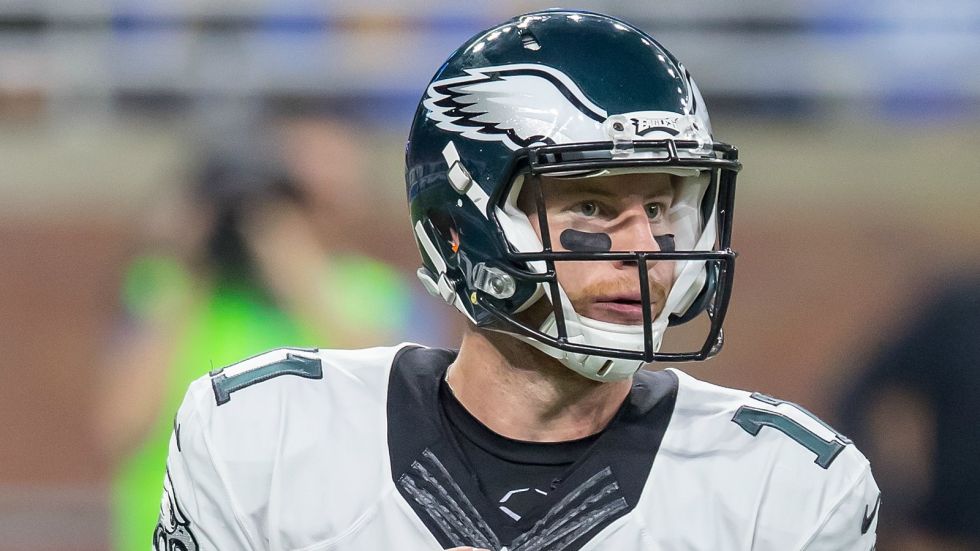 I hate the designed runs that Doug Pederson has been calling for Carson Wentz. They’re not very effective, and only expose Wentz to more contact. Pederson called the run for Wentz down in the redzone in the first quarter, resulting in a loss of yards to put the team in a third-and-long situation.

I hate even more that Pederson decided to call one of the designed runs on a fourth-and-two in the second quarter. With the Eagles trailing 14-3, a field goal would have made it a one-score game. Considering how poor and erratic the offense had been, the thing to do in that scenario was take the points, and keep things close. Pederson instead called a play that had absolutely no chance of succeeding, and it cost the team valuable points.

It was even more baffling when you consider on the previous play, third-and-five, Pederson showed no confidence in his quarterback or wide receivers by calling a run up the middle for Darren Sproles.

Towards the end of the second half, Pederson elected to go for it once again on a fourth-and-one, calling a run for Darren Sproles. It was another long-developing play that was rather predictable, and New York was able to snuff it out.

Pederson capped his dreadful showing by wasting a challenge and a timeout in the second half on an incomplete pass that had little chance of being overturned.

Carson Wentz got off to easily the worst start of his career on Sunday, throwing two terrible interceptions to start the game. Wentz threw the first on the Eagles’ opening drive that led to an early touchdown for Odell Beckham. Wentz threw off of his back foot, and the ball sailed away from him, over the head of an open Nelson Agholor, and into the arms of Landon Collins. Three plays later, the Giants went up 7-0.

On the team’s second drive, Wentz overthrew Dorial Green-Beckham, again sailing the ball over his head, leading to another turnover and short field for the Giants.

Wentz was off throughout the game. His normally pinpoint accuracy was completely gone in this one, he missed open receivers, underthrew some, and overthrew others.

Wentz did well to hang in there and lead some nice drives in the second half, but ultimately couldn’t do enough to get the Birds out the hole that he put them in early.

I’ve tried to be patient with Doug Pederson.

As a first-year head coach, that probably wasn’t quite ready for such a role, I expected some bumps and bruises along the way.

But today’s performance was just inexcusable and undefendable. Pederson was outcoached for the fourth time in five games, and repeatedly shot the team in the foot with terrible play calls and plays that were doomed to fail before they were run.

This was the first time all season where I felt that Pederson looked a guy who wasn’t just making rookie head coach mistakes; instead looking like a guy who just wasn’t cut out for the role.

That’s not to say Pederson can’t bounce back from all of this, but what I’ve seen over the last month is beginning to look troubling.

The last two weeks, it seems as though the gameplan on the offensive side of the ball has been as simple as “Put the ball in Darren Sproles’ hands, put the team on his back, and see how far he takes us.”

If Pederson simply attempted field goals early in the game, the Eagles would either be lining up for a winning kick at the end of the game, or padding their lead.

The Eagles have now fallen to .500 at 4-4, lost four of the last five, and have sunk to 0-3 in the division, last place in the NFC East. The playoffs are fading by the week, with more difficult matchups on the horizon.

Josh Huff Was Made The Example