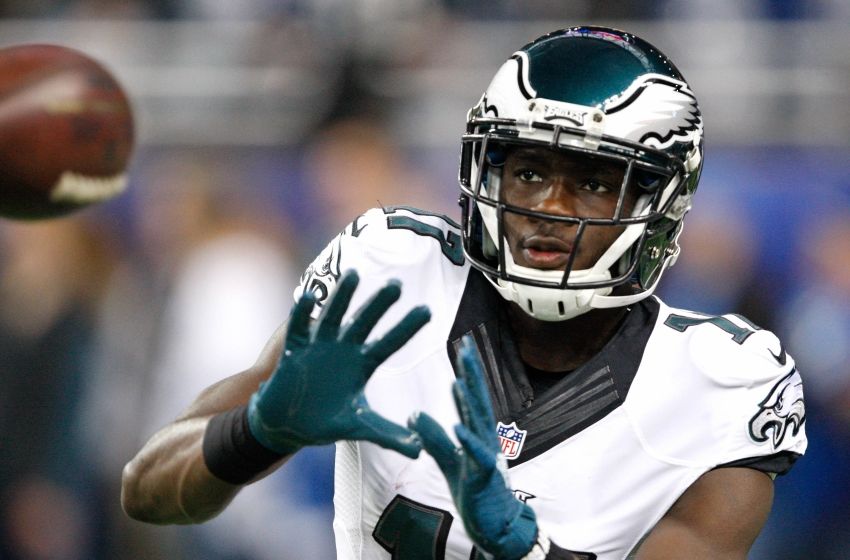 It’s Time To Move On From Nelson Agholor

Nelson Agholor, once again, cost the Eagles with a horrendous drop.

Towards the end of the second half, Carson Wentz found Agholor open in the middle of the field, delivered a strike, and the former first-round pick let it bounce right off of his hands.

Agholor is completely useless. He’s actively costing the team week to week. It’s time for the team to cut their losses, and move on from Chip Kelly’s former first-round pick. Removing him from the offense would be a case of addition by subtraction.

Agholor is beyond redemption at this point. The second-year wideout entered the game with just 27 catches for 264 yards and one touchdown on the season. In his 23-game career, he has just 50 grabs for 547 yards and two scores. There’s nothing special about his skillset. He doesn’t have size. He doesn’t have elite speed. He certainly doesn’t have good hands.

I refuse to believe that the Eagles wouldn’t be better off with Paul Turner on the 53-man roster. Frankly, I don’t care who it is. Bring up Turner. Sign Jason Avant, or another veteran wideout off of the streets. At this point, its just essential that Agholor not see the field again as a Philadelphia Eagle.

The Cost Of “Finishing Strong” And Winning Meaningless Games

With a 6-9 record and nothing to play for, interim head coach Pat Shurmur and quarterback Sam Bradford put a heavy emphasis on beating the Giants to close out the season. The message at the time was that it was important that the defeated Eagles “finish strong” and end the season with “something to build on” for next year.

Let’s see what that great win over the Giants achieved.

The Eagles finished with a 7-9 record, and the 13th pick in the first round. If they had lost and fallen to 6-10, they would have finished with 8th overall pick in the draft, a pick they ultimately traded up for and later traded to select Carson Wentz. If they didn’t need to exchange picks with Miami to move up to the second overall pick, they could have possibly picked up additional draft picks in the mid rounds by dealing Byron Maxwell and Kiko Alonso to the Dolphins.

But more importantly, they could have also avoided this road trip to Seattle entirely.

If the Eagles had lost the meaningless finale, it would have been the Giants going out west to play Seattle, while the Birds would have gotten a much cozier matchup in London with the equally offensively inept Rams.

“Illegal Formation” Is The Weakest Penalty In The NFL

The struggling Eagles offense cannot afford to have what few big plays they do produce called back.

In today’s game, the Birds had a 50+ yard score by Zach Ertz wiped out by an illegal formation penalty, a call which apparently is decided by a matter of mere inches.

This is one of the worst penalties in the league. It has very little impact on most plays, and constantly when big plays are wiped out, illegal formation is one of the most common calls against an offense. For a league with declining ratings that wants to find ways to bring fans back, wiping out nitpicky, inconsequential penalties like the illegal formation (or at the very least altering the rule) would probably be to the league’s benefit.

This was not a game that many people expected the Eagles to win.

Carson Wentz and the Eagles’ offense just doesn’t have the firepower to challenge Seattle on their home turf. It was a terrible matchup for a rookie quarterback on a young team with no playmakers at the skill positions.

The Eagles came out with fairly sound gameplans on both sides of the ball, and hung tough through the first half, but as breaks began to fall Seattle’s way, it wasn’t long before the battle-tested veteran team took the inexperienced Eagles to school.