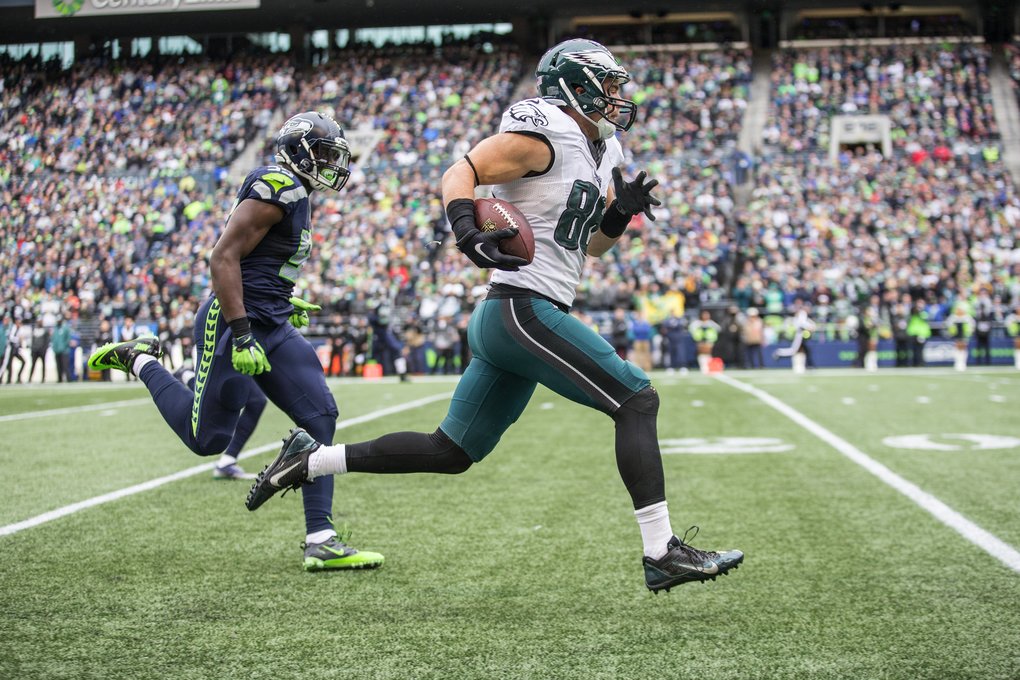 I know you’re hearing everybody talking about the meltdown of Nelson Agholor, but he wasn’t the only reason the Eagles lost 26-15 yesterday to the Seattle Seahawks.  The offense struggled for most of the game and they turned the ball over a couple of times, but the defense was unable to stop the Seahawks from running or passing the ball, so they have to take much of the responsibility for the loss.

The mistake Agholor made before Zach Ertz took off on a 57-yard catch and run touchdown was a costly mistake that seemed to take the air out of the Eagles.  Still Agholor wasn’t playing defense.

Before everybody could get comfortable in their seats, Seahawk running back C.J. Prosise took off on a long 72-yard touchdown run.  Rookie cornerback Jalen Mills wasn’t ready to make the tackle because he was looking at his pass coverage.  Prosise put a move on him and outran Rodney McLeod to the end zone.

The defensive line was unable to get much pressure on Russell Wilson.  They did get one sack, but for the more part, Wilson did whatever he wanted to do and he got outside of contain.  Wilson is very difficult to keep in the pocket because he comes inside of a defensive end that gets too far upfield, and he still gets outside and buys time for his receivers to get open.

Everybody has stressed the Eagles problems at the wide receiver position, but the team’s cornerbacks don’t have enough speed and talent to shut down the league’s best wide receivers.