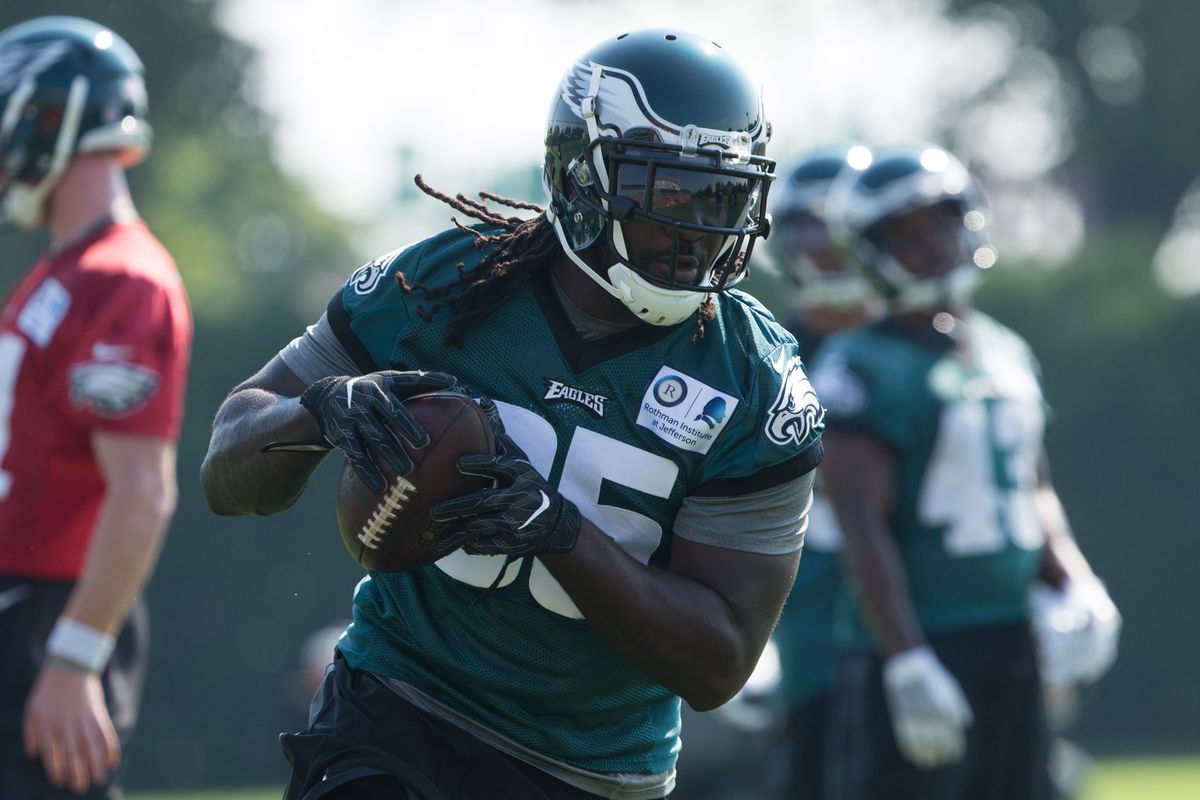 Eagles’ head coach Doug Pederson addressed the media on Tuesday, during the session Pederson was asked about the rumors that veteran running back LeGarrette Blount could be on the roster bubble.

Pederson quickly put any talk of Blount’s release to bed with a strong, emphatic endorsement of the former Patriot.

“The guy’s a beast of a runner,” Pederson said. “I don’t know what else to tell you, 18 touchdowns, 15 in the red zone last year. That’s the production you saw yesterday, the style of running he can do. … I’m excited he’s here and he’s going to be a big part of our offense.”

There’s typical coach-speak, where the coach answers a question with a bunch of cliches, or gives a lukewarm endorsement of a guy that’s close to a release. Remember when Chip Kelly first arrived in Philadelphia and was asked about cornerback Nnamdi Asomugha’s future with the team and uncomfortably stated that Asomugha had “a skillset that could play football”? Asomugha was released shortly after that statement.

But there was nothing lukewarm or hollow about Pederson’s words about Blount. That was confident, powerful endorsement of a guy he’s planning to build part of his offense around.

Pederson went on to comment about the types of plays that have been called in the first two games, and how they haven’t placed Blount in the best position to succeed.

“We’re trying to execute our plays,” Pederson said. “As coaches, we might be doing players injustice by putting them in bad situations; I’m just going to be honest with you.”

The Eagles have run the majority of Blount’s plays to the outside so far. Blount’s skillset isn’t tailored to that style of running, and the few plays where Blount has been called upon to do what he does best and run with a full head of steam between the tackles, he’s been productive.

I think the panic about Blount and the running back position has been very overblown. People have characterized Blount as slow, and overweight, but I think in Philadelphia people just aren’t used to seeing that style of running back.

As Philadelphia fans, we’re used to quicker, more well-rounded types of running backs like the Brian Westbrooks and Duce Staleys of the world. The 250-lb bruiser is a type of player that both Andy Reid and Chip Kelly never really brought in to town. And so we see a guy that looks bigger, and isn’t as fast, and five preseason carries later, a lot of fans and media members alike are ready to declare that its already a failed experiment and that the team can’t move forward with it.

Blount’s presence here is a different style of running back that some people need to adjust to. He may not be a perfect fit for what Doug Pederson wants to do, but he’s been a very effective piece of some great football teams, and while he doesn’t represent a long-term answer for the position, he’s going to be a big part of this team, and I believe he’ll be fun to watch.

Notes From The Phillies’ 12-8 Loss To Miami

After a 3-year hiatus, I’m back! No way am I paying to blog on Philly-com.
In large part, their articles suck, anyway.

Welcome back DW paulman left for being a kkk member lol

DW… you are back in as GCobb is going away… there are about 5 posters these days. Many have left disgraced and beaten