Video: Loss Could Serve As Wake Up Call For Eagles 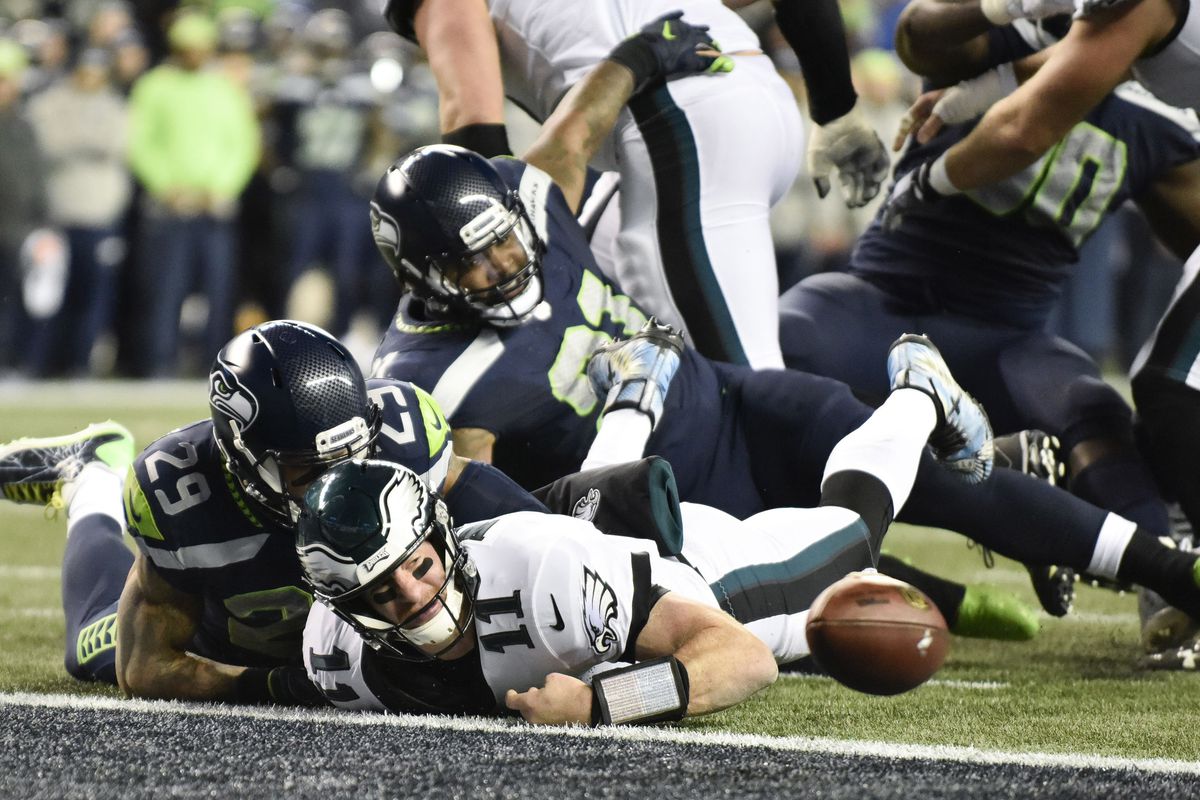 I know the Eagles loss to the Seahawks was very painful because it ended at nine game winning streak by the Birds, but I think it could wind up helping the Philadelphia team in the long run.  The Eagles will need to take a sober look at their performance against the Seahawks and that starts with the head coach.

Doug Pederson wasn’t aggressive enough in the first half against Seattle.  The Seahawks were playing without Pro Bowl defensive backs Richard Sherman and Cam Chancellor, so the Eagles needed to attack them with their passing attack. Unfortunately they waited until the second half of the game to go after them.  Hopefully, Pederson will learn from this, so in the next big game, he comes out on the attack.  Pete Carroll and the Seahawks, who have played in many big games and won a Super Bowl, came out on the attack.

Second to Pederson, Eagles quarterback Carson Wentz must play better under the spotlight of a national television game.  Wentz was far too pumped up for the game and he cost the Birds two sure touchdowns.  First, he overthrew a wide open Nelson Agholor on a deep crossing route in the first half, which would have been a sure touchdown.  Secondly, he fumbled the football on the one-yard line and it cost the Birds a touchdown in the second half.

Veteran wide receiver Alshon Jeffery cost the Eagles four points when he was called for holding, when LeGarrette Blount ran the ball to the four yard line.  It would have been first and four at the four yard line instead they were hit with a penalty that backed them up to the 14 yard line.   The penalty was blatant and totally unnecessary.  He’s got to have his hands inside of the other player’s shoulders or he will be called for holding.  Jeffery must make this correction.

Big V did a poor job at the left tackle position against Frank Clark.  He was setting far too wide and letting Clark inside of him.  I know it was loud in Seattle and he got out his stance late, but he must play much better if they’re going to beat good NFL teams.

The Eagles defensive line didn’t play disciplined football against Russell Wilson.  They knew he was going to try to extend plays by getting outside of contain, but the Eagles defensive ends Brandon Graham, who played very well for the most part and Vinny Curry still abandoned their assignments at times and let Wilson get outside.  If you have contain responsibility, you must stay outside.

The Eagles defensive backs didn’t do a good job of communicating with each other and were destroyed all night with pick plays.  Any time two Seahawk receivers lined up next to each other, they ran pick plays to get open and it worked very well against the Birds because they didn’t switch to counteract the pick plays.  They can’t let that happen without making the proper adjustments.

If the Birds will learn from these mistakes, they will be a much better football team and be prepared for the playoffs.