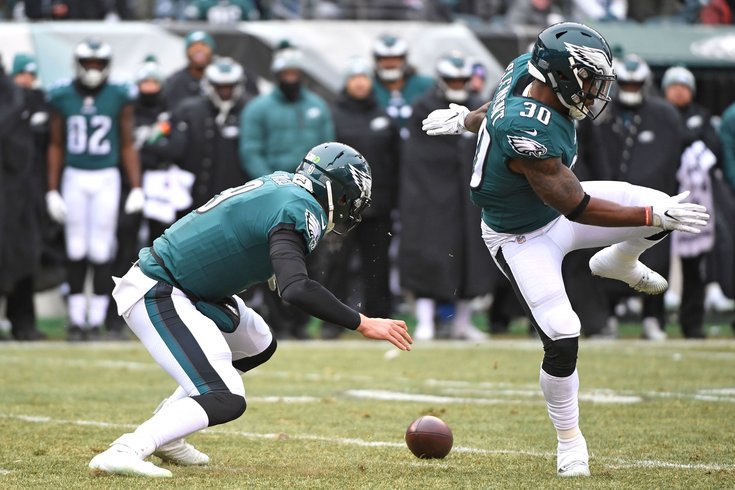 Nick Foles only played one quarter of football, and he didn’t do anything to give the Eagle faithful much confidence going into the playoffs.

Foles completed just four of 11 passes for 39 yards with an interception in his final tune-up for the playoffs.

The Eagles’ starters did move the ball on several drives, but stalled without points. Foles’ worst moment came on a terrible pass to Alshon Jeffery that was intercepted. The pass had no chance to get to Jeffery, and was an easy turnover for Dallas.

Well, the Eagles enter the playoffs on the low of getting shutout by the Cowboys in a game that had less meaning than a preseason finale.

There’s going to be a lot of concern about the quarterback position over the next two weeks, with Nick Foles’ back-to-back poor showings planting a lot of doubt in the minds of many.

Let’s look at Foles’ whole body of work for the season.

We have a limited sampling against the Cowboys in a glorified scrimmage. We have a concerning effort against a weak Oakland Raider defense, where Foles never got into a rhythm, and turned the ball over.

But we also have a solid relief effort against a tough Rams defense, where Foles came into the game ice-cold after having sat on the bench for the entire season. Foles came in and guided the team on two scoring drives to get a key come-from-behind win that helped the Eagles secure homefield.

We also have a four-touchdown effort against the New York Giants, where Foles ran the offense efficiently for the majority of the game.

I’m not telling you there’s no reason for concern, but its far from the hopeless situation that some will make it out to be.

Fortunately, the Eagles have a bye week in front of them that they can use to really clean a lot of things up without having to focus on putting in a specific gameplan for the upcoming weekend.

For the last three years, the Week 17 articles have essentially served as obituaries for lost seasons. But we aren’t done yet.