Thoughts On The Eagles’ 2018 Draft 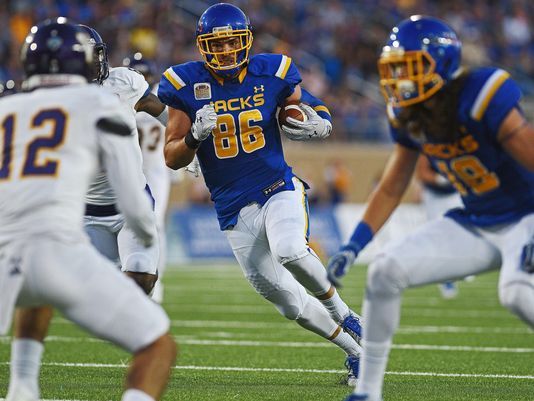 On Trading Out Of The First Round

The Eagles’ biggest decision of the weekend came on Thursday night, when they elected to trade the 32nd overall pick to the Baltimore Ravens in exchange for their second-rounder this year, the ability move up seven spots in the fourth round, and their second-round pick next year.

I was alright with the trade. I wasn’t blown away by the return, but I also wasn’t upset with the move either. This is the kind of trade that will feel a lot better a year from now when the Eagles have three picks available to them in the first three rounds. Baltimore is far from a lock to make the playoffs, so there’s a decent chance that pick could fall somewhere between the late 30’s and mid 40’s.

But in the short-term, the Eagles really didn’t pick up any additional resources for this year. I don’t think there was a world of difference between the quality of player the team could have gotten at 32 or in the middle of round 2, but it would have been nice to pick up an additional mid to late round pick for this season, acquiring an extra fifth instead of moving up seven slots in the fourth round would have been more ideal, but it’s clear that Howie Roseman really coveted the idea of getting another second rounder next year, and in order to make that happen the team had to take a hit on what they were able to get back for this season.

The Eagles have the luxury of not having any glaring holes on their roster going into this draft, so it was a good year to be lacking in draft capital.

On The Dallas Goedert Pick

When the Eagles finally made their first selection, they ended up trading up three slots in round 2 to pick 49, scooping up tight end Dallas Goedert.

I really loved this pick. The Eagles needed to replenish their depth at the tight end position after losing Trey Burton in free agency and releasing Brent Celek. Zach Ertz has emerged as one of the top tight ends in football, but he has tended to get a bit nicked up over the course of the season, so having some kind of quality depth with upside behind him was really important.

Goedert could step in and contribute right away. Down the line, he and Ertz have the potential to become a pretty lethal combination at the position.

On The Rest Of The Draft Class

Avonte Maddoz: The Eagles keep adding talent to the defensive backfield. They’ve now spent picks in rounds two, three, and four over the last two drafts on corners. Maddox is built to handle the slot, where the Eagles lost veteran Patrick Robinson, but he’s going to have to earn the role through training camp.

Josh Sweat: I think this is a pick for future seasons. The Eagles could potentially lose Brandon Graham to free agency next year, Chris Long probably retires, and there’s no guarantee Michael Bennett will be around either. I would expect Sweat to go down with a phantom injury in the preseason, with the idea of developing him for 2019.

Matt Pryor/Jordan Mailata: A couple of late-round projects for the offensive line. I would be surprised if either guy made the final 53-man roster, they’re much more likely to be practice squad material.

When looking at this draft class, you have to take into account several things.

This draft class was weakened by deals the Eagles made in the last two years, but those moves resulted in a Super Bowl Championship, so hey, no complaints here.

The Eagles no longer owe any picks to Cleveland from the trade that allowed them to take Carson Wentz in 2016. What a steal that move was for the Birds. The team came away with a franchise quarterback, while Cleveland has turned the draft capital that they got into one win over the last two years.

Also keep in mind last year’s second round pick Sidney Jones will have a chance to contribute from Day 1 this year, which may help make up for some of the missing high picks this year.

Avonte Maddox Has The Skills To Play Slot Corner

Sixers Must Make A Commitment To Play Defense