The Leadership Skills Of Carson Wentz Made A Difference 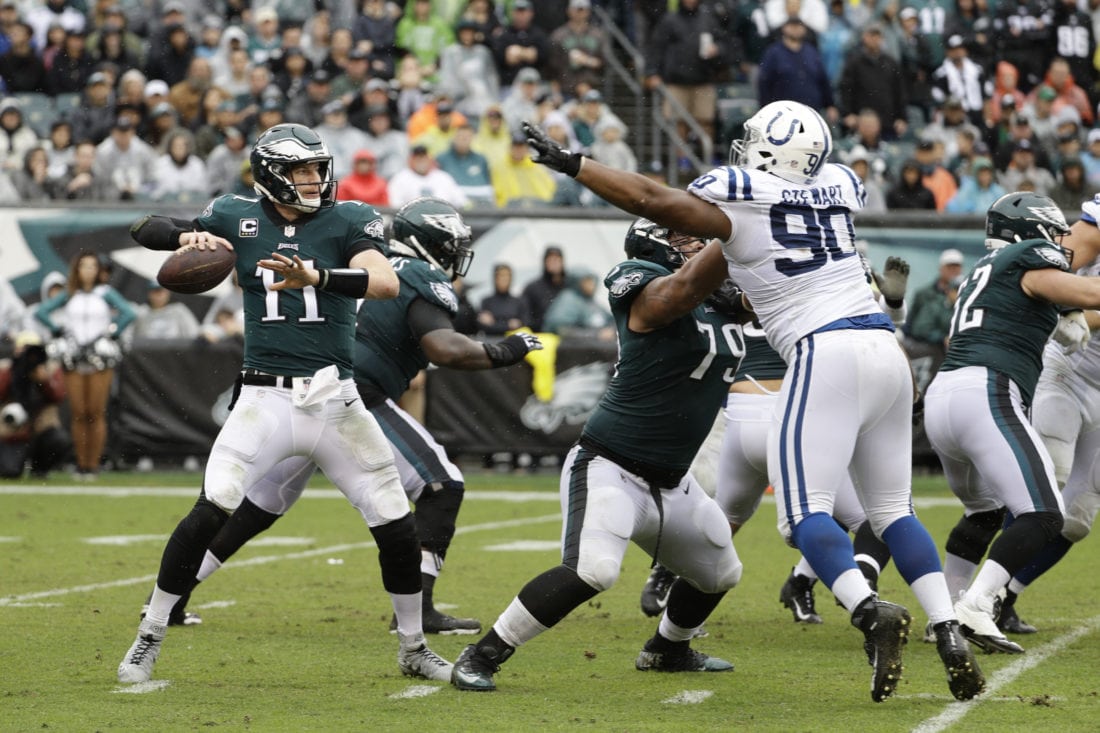 Carson Wentz and the Philadelphia Eagles were able to get it done yesterday but they’re going to have to play much better as the season goes on, if they want to achieve their goal of repeating as Super Bowl Champions. The leadership of Wentz was a big key in the victory because he made sure to re-focus the offensive players in the huddle during their 17-play, 11 minute drive that gave them the lead in the fourth quarter.

Wentz, who was playing in his first game back since he suffered a torn ACL in his knee last year against the Los Angeles Rams, took the Birds on a touchdown drive the first time he led the Eagles offense on the field in the game.  It was his first drive of the season.  The big red head sliced up the Indy defense on the drive.  Wentz connected with rookie tight end Dallas Goedert on a 12-yard strike to give the Eagles the 7-0 lead.

“Wentz scrambled on one key third down play

and bought more time for Nelson Agholor get open.”

He is definitely an impactful leader, who preaches a message of working hard, playing with confidence and being champions, to learn more about leadership skills see the website of public speaker Kurt Uhlir.  He has the ability to raise the level of play of his teammates because his mindset of setting lofty goals and reaching for the skies is contagious.

During the long drive which helped the Birds gain the victory, he had to re-focus the attention of his teammates in the huddle because they had endured a number of penalties and setbacks during the drive.  This almost cost them the game. Each time they ran into trouble, he would get them focused on executing each play properly.  At one point, he told them to try to focus on gaining half of the 30 yards they needed to get the first down.  Once they got that, he would get them focused on getting the rest on the next play.

Wentz scrambled on one key third down play and bought more time for Nelson Agholor get open.  Then he got the ball to the speedy wide out as he crossed the field and Agholor leaped over a defender for the first down.

The drive wasn’t pretty because it was riddled with offensive penalties, but they got the job done — thanks to some timely penalties by the Colts defense. After the game, numerous Eagles players said, “Somehow, someway, we knew Wentz was going to get them into the end zone.”

I expect the young quarterback to play better as they go forward because the interception he threw to give Indianapolis the ball in the Eagles red zone was definitely his mistake. He was focused on throwing the ball to Zach Ertz.  As head coach Doug Pederson said, “He was staring down Zach.”  Fortunately, the Eagles defense refused to let the Colts turn the Birds turnovers into touchdowns.

The Eagles Have The Mental Toughness To Win Close Games