The Eagles Found A Way 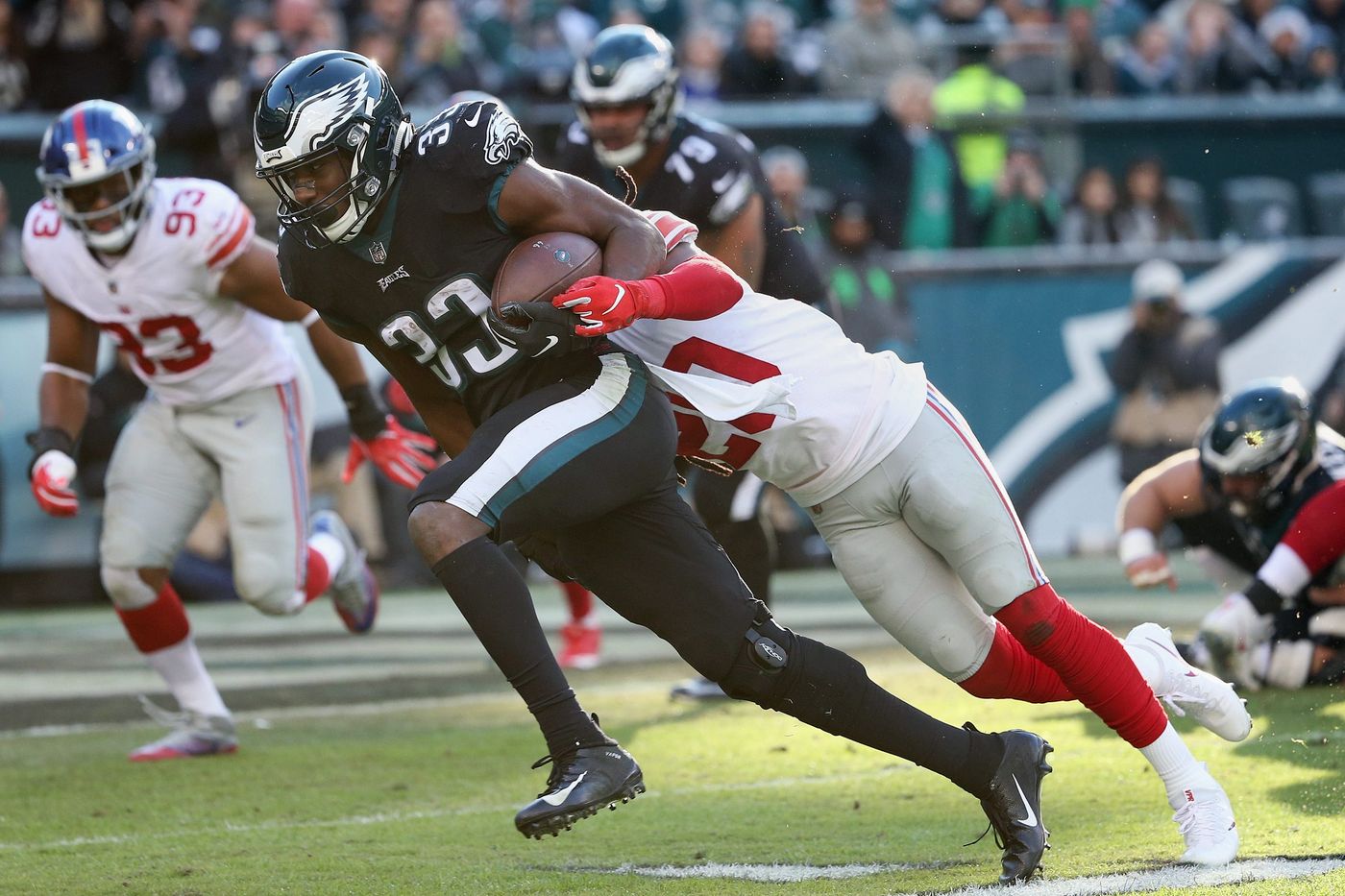 It wasn’t pretty.  It wasn’t done in the fashion of a dominating team, but the Eagles won the football game and that’s really all that matters. Yes the Philadelphia Eagles found a way to beat the New York Giants and the New York squad isn’t anything to write home about.   It’s not a matter of the Birds being some great team right now, but yet it was a win, a very important win.

The Eagles had to come back from a 19 to 3 deficit.   They should be commended for that because the season was on the line. If the Birds had lost today’s game to the Giants, their chances of making the playoffs would be over.  A loss today would have left a very slim chance that they would make the playoffs.

After a poor first half, the Eagles dominated the line of scrimmage on both sides of the ball.  They shut down the New York running game, which was really tearing them apart.  Saquon Barkley was having a field day against the Eagles in the first half, but in the second half it was a combination of the Eagles offense hanging onto the football and putting together long drives, and the defense stepping up their game that kept the Giants offense in check.  You must give the Eagles defense credit for holding the Giants offense to just 55 total yards in the second half, but you also must give the Birds offense credit for keeping possession of the ball by putting together long scoring drives.

You have to give Eagles head coach Doug Pederson and his staff credit for going in at halftime and putting together a plan to take control of the football game.  They decided they were going to establish their running game and take control of the game by feeding Josh Adams and Corey Clement.  You can’t say enough about rookie running back Adams, who had an outstanding day with 84 yards on 22 carries and a touchdown.  Adams, who had a long touchdown run called back in the first half because of a holding call, led the way as the Birds took over the game in the second half.

Giants quarterback Eli Manning had been able to operate in the first half without any pressure from the Eagles pass rush, but in the second half, Michael Bennett, Chris Long and the rest of the Birds defensive line made their presence known by getting to the New York quarterback.  They found a way to get the job done defensively by making stops but the big thing is their offense got their running game going.  The Giants had 354 yards of offense in the first half but only 54 in the second half.   That’s amazing.

Carson Wentz didn’t have a dominating performance today, but he got the job done.  Wentz completed 20 of 28 passes including a touchdown pass to his favorite target Pro Bowl tight end Zach Ertz.  The Birds tight end continued his record-setting season with seven catches for 91 yards.

Wentz also completed a very important fourth down pass to Nelson Agholor with the game on the line.  That fourth down completion occurred on the game winning drive.

Eagles safety and defensive leader Malcolm Jenkins made the most important defensive play of the game, when he picked off an Eli Manning pass just before the half to give the Birds momentum going into the locker room despite trailing 19-11.

I know you might find it hard to get excited about a team that’s not even .500, but this year’s Eagles team could make the playoffs by winning the NFC East.  They’re only one game out of first place and they have their fate in their own hands.  Think about it, the other teams in the division, Dallas, Washington and New York are nothing to write home about.   If the Birds handle their business they will be in the playoffs, so don’t be surprised if they make it.

The run games of both teams in this game were crucibles to achieving their goal. It may not be sexy, but in the five Eagle wins their rushingbstats excelled. Not by coincidence the protection of wentz by feeding the beast 25-30 times allows for the defense to take a blow . As the nfc least is defined by dallas vs new orleans the birds can host washington and be tied with a win . In all likeliehood the birds will need win 4/5 down the stretch with a west coast Rams game circled.

Spot on with this write-up, I really assume this web site wants rather more consideration. I’ll probably be again to read much more, thanks for that info.