The Eagles Should Not Pursue Amari Cooper!!! 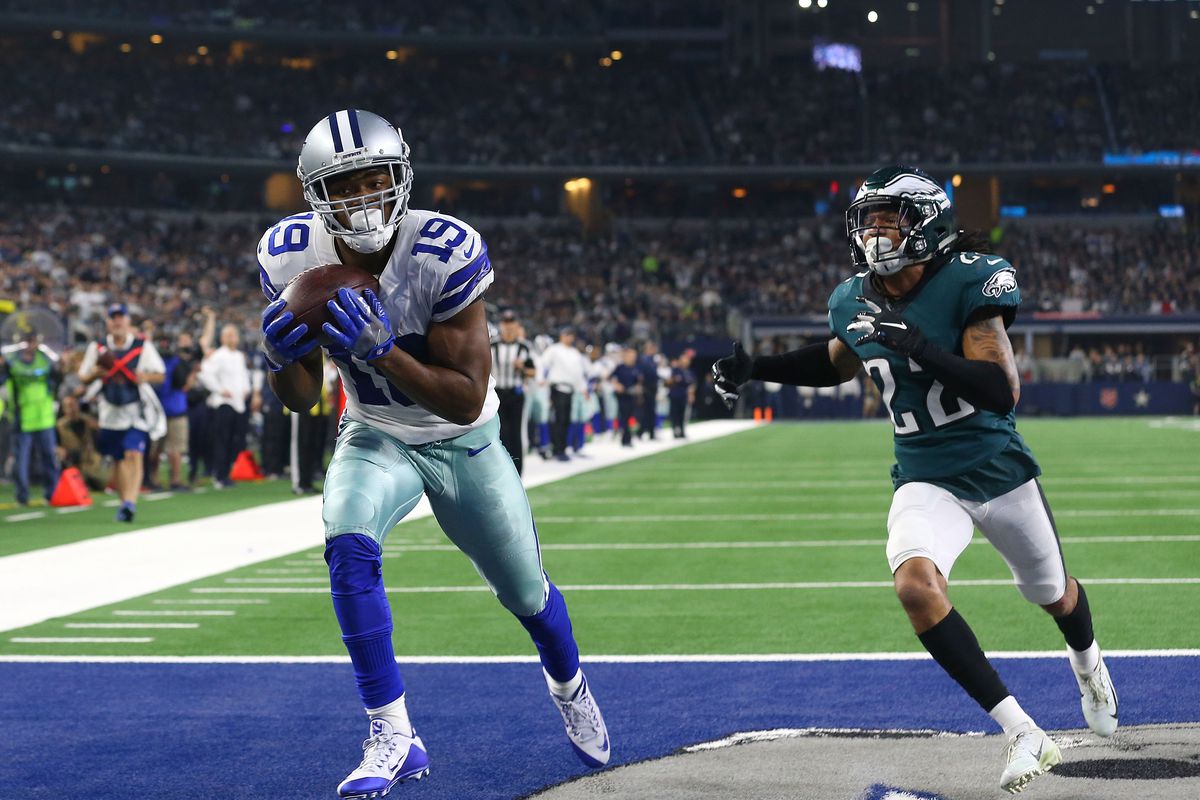 I don’t want to see the Eagles go after the Dallas Cowboys wide receiver Amari Cooper.  Yes, he’s got tremendous talent.  He’s got average size at 6’1″ 203 pounds, good speed 4.42 and he runs just about the whole route tree.   Most of the time, he’s able to get open, but a Amari Cooper has got no heart.  He’s not a fighter.  He doesn’t have that “Dog in Him”.

He doesn’t play with passion especially when things get competitive.   Last year against the New England Patriots when he was being covered by Stephon Gilmore, who was the NFL Defensive Player of the Year, he not only did not catch any passes in a game where they needed him desperately.  Gilmore ate him up in front of the nation and Cooper didn’t compete.  He didn’t fight Gilmore and Philadelphia fans would not put up with that.  Not only did Gilmore hold him to zero catches, but Gilmore picked off a pass.  The cornerback who was covering Cooper caught more passes than he did in a matchup, which the entire league was waiting to see.

I could have been able to deal with him being outplayed, but I can’t deal with the fact that he didn’t compete.  HE DIDN’T FIGHT!!!   If you want to be a championship team, you must have fighters on your ball club.  You must have leaders who want to compete and who are willing to compete, when the season is on the line.  Cooper didn’t compete with the Cowboys season on the line.

If he were to come to the Eagles he would get a huge contract and that will make him a team leader.   He would be a leader on the team regardless of whether Doug Pederson and his staff wanted him to be a leader or not because the guys that are making the most money on the team are considered leaders. Cooper would be a leader on the Eagles, but he does not have that “Dog in Him”.   He’s soft.  His leadership would hurt the entire team.  I would rather see the Birds look elsewhere.

Cooper is the type of guy, who flourishes when things are going well. He doesn’t shine when the team is in a challenging situation and somebody needs to step up.  He had the same problem in Oakland with the Raiders.  The guy has all the talent in the world, but he doesn’t have that “Dog in Him”!!!  The wide out will get eaten up here in Philly, if the Birds were to acquire him.

Look at the Cowboys last year.  They had some of the best talent in the league, but their biggest problem is guys like Cooper, who didn’t compete when the game or their season was on the line.  Do you remember the Eagles-Cowboys game for the playoffs?  It was the end of the game with the season on the line, Amari takes himself out of the game.  Yes, you had the final play with the Cowboys at the Eagles twenty-five or thirty yard line with the time running out, Cooper is standing on the sidelines.  We don’t need to bring a guy like that into Philadelphia because he will get eaten alive because he doesn’t have that “Dog in Him”.

When the season was on the line he would not compete against the best players in the league.   You need your best receiver to take over and dominate.  I don’t want to see the Eagles go after Cooper because it was set at a mindset on this team of guys not competing and not being fighters.

The fact that the Eagles won a Super Bowl a few years ago means, the Birds fans are not going to be content with anything but winning titles.  They’ve got to win championships.  The fans are not going to be happy with anything less. Amari Cooper may be able to help the Eagles put up numbers, but he won’t help them win championships. The guy is not a fighter.  He is a nice guy but he’s not a fighter.   It’s that simple!!!

I will take a close look at the other NFL wide receivers, who are available for signing and identify some better prospects for the Birds.

Where do they go from here?

Building Around Wentz: The Key to the off-season for the Eagles