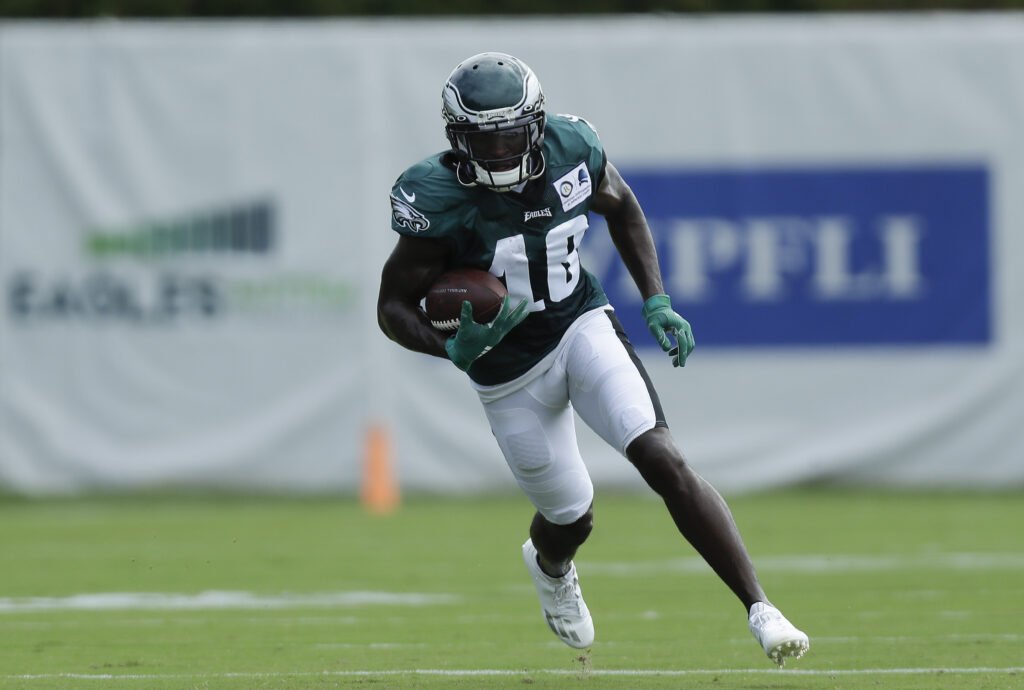 At Eagles practice earlier today, I was impressed with what I saw in Eagles number one draft pick, wide receiver/kick returner Jalen Reagor.   The first thing you see is the fact that he’s not very tall.  But once he comes off the ball, starts running routes and catching the football, you see a mature route runner with strong sure hands.   He’s very strong in both his upper body and lower body, plus he refuses to let the defender push him around.   Reagor is short, but he’s able to push cornerbacks and safeties around.

The youngster runs good precise routes and he has a command of the route, meaning he puts the defender on his hip and sets up.   I like the way he catches the football with his hands.  He’s got soft sure hands.

He’s got toughness from both a physical and mental standpoint.  Reagor does a great job of setting guys up on his routes.  He’s where he needs to be, when he needs to be there.   You can see that the youngster has mentally mastered the system.

You can see the speed and the quickness in the manner that Reagor plays the game.   I’m especially impressed because Reagor’s only a rookie.  He just seems to have that poise, which you need during the route to get the defender to bite off of the fake.

I could also see one very important factor which should help him greatly in his first season and that’s the fact that Carson Wentz has no problem looking form.    When Wentz drops back he’s got a confidence in this young man, which you can clearly see.  The Birds franchise quarterback believes the rookie is going to be where he supposed to be.