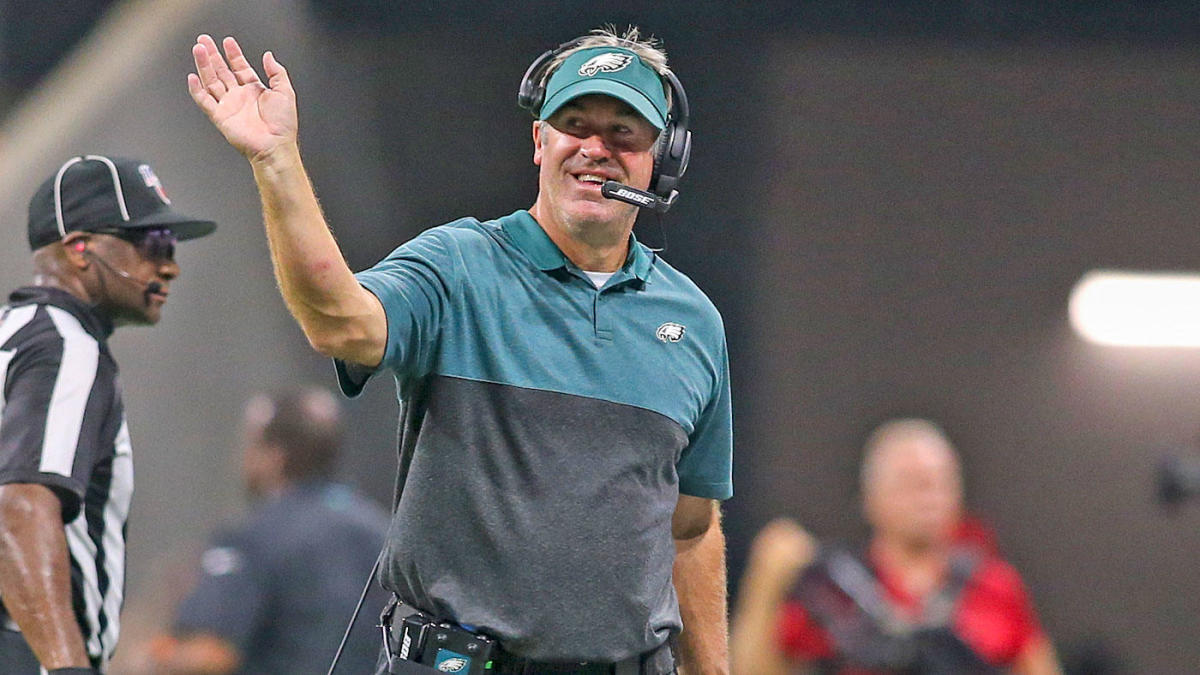 The Eagles are set to kick off their 2021 NFL Campaign tomorrow at 1pm against division rival Washington. After going 13-3 and winning the Super Bowl three seasons ago, the Eagles finished 9-7 back to back years and haven’t advanced past the divisional round of the playoffs.

With the crazy times we are in, a pandemic that has caused no preseason and a limited off-season, the Eagles are fortunate that they are returning their Head Coach, and most of their key players. The should have the upper hand in this area over every team in their division. Washington, Dallas, and New York all changed head coaches this offseason which could result in them starting slow out the gate. With Pederson, Wentz and possibly 4 starters on the offensive line all ready for week one, the Eagles are in great shape to start the season strong.

When the NFL releases every teams schedule, it is hard not to play the win loss game. Most seasons, I will look at the schedule about 10 times between the release date to opening day and come up with a different number. This year, I tried not to get too attached to this schedule due to the constant changing the MLB, NHL, and NBA endured during their restarts. However, the NFL hasn’t deviated from their original schedule.

At first glance you should notice the week 8 bye. Yes, having the bye in the middle of the season is beneficial in terms of rest and getting healthy, but for the Eagles, it comes after a tough 5 game stretch. Going to San Francisco and Pittsburgh, then three straight at home vs Baltimore, NY, and Dallas is going to be a brutal and pivotal 5 weeks.

After finding where the bye week is going to be, the next thing we should point out is the level of QB play we are going to face. Of course injuries can change this, but as of the beginning of the season, the Eagles will only play one rookie QB and he happens to be the number one pick from the draft. Joe Burrow, who without a preseason, will undoubtedly have his growing pains and the Eagles shouldn’t struggle stopping him but outside of Burrow and maybe Washington’s Dwayne Haskins, the Birds are facing a Bonafied NFL starting QB every week. There are 10 games where I believe Carson Wentz will have to clearly outplay his counter part. The first stretch consists of Jimmy Garoppolo, Ben Roethlisberger, Lamar Jackson, Daniel Jones, and Dak Prescott. Wentz is definitely better than Ben, Garoppolo, Jones, and Prescott, but those are big games and those teams are solid so Wentz needs to perform at a high level. The second stretch consists of Baker Mayfield, Russell Wilson, Aaron Rodgers, Drew Brees, Kyler Murray, and Dak for a second time. Once again, Wentz is probably the third best Quarterback during that stretch but all those teams have better weapons than him. With that being said Wentz has to make sure he is playing at an All-Pro level to help the Eagles win.

Overall I have the Eagles going 11-5. The five losses would be San Francisco, Baltimore, Seattle, Dallas on the road, and Arizona. At 11-5 I expect the Eagles to win the division for the 3rd time in 4 years. The NFC is extremely tough, especially with the emergence of Tampa Bay, so I wouldn’t expect them to hold the 1 or 2 seed.

Throw The Ball Away Carson!!! Don’t Try To Be Superman!!!