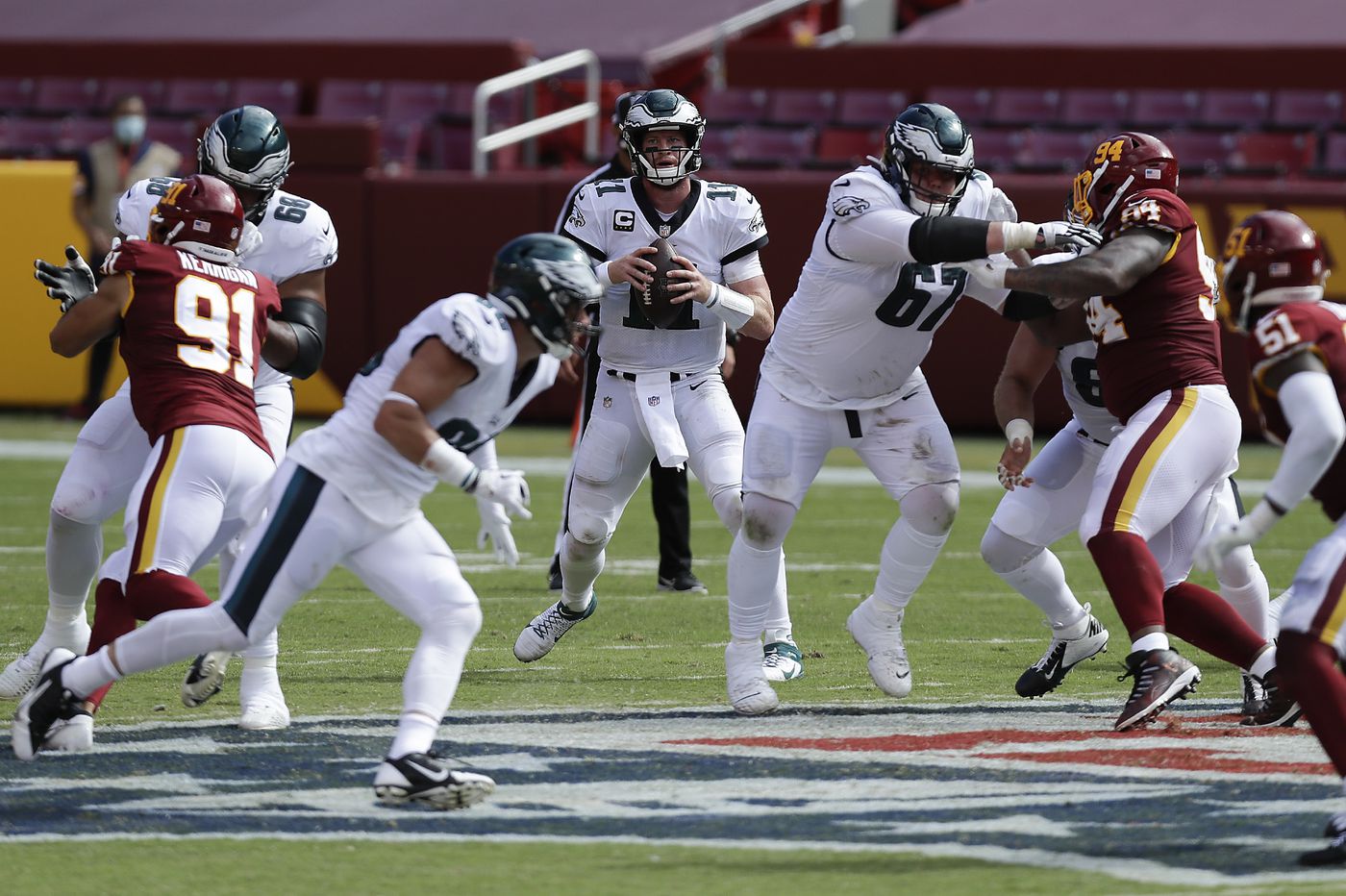 The Eagles will have their work cut out for them this weekend.  Of course they’ve got a find a way to block Aaron Donald.  They’ve got to know where he is on each snap and they’ve got to get him blocked.

Their next challenge will be eliminating mistakes.  Execution isn’t easy when you didn’t play any preseason games and you have key players sidelined with injuries, but they still have to get the job done.  A lot of it falls on Eagles franchise quarterback Carson Wentz, as it did last week. He’s got to make better decisions and he must resist being impatient with the football.  He must be willing to take what the defense gives him.  If a five-yard route to Zach Ertz or Dallas Goedert is open he should take it.  It’s going to open up the deep plays as the game goes on.

Carson, go ahead and take what the defense gives you.  Don’t be so greedy to the point where you’ve got to have everything on every play.  He’s got to be more patient.   He’s got to let the game come to him.  You don’t try to do everything all at once. Just be more patient because you’ve got some big play receivers out there in DeSean Jackson and Jalen Reager.  Both of those guys can make big plays for him.  He’s got deep threats and he knows he can work underneath all day long to Ertz, Dallas Goedert and Miles Sanders.  He just needs to be patient.  Take what the defense give him.

Wentz should have a big game every time he walks out there with all these weapons, if he will be patient.  He should start off the game getting the football out of his hands.  Put together a couple of long drives with multiple throws to Ertz, Goedert, and Sanders.   The Rams defensive line will be out of gas by the time the Eagles put the ball into the end zone.

Once you tire out their defensive line, you can start looking further downfield.  If he will take what the defense gives him initially, it will allow him opportunities to get the ball to his big time playmakers downfield.  He would have a big game each week as long as he was patient.

Wentz can help out his offensive line, if he will get rid of the ball quickly, early in the game.  He shouldn’t start the game relying on routes which require seven step drops.  Work the defense over with the short throws, then as the game continues, he should start going up top for Jackson and Reagor.