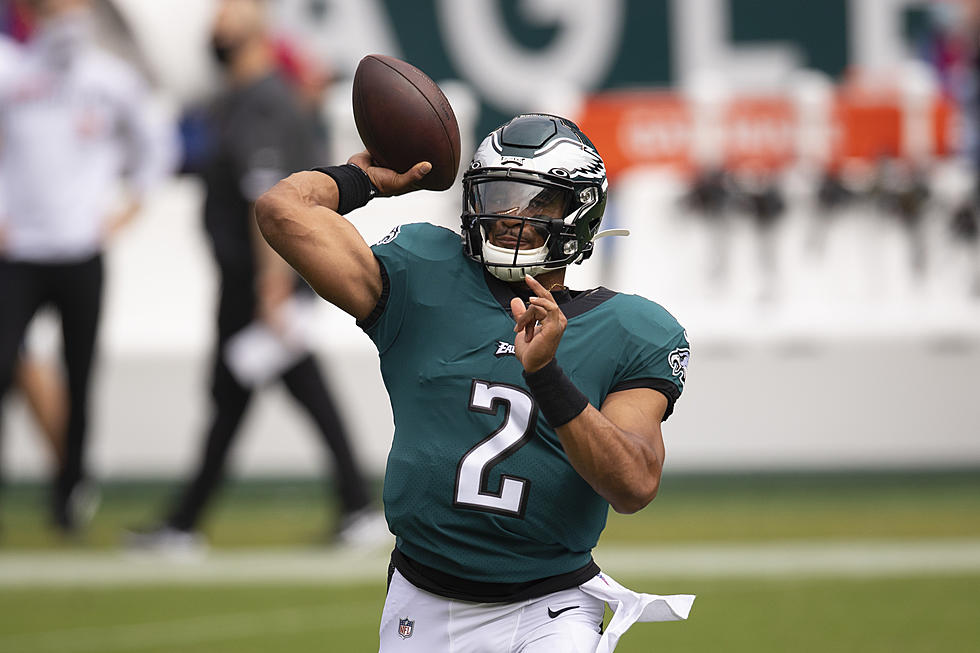 Eagles quarterback Jalen Hurts excels at the leadership requirements at the quarterback position.  His Dad is and was a head football coach.  He knows how to be a leader both on and off the field.  This part of the game doesn’t come natural to current Indianapolis Colts signal caller Carson Wentz, so Hurts’ leadership qualities didn’t help Wentz in comparison.   Wentz was clearly bothered by the drafting of Hurts and his presence on the sidelines.  The former number two pick in the draft, couldn’t seem to focus on doing his job properly with Hurts on the roster.

I don’t think Hurts would have reacted in that manner, if he were put in the same situation.  The former Oklahoma and Alabama quarterback knows how to inspire guys in the huddle and he knows how to do all the things from a relationship standpoint to be a tremendous leader.  If leadership was the only requirement for success at the quarterback position, then Hurts would be headed to the Hall of Fame.  He knows when to take over and when to shut up.  He knows how to take criticism and not let it bother him.  He knows how to thrive in the middle of controversy day in and day out, by focusing and concentrating on football.

This ability is very important here in Philadelphia because of Negadelphia.  I gave the Philadelphia sports community that name years ago because the criticism can get pretty severe here.  Negadelphia, which consists of the many extremely tough and demanding sports media and fans here in the area, can make enough noise to cause a player to lose his focus on doing his job on the field or court.  Negadelphia is capable of running players out of the area.  You see that occurring right now with the weak-minded Ben Simmons of the 76ers.

I know great quarterbacks who had problems with the Negadelphia part of the Philadelphia sports fans.  Criticism is something you have to deal with if you’re going to play in Philadelphia.  Donovan McNabb was a great NFL quarterback, but he was bothered by all the noise that Negadelphia made.  I think it bothered Wentz last year.   He says he wasn’t listening, but he played like a player who was being bothered by the criticism.  His play got worse game after game.  It seemed that he would make a mistake and get down and never recover from it. He played like a player who was listening to the criticism.

Hurts showed everyone in his college career that he can block things out.  The young man is very disciplined when he’s interviewed.  I’ve seen him refuse to take the bait and start getting into controversy during an interview.  Remember he was benched during a National Championship Game, but refused to say anything controversial after watching Tua Tagovailoa rally Alabama to a huge win.  He was able to keep his composure in the “Football is Everything” atmosphere of Alabama.  He’s dealt with tremendous amounts of criticism, yet refused to let it bother him.

I’ve seen Negadelphia get under the skin of numerous great stars.  I’ve seen many players get frustrated and angry about negative comments made by the local sports media or fans, but I don’t see that happening to Hurts.  He’s just the opposite of Simmons.  Again, I don’t think Hurts will be bothered by Negadelphia.