Jalen Hurts Must Not Rely On His Ability to Scramble 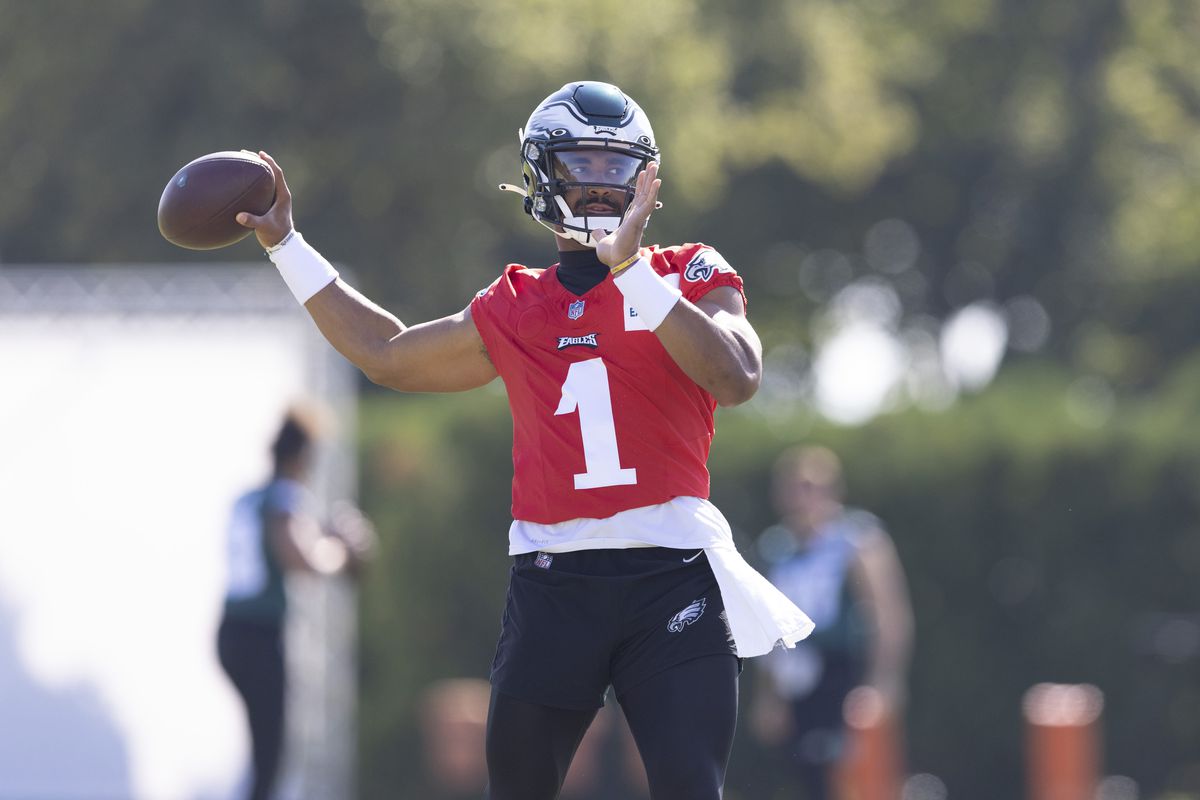 Eagles head coach Nick Sirianni was not happy with Jalen Hurts yesterday, as the Eagles practiced against the New York Jets.  Sirianni was riding the young quarterback and I appreciated the job the Birds head coach was doing. Hurts was doing something that reminded me of a former teammate I had, who should be in the NFL Hall of Fame.   The reason that he’s not is because early in his career he leaned too much on his ability to scramble.  I’m talking about Randall Cunningham, who may be the most talented quarterback that ever wore an Eagles uniform.

Unlike Donovan McNabb, who was developed as a young NFL quarterback and was forced by Andy Reid to play the game from the pocket, Cunningham was allowed by Buddy Ryan to rely on his scrambling ability and it damaged and delayed his growth as a young quarterback.  McNabb wasn’t as reliant upon his scrambling ability as Cunningham.  He developed as a complete quarterback especially when he was given some weapons such as Terrell Owens and Brian Westbrook.

All great NFL quarterbacks operate from the pocket by giving each pass play a chance before improvising.  They get the play from the sideline, then they drop into the pocket behind their offensive line and give the play a chance to develop.  They give their receivers a chance to run their routes and see if anybody comes open.  They will operate this way throughout the entire game if the receivers are getting open.

Eagles young head coach Sirianni is doing the right thing by making sure that what happened to Cunningham doesn’t happen to Hurts.   Yesterday in the practice versus the Jets, Hurts wasn’t giving the plays a chance and he was pulling the ball down and running much too much.  He must make it a point to leave the huddle before each pass play with the mindset that he is going to sit in the pocket and give the play a chance to develop.  He must leave the huddle with the mindset that he is going to throw the football to one of his receivers.
It must not be about scrambling for Hurts.  Scrambling is the icing on the cake, but it’s not the cake.  The fact that he’s able to scramble can be the ingredient that sets him apart and takes him to another level, but being able to operate as a point guard, as a distributor from the pocket is the key.   Before the play, Hurts must be thinking I’m going to get the ball to my teammates.  This mindset is a prerequisite for being a great quarterback in the NFL.
He’s not going to be a quality quarterback in the National Football League unless he disciplines himself to leave the huddle before every pass play with the mindset that he’s going to drop into the pocket and throw the ball to an open receiver.   I love the fact that Sirianni is demanding this mindset from Hurts.   It’s going to help Hurts grow as a quarterback and not delay his growth.   The foundation of quarterbacking is executing from the pocket.  The ability to scramble can’t be the  foundation of playing the quarterback position, it can only be the icing on the cake.
Hurts needs to get better in reading coverages and getting the ball out of his hands.  It’s going to take some time, but if he will leave the huddle each time there’s a pass play with the mindset of giving the play a chance and not relying on his scrambling ability, he will get better each day as a pocket quarterback.  Sirianni must continue to demand that his young quarterback discipline himself to not rely on his scrambling ability, but develop his skills a s a pocket passer.
<div id=”buzzsprout-player-9159446″></div>
<script src=”https://www.buzzsprout.com/1322641/9159446-eagles-must-dominate-the-falcons-upfront.js?container_id=buzzsprout-player-9159446&player=small” type=”text/javascript” charset=”utf-8″></script>
Share/Bookmark
Tags: Brian Westbrook Donovan McNabb Jalen Hurts Nick Sirianni Philadelphia Eagles Randall Cunningham Terrell Owens