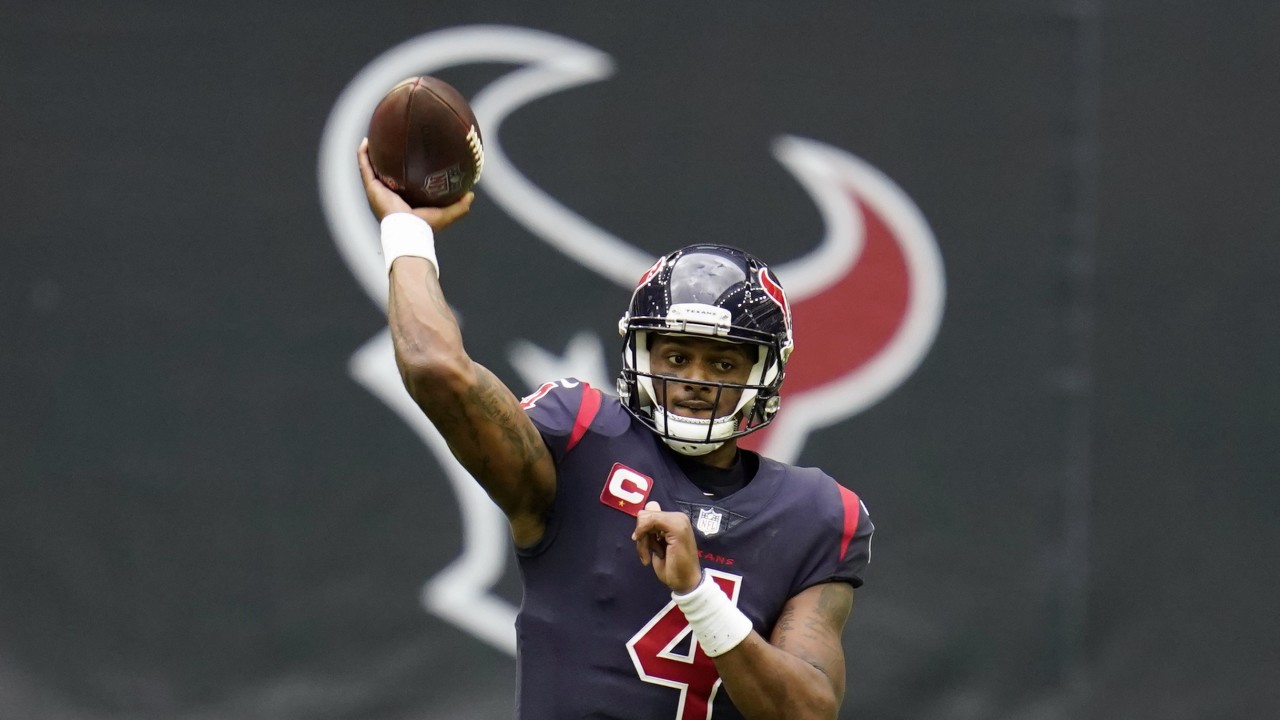 I also learned that there are four teams interested in acquiring Watson.  Those four teams are the Miami Dolphins, the Carolina Panthers, the Denver Broncos and the Philadelphia Eagles.  They are the four teams that have seriously showed interest in acquiring the former Clemson star.  Let me repeat that a source close to Watson, tells me that he would waive a no trade clause if a deal were worked out with the Eagles.

According to the source, Watson, who grew up in Georgia and loves living in the south.  He would prefer to stay in the south and play for the Dolphins or the Panthers, but if a deal were worked out with the Eagles he would bring his talents to Philadelphia.

I also don’t believe the acquisition of quarterback Gardner Minshew means the Eagles are done pursuing Watson.   If anything it shows me that they are preparing for his acquisition.   I think there’s a lot of truth to the reports that the Eagles have been looking into Watson’s legal troubles.  They want to find out for themselves what is the truth about all the accusations being fired at the former first round draft pick.  I think it’s very easy to see that the Birds are interested in Watson.   I think the trade for Minshew tells us that they may be preparing for the acquisition of Watson.
Acquiring Minshew means that if the Eagles acquired Watson in a trade, but he’s not available to play for part of this season because of a suspension, they would already have two veteran quarterbacks on the roster, if their current starting quarterback Jalen Hurts were shipped to Houston as a part of the trade for the Texans quarterback.  Trading for Minshew means they’ve got two quarterbacks who have started games in the NFL, if they lose Hurts in a trade for Watson.   Again, acquiring Minshew, means that the Eagles would be ready for Watson to be suspended for part of the season, if Hurts leaves in the trade.
I also believe that Minshew, who is only 25 years old and is still playing on his rookie contract, would be a good backup behind a young, athletic quarterback like Watson.  The former Jaguars signal caller has shown the ability to scramble and create plays with his legs in much the same way as Watson.  He has shown that he has the talent to play in this league, plus he has a fiery passion for the game that’s going to play well with the Philadelphia Eagles fan base.
Share/Bookmark
Tags: Carolina Panthers Denver Broncos Deshaun Watson Gardner Minshew Jalen Hurts Joe Flacco Miami Dolphins Philadelphia Eagles

Jalen Hurts Must Not Rely On His Ability to Scramble