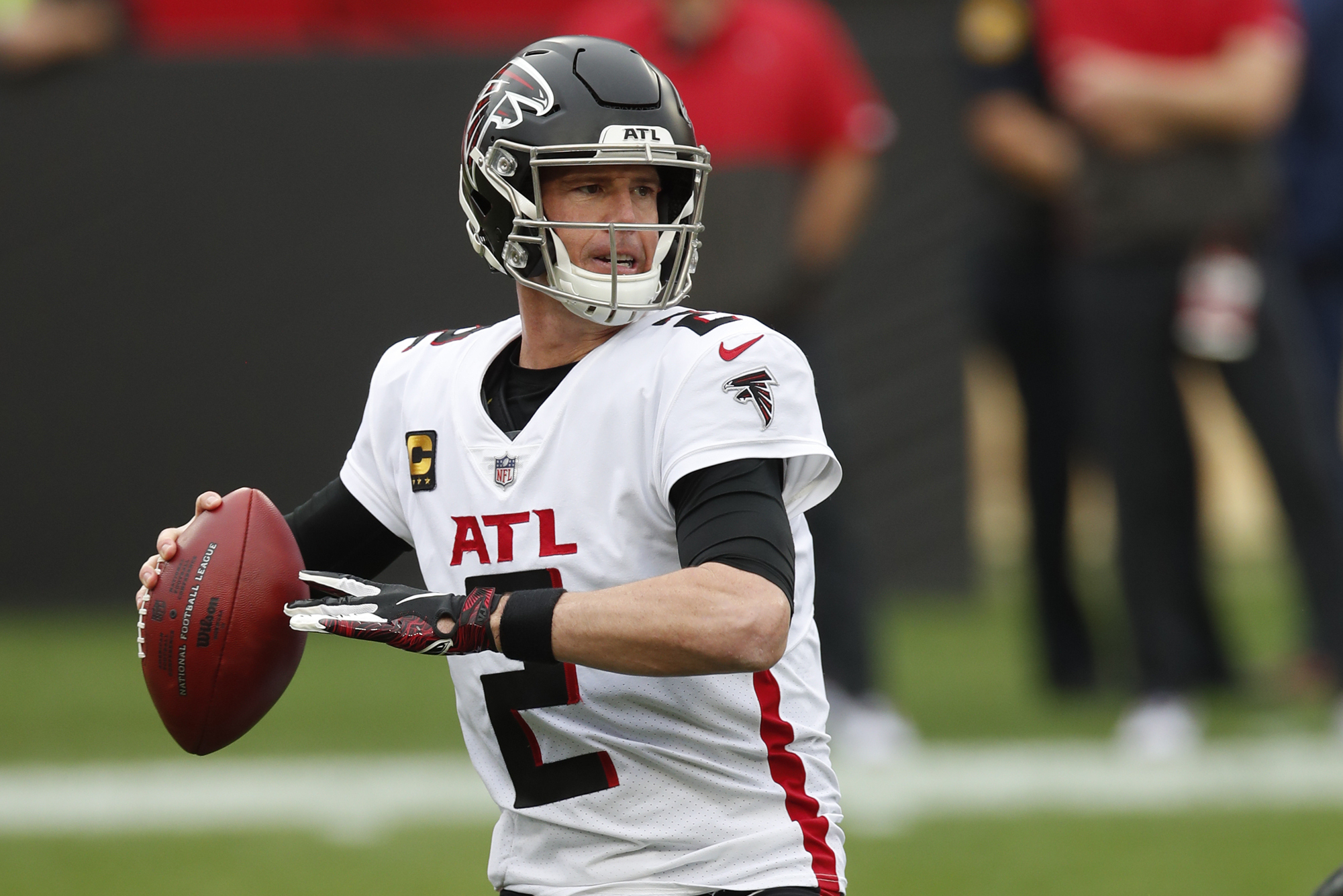 Nobody really knows what we’re going to get from the Eagles and the Falcons on Sunday because you have two rookie head coaches in Nick Sirianni and Arthur Smith leading their teams to battle for the first time in their careers. We know what they’ve done in the past, but there’s no telling what to expect with them running the show for the first time.

The Eagles must use their superiority upfront on both sides of the ball to control the game. I’m confident that their offensive line will do their job, but I’m not as sure about their defensive front. If they don’t

get consistent pressure on Falcons quarterback Matt Ryan, I don’t expect the Eagles will win this game. Let’s take a close look.

When Eagles Have The Ball

The Eagles offense has a distinct advantage upfront with their talented and experienced  offensive line versus the Falcons mediocre defensive front.  Atlanta’s defensive line is poor and their linebackers are mediocre.

The Birds are healthy upfront right now with Pro Bowlers Jason Kelce, Lane Johnson, and Brandon Brooks looking and feeling good.  This is a very good offensive line and the only question mark is young Jordan Mailata at left tackle. I’m expecting good things from him, so I expect them to dominate Atlanta.

The productive running game should mean will take pressure off of second-year quarterback Jalen Hurts. He will be throwing in advantageous situations such as second and three.  He won’t be in many third and longs, which should mean he’s going to have time to throw.  The Atlanta secondary is horrendous, so Hurts should be throwing to wide open receivers.  He seems to be more comfortable and confident throwing to the tight ends, so I expect them to have big games.  Hurts is sure to take one or two shots deep to Quez Watkins. It will deepen the safeties which will help the running game and open up the intermediate passing game.  I’m not sure what we’ll get out to first round pick Devonta Smith in his first NFL game.

Hurts must stay away from turnovers and execute well in the red zone.  He doesn’t need to force anything. If a receiver isn’t open he must not try to force the throw.

The young quarterback must also keep his eyes downfield and give the receivers a chance to run their routes on each play. Hurts should leave the huddle on each pass play with the intention of dropping into the pocket and throwing the ball downfield to his receivers. He must not bring his eyes down, start looking for an opening in the pass rush so that he can pull the ball down and scramble. The key to his developing as a quarterback will be his decision to discipline himself, to keep his eyes downfield.

I remember a young Randall Cunningham years ago, talking about looking for gaps in the pass rush so he could scramble. It slowed down and stunted the development of Randall as a pocket passer because he would abandon the routes his receivers were running by not looking downfield. Hurts must not get in this habit. He must give each pass play a chance, then after giving it a chance, he can pull the ball down and take off. I like the fact that Sirianni has demanded this from Hurts. It will be a big key to his development as a complete NFL quarterback.

It will be very important, that the young quarterback executes in the red zone because the Birds need touchdowns when they get down there. Hurts and the Eagles should be looking for opportunities for him to use his legs to put pressure on the defense. I’ll be be making my first serious evaluation of Sirianni’s offensive coaching ability when I see what the offense does in the red zone against this bad Falcons defense. They should find ways to get Hurts in RPO (run pass options) in the red zone. It will put the Atlanta defense in can’t win situations. Which ever choice they make it will be the wrong one.

When the Falcons Have The Ball

Matt Ryan is still a very good quarterback.  Last year he was the 12th ranked quarterback in the NFL with a 93.3 quarterback rating with 27 touchdowns and 11 interceptions.  I consider Ryan among the Top Ten quarterbacks in the league because the Falcons offensive line and defense don’t give him a lot of help. He has the capability of picking the Eagles linebackers and secondary apart.

Although Julio Jones is no longer there, Ryan has some weapons to connect with. He has a quality number one receiver in Calvin Ridley 90 catches, 1374 yards and 9 touchdowns, and an additional threat in Russell Gage 72 catches, 786 yards and 4 touchdowns.  The Birds must also deal with the fourth pick in the draft, talented tight end Kyle Pitts, who stands 6’5″ and runs a 4.49 forty yard dash. I expect Ryan to get the ball to the youngster early and often because the Birds will have trouble matching up well against him. grew up in the Philly area.

Ryan will be able to pick apart the Eagles average secondary, if the Birds defensive line doesn’t put constant pressure on him.   Defensive coordinator Jonathan Gannon played a lot of zone in the preseason, we’ll see if he changes things up in the regular season. Ryan will dink and dunk all day long against the zone defense and I’m not very confident about cornerbacks Darius Slay, Steve Nelson and Avonte Maddox against the Falcons receivers in man-to-man.

The Birds need defensive tackle Javon Hargrave to have a big game because the Falcons are going to double team Birds Pro Bowler Fletcher Cox.  Hargrave will be single-blocked and he must make some noise immediately.  Ryan is a pocket passer, who would be greatly bothered by pressure up the middle.  The Birds must force Ryan to move off his spot in the pocket.

I want to see Eagles defensive end Josh Sweat on the field for most of the game because the Birds need consistent pressure on Ryan.  Sweat will need to beat Atlanta Pro Bowl left tackle Jake Matthews, which won’t be easy. I’m expecting Sweat to take the Birds pass rush to another level.  He needs to show up big along with Derek Barnett, Brandon Graham and former Washington pass rusher Ryan Kerrigan.  I’m serious when I say the Eagles could lose this game if they give Ryan time to throw.

The Eagles special teams must be aware of the Falcons outstanding kickoff returner Cordarelle Patterson.  He can take the distance at any moment.

Executing In The Red Zone Will Be The Key