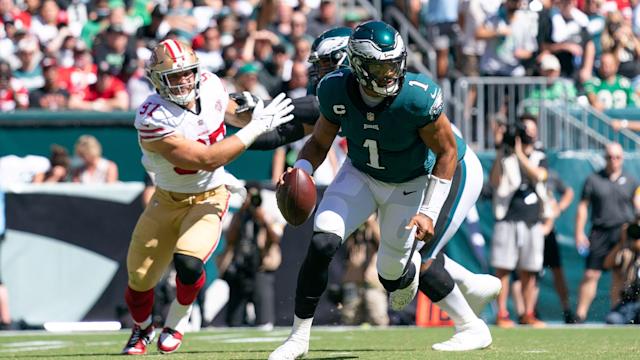 YouTube – For most of the first half, the Eagles dominated the San Francisco 49ers, which is one of the best teams in the NFL. They shut down the Niners running game and kept Deebo Samuel and George Kittle in check . Unfortunately, after the offense malfunctioned in the red zone, the Birds defense let the San Francisco march over 90 yards to score a touchdown and take the lead.

When you have a young quarterback and young receivers, they make mistakes at the wrong time. Jalen Reagor stepped out of bounds before Jalen Hurts connected with him for a touchdown. Head coach Nick Sirianni didn’t keep it simple on the one yard line. He tried to trick the Niners and they tricked him.

The passing game must improve because the Birds can’t expect to beat teams when they only complete 12 passes. Hurts is being too cautious throwing the football or the receivers aren’t getting open. Sirianni and his staff must look at the tape and make the necessary adjustments. Sirianni did a poor job calling plays in the red zone.

The defense blew the coverage on the Niners first touchdown. You can’t afford to make those mistakes in the red zone.