Examination Of The Eagles In The Red Zone 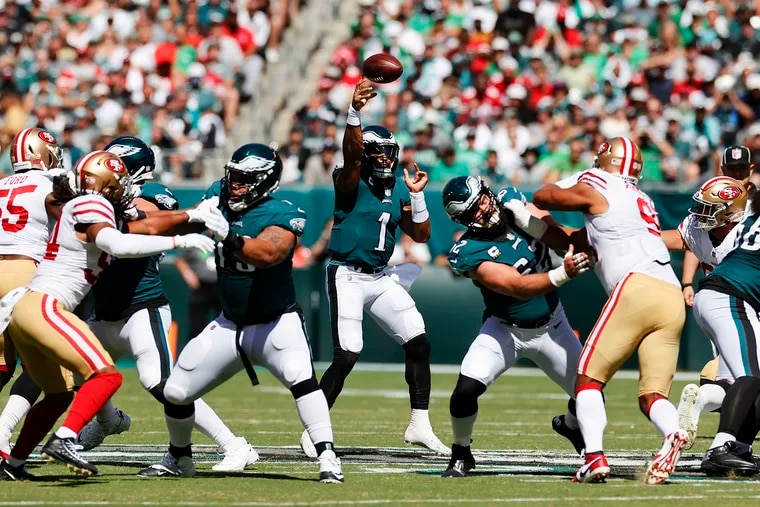 YouTube Video – The Eagles had a 3-0 lead and were in a great situation after Jalen Hurts hit Quez Watkins on a 91 yard bomb that gave the Birds a first down on the 49ers six yard line. Instead of getting more focused the Birds started making mental errors and that started with their head coach.

Nick Sirianni tried to trick the 49ers defense, but former Eagles linebacker and current Niners defensive coordinator DeMeco Ryans wound up tricking Sirianni. All the Birds head coach could think of was roll out passes, screens, outside runs, and RPO’s (run pass options).

When the Niners committed the interference penalty on Devanta Smith, the Birds should have run a quarterback sneak on the one yard line. The Niners did it a few times in the game and got first downs. Sirianni doesn’t realize we have an outstanding offensive line. He should let them do their jobs.

Josh Sweat Should Make A Statement Vs. The Cowboys