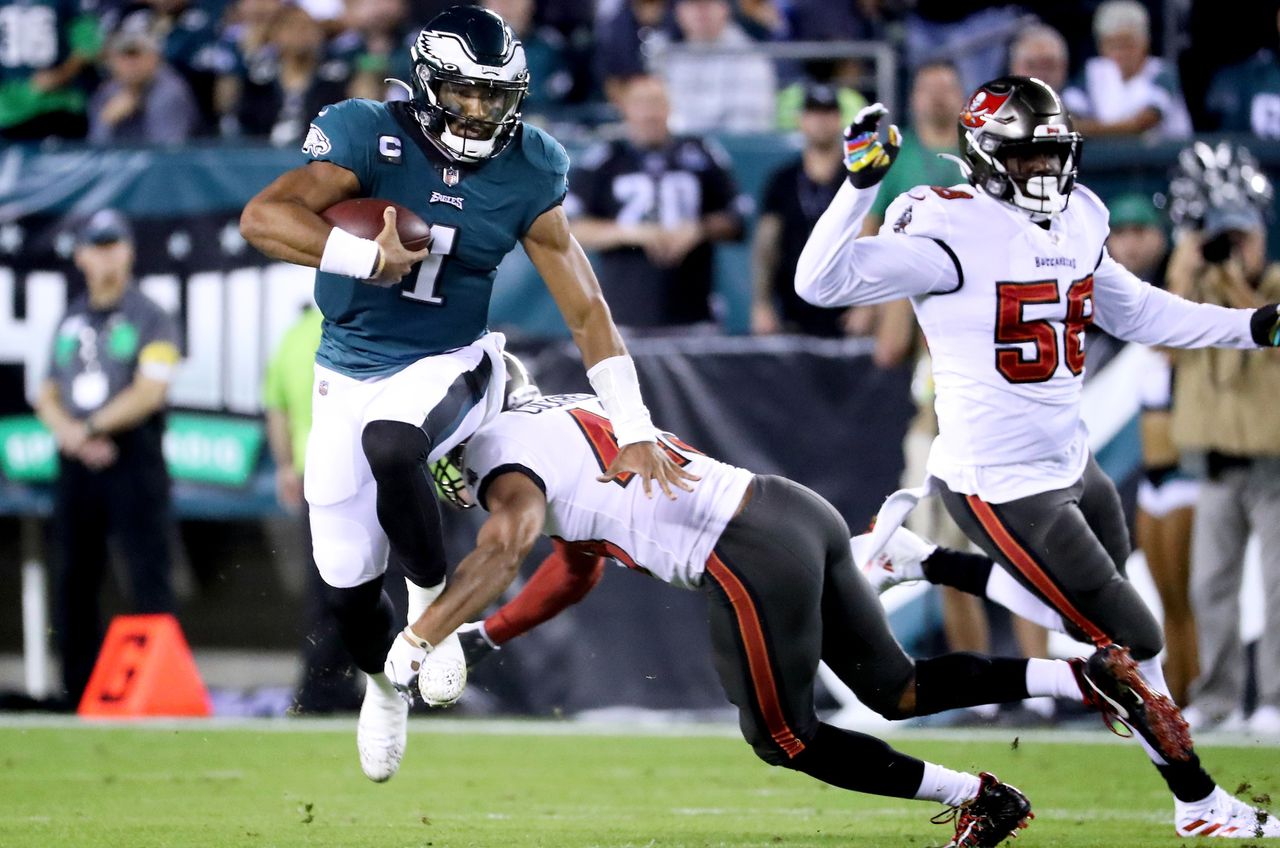 Undoubtedly the Eagles are an underdog in their battle on Sunday versus the Tampa Bay Buccaneers, but the Birds can win this game, if they can get their running game going. Their tough unstoppable rushing attack will open up all the rest of their offense and that will allow the Birds to have Tampa Bay right where they want them.

The key to this game is going to be the Eagles ability or inability to compete in the first quarter. They’ve got to start out fast, they can’t afford to sleep through the first quarter. That’s why it’s going to be very important that the coaches have them playing aggressively at the start of the game. I think that they need to have a five-man pass rush early in the game on the defensive side because it will leave Fletcher Cox and Javon Hargrave in one-on-one situations with the Bucs interior offensive linemen. Offensively, I want to see them running the ball.

The heart of the offense is their ability to pound that football and I hear that Miles Sanders is going to play. They must get that running game going. Maybe it means starting with Jordan Howard pounding the ball up the middle or is it Boston Scott going outside or Sanders off the corner? Whatever it is they’ve got to get that running game going so that means you get in behind Jason Kelce, Jordan Mailata, Landon Dickerson, Nate Herbig and Lane Johnson. The offensive line  can help the Birds take over this game and that must happen if they’re going to win.

They must get that running game going in order to keep Tom Brady on the bench. If the Eagles are running the football effectively, Brady is going to be sitting on the Buccaneers bench and he’s not going to be able to score from there. That’s going to be the key to the game for the Birds. They need to dominate ball possession and wear out the Tampa Bay defense by fatiguing them with that grueling running game and play action passes.

Jalen Hurts needs to have a good game by using his legs and his arm. The number one thing he must do is take care of the football. He must avoid turnovers. The Birds can’t afford any turnovers. They must play mistake-free football.

The Eagles must put some pass rush pressure on Brady. They can’t play a simple zone because they are just too relaxed in their zone coverages. They’ve got to be more competitive in their zone coverages. First of all, they should be delaying the releases of receivers by jamming them at the line of scrimmage. If you watch the Patriots, they jam receivers like defenses used to do and delay they release. That will give the defensive line more time to get to the quarterback. The Eagles needs to force a couple of turnovers. If the Birds win the turnover battle, then they win the game as well.

Like the offense, the defense has got to show up ready to play, the exact second the clock starts moving. That’s going be the key. They could beat the Buccaneers and it wouldn’t be a total shock. Their running game travels well and that means the inclement weather is going to be a benefit to the Eagles because the bad weather messes up a passing game but it really does not affect a running game. That’s why the Eagles will have an advantage with bad weather. They say there’s going to be a storm coming in with winds and rain.   Come on in rain, we are glad to see you.

I want to see the Eagles shock the world and beat the Bucs, but beating Brady won’t be easy.