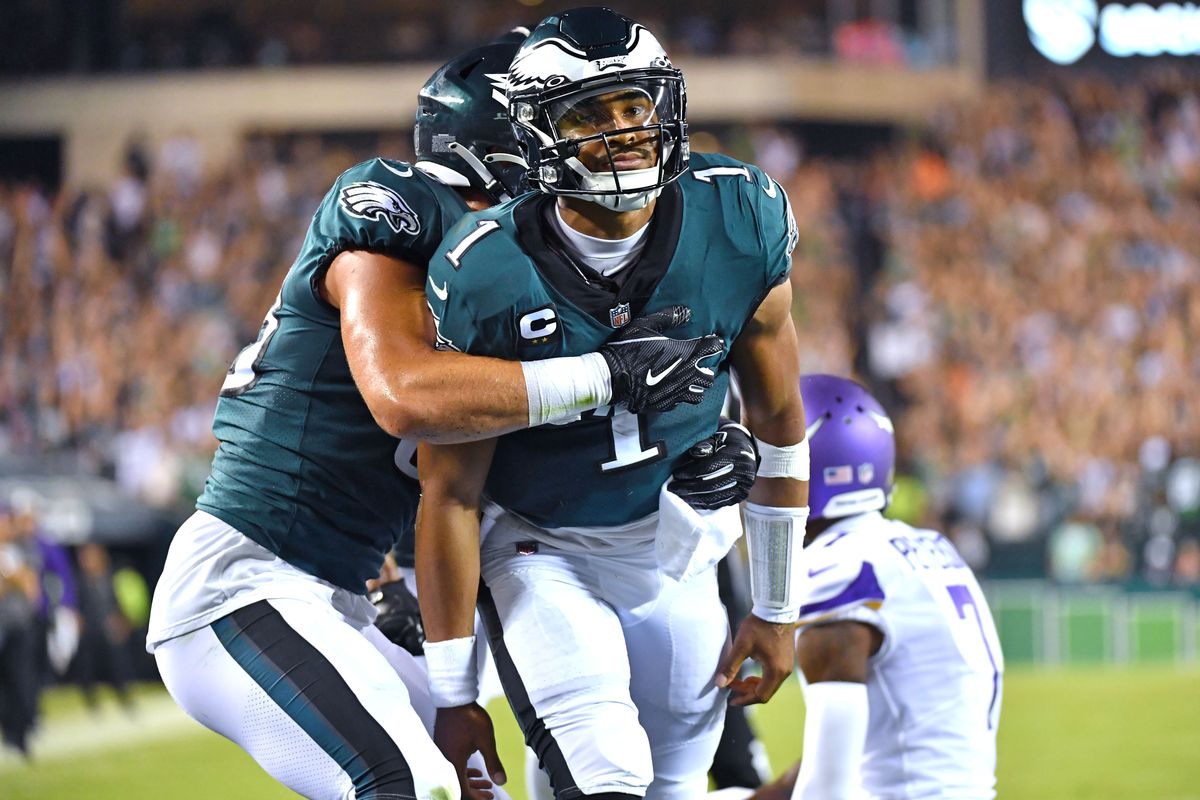 Eagles quarterback Jalen Hurts had a huge first half in the Birds Monday night  battle with the Minnesota Vikings.   Hurts accounted for 300 yards by himself in the first two quarters, throwing the ball for 250 yards and running it for another 50 yards.  It was an amazing performance by Hurts and it all but sealed a Birds victory in their second game of season.   The Birds were able to build a huge 24-7 lead and the defense held onto to it in the second half.

The lower body strength of Hurts is amazing and it gives him the ability to carry tacklers for yardage at the end of runs.  On both running touchdowns, the former Sooner carried tacklers into the end zone.   He did a great job of taking what the Minnesota defense was giving him.   Then when given the opportunity, Hurts threw a beautiful strike to speedy wide receiver Quez Watkins for a 53 yard score.   He spread the ball around this week with seven connections with  DeVonta Smith and five each with A.J. Brown and Dallas Goedert.

In the second half of the Monday night battle, the Eagles defense led by cornerback Darius Slay dominated the Minnesota offense.  He blanketed Vikings star wide receiver Justin Jefferson, by picking off two interceptions on Kirk Cousins passes intended third year wide out.  Slay put on a clinic in front of the national audience and got his hands on at least five of Cousins pass attempts.

After the first score, the Birds defense came through with big plays every time the Vikings got in the red zone.  Slay and his defensive crew made big plays when Minnesota got in scoring position.

This Eagles Offense Could Be Special!!!

The NFL Had Better Take Notice Of These Birds