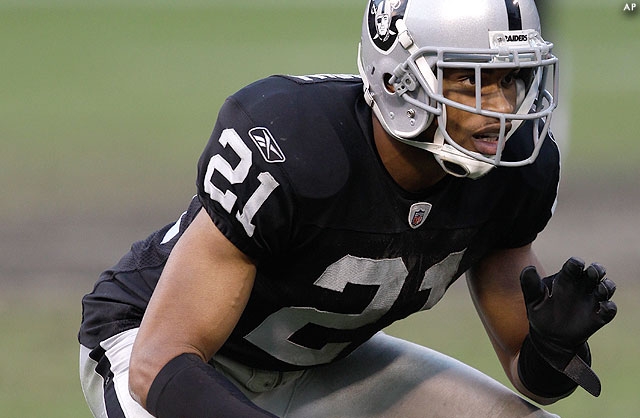 The 2010 NFL Season is now over in Philadelphia.  Despite not making it to Dallas for Super Bowl XLV, the Eagles overachieved this year.

Let’s be honest.  Before the regular season started and Kevin Kolb was slated to be the starting quarterback, Philadelphia was expected to go 7-9.

Even after Michael Vick was announced as the starting QB, nobody expected him to be that good except for….well…..Michael Vick himself.

A 10-6 record with a wildcard appearance would be successful 2010 season when you look at the changes this team has made.  But, the goal is to eventually win a Super Bowl, right?

As exciting as Vick, DeSean Jackson and the rest of the offense were, nobody can deny the holes to fill on the roster.

Assuming a new Collective Bargaining Agreement is in place to end any discussions of a 2011 NFL lockout, the Eagles should be poised to make some big moves the next off season in pursuit of being considered a heavy contender again.

With the free agency guidelines hopefully back to normal (more unrestricted FAs) and the return of a salary cap, Philadelphia should be in great position after shedding many huge salaries during the 2010 offseason.

The Eagles also have nine draft picks (not including possible compensatory selections) for 2011.  How they use them obviously depends on the various performances this NCAA season.

These are many positions and players I think Howie Roseman and Co. should keep an eye on for next year.  The first one I’ll talk about is cornerback.

Asante Samuel improved his tackling this season and the Eagles secondary without him is like night and day. Ellis Hobbs’ career is pretty much over, but the right cornerback position needed to be addressed when he was playing..

Joselio Hanson is overpaid and one-dimensional.  Trevard Lindley has his work cut out to improve on his rookie season.  Dimitri Patterson looked great when he first took over as a starter, but he has proven he’s far from a long term solution

Overall, the Eagles don’t have a set in stone cornerback tandem for years to come.  At one time there was Lito Sheppard and Sheldon Brown.  Before those two there was Troy Vincent and Bobby Taylor.

Andy Reid would be wise to establish a new tandem.  2011 is expected to be a strong year for cornerbacks in the NFL Draft.  Just forget about Patrick Peterson or Prince Amukamara coming to the NovaCare Complex anytime soon.

So you are saying Banner wouldnt sign a “top 3 corner” because he is too old at 29, yet we are all expecting Vick to be resigned to a top tier QB contract and he is already 30 and injury prone? Kinda contradictive…

QB’s stay in there prime longer than CBs. Bret Farve playing until 40. George Blanda played until he was about 85? DBs lose a step and they are no longer a top 3 they’re well…see Brian Dawkins.

That is why Kolb is not starting. Only McNabb in his prime could bail out Andys stupid system and Vick has a year or 2 at best before it’s over for him.

Don’t be surprised if Joe Webb or someone like him is in a Eagles uniform learning the system. Vick will not last long. McNabb was about 240lb and he had a sports hernia, broken ribs, broken leg and torn acl. Vick already has the broken ribs, and almost got the broken ankle on sunday. If the game was 1 more quarter he would have got that. “the trainers tried to grab his helmet to keep him from going back in..” Really? how hard is it for more than one man to take a football helmet? Just like you tried to stop Bradley from going back in when he was walking in kahoza concussion land. Andy will get some insurance for his flawed play calling. You can bet on it. Draft need number one in his mind.

We are so good and so smart, we will trade out of the first round.

We gave the Redskins McNabb and we gave the Cowboys our pick last time so it’s time to make the Giants stronger. We will trade our 1st round pick to the Giants so that they have 2 first rounders.

Then in the 2nd round we will move down and get extra draft picks. Then we will take a offensive lineman from Norfolk State University(1AA). 2nd team all MEAC. We will stock pile a ton of draft picks so that some day we will make a run at the superbowl.

Then in the 3rd round we will draft TORN ACL GUY. He was a hell of a prospect before he tore his ACL. Now if he can just rehab it. He will be the STEAL of the Draft! Oh we are soooo much smarter than every other NFL team. After all..we are the Gold Standard. Gold as in money in our pockets not championships on the field.

Meanwhile the Steelers draft big solid football players. And built a gold standard on the field. No fast balls no gimmick guys. Just big solid Linebackers Linemen and Runningbacks. Build to play in cold weather. Not Miami or a dome team.

The Steelers and Patriots draft guys that don’t have to put heart on a shirt. I have not seen there WRs looking for a safe place to fall. (maclin and jackson) See Hines Ward, Wes Welker.

Corner, OL and outside LB. Sims has to go….

Agreed…we’ve had some putird LBs, but Ernie Sims was by far the worst LB I’ve seen in 25 yrs. That’s saying a lot considering the turds like Gardner, Simmoneau, Caver, McCoy, Adams, Dhani….

Living in NC I have watched CB R Marshall since the Panthers drafted him 4 years ago..
He’s a great in run support and very physical with good speed who can make plays on the ball
He’s about 27 years old and in his prime right now, and he has never suffered any injuries that were of concern and wants out of Carolina to a team who will give him a long-term contract..
I even went so far last year in offering a trade proposal between the Eagles for DT M Patterson
and a 5th Rd pick to the Panthers for R Marshall which I think could have been completed..
Panthers are desperate at the DT’s position.

Asmogoah is a great player, but will be way too expensive for the Eagles to want to handle
Joseph is another great player but most likle will re-sign or get the Franchise Tag from Bengals
C Bailey from Broncos is too old though he could be a great mentor for young players

This is a good Draft Year for CB’s with Peterson,Amakura being selected early in the the First Round
but there are good ones for late 1st thru the 2nd Round that should be available like the ones you
mentioned..
If they would pick-up,sign or trade for R Marshall, then you concentrate on OL/DE/OLB with their
first few picks and grab a CB in the mid-rounds

I will say it again. Your posts are epic!

Whew, I’m totally impressed! In fact, to such a degree that I’m going to stop posting. I’ll just read yours.

And this from the same young man who addresses GCobb as “Mr. Cobb.” You make me proud to be an American.

actually drum mr. Bum not all that young, father of young men, but I agree with you his posts are golden, wish Lurie read them, yeah right, adios drum

BSM – agree with the drummer – love your stuff. The ground and sideline seems to attract DJax in particular. To his point, he is honest about it, saying that Rice told him he never got paid to take hits… Franco Harris made a living out of the same, … but it was interesting to see Jim Brown’s categorization of Harris in one of the NFL channel’s programs… If he had issues with Franco, I doubt he would even give DJax even the smallest amount of ‘face’ by even commenting on him. Having said that, as I have said before, with a player like that, put him on deep slants, fly patterns, and not 3 yard dink patterns that define a ‘west coast’ offense. Next year that is