Mora Is Out, As Eagles Add The Saints’ Dennis Allen To DC Search 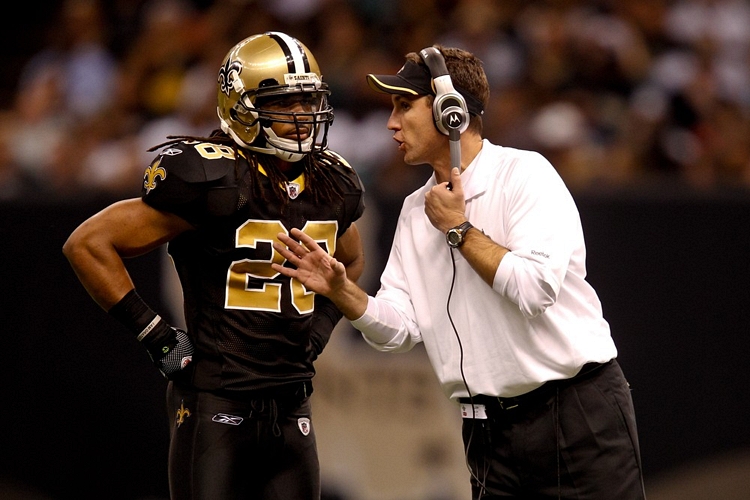 If you’re getting tired of the Eagles defensive coordinator’s search, you had better get you second wind because there’s a good chance to could be stretched until after the Super Bowl.

Jim Mora Jr. has withdrawn his name from consideration for both the Eagles and Broncos defensive coordinator’s positions.  Mora Jr. is still being paid $4 millions dollars a year by the Seattle Seahawks.  He will continue working for the NFL Network and get the chance to step away from the game for a bit.

Packers defensive line coach Mike Trgovac’s name continues to surface.  Of course the Eagles can’t talk to the former Panthers defensive coordinator until his team is no longer in the playoffs.  If Green Bay loses this Sunday, the Birds will be free to interview him, on the other hand if the Packers win, the Eagles brass with have to wait another two weeks, so this defensive coordinator search could last a while yet.

The Birds have added a name to the list in their search for a new defensive coordinator.

According to multiple reports by Philly.com and CSNPhilly.com, the Eagles have sought and received permission by the New Orleans Saints to talk to their defensive backfield coach, Dennis Allen.  Greg Williams is the Saints defensive coordinator and there was talk that Allen might move into his position if he took the head coaching job in Denver but Williams backed out of the interview at the last minute and will remain with the Saints.

I think the fact that Allen was expected to step into that defensive coordinator’s position, gave the Eagles a heads-up that Allen is defensive coordinator material.  Last year when the Saints won the Super Bowl title, the New Orleans secondary was one of the keys to the championship march with all of the big plays they made.  They picked off 26 passes and defensive backs Darren Sharper and Tracey Porter came up big, time and time again.

I can’t give him a lot of credit for the play of Sharper last year, because the veteran was a ball hawk long before he came to the Saints and he brought all of his football knowledge with him when he came to New Orleans.  I give Allen credit for development of Porter and safeties Roman Harper and Malcolm Jenkins.

Their best safety right now is Jenkins and he was sidelined for the playoffs this year and it severely hurt the Saints.

In the playoff game against the Seahawks, Allen and his secondary were totally embarrassed.  Matt Hasselbeck threw four touchdown passes against the Saints with Sharper and Harper as accomplices.  The New Orleans safeties were caught looking in the backfield and the Seahawks ran by them like they were invisible.  It was one of the worst playoff games, I’ve ever seen a secondary play in the playoffs.

I’m sure Allen can’t wait to get that performance out of his system.

A Focused And Motivated Haynesworth Could Make The Eagles Defense Dominant

Yeah baby, Allen’s seconday against the Seahawks was epic! Let’s bring him in.

Yeah, yeah, I know. One game a coordinator does not make, good or bad, but that performance sure doesn’t bolster the comfort level either.

YO G, Any chance Marty is a goner? I hope so. I’d like to see someone who runs the ball.

Marty will be back. Andy listens to every play that goes in, so you know it isn’t just Marty who wants to throw the football.

this tells me they are intentionally dragging this thing out until Packers DL coach Mike Trag becomes available after the Packers’ season ends…. point blank! they have no intention of hiring any of the current candidates….its a smoke screen!

I hope you’re right jott. I don’t like any of these potential candidates that keep surfacing.

Checking out Dennis Allen who is a young fella with 3 years as the Secondary Coach with the Saints and some years experience before that as assistant in various positins wit Saints and A coupe of COlleges.. He’s from Texas and doesn’t have the experience or background as many of these other candidates (Trgovac,Sutton,Jauron).. I see no direct connection with new D/L Coach Washburn
I think D Allen may be coming in to be the next Secondary Coach as I expect Jauron to leave for
the Browns DC Position.. Allens Resume looks a little thin to me to be DC at this stage ..EAgles already had a DC trying to grow intot he job in MCDermott and cant afford to go thru that again..
Then need a proven Coach with a proven system and the where with all to get things done and get things done quickly… I still say Packers D/L Coach M Trgovac is the coach for the Eagles..

Sounds to me that Trgovac is the man they have focused on. Wouldn’t doubt if he has been contacted “through back channels” and was probably on-board for the Washburn signing.

Does anyone know if Reid and Trgovac have the same agent?

I agree with you Paulman. Allen’s name just happened to be brought up when Dick Jauron finished up interviewing in Cleveland. I’m just not sure why he’d leave the Saints for a lateral move….

I believe there is a common courtesy going on here between the Eagles,Browns and Coach Dick Jauron.. I think Jauron will be the Browns DC but they have all agreed not to announce anything until
the Eagles Top Candidate is out of the playoffs (Trgovac)..
Trgovac’s agent is Paulman by the way….

I dont know if anyone has seen this yet, but it seems that another name has been thrown into the ring. Dean Pees, the Ravens LB coach. If he comes that would signal the shift to a 3-4. And the article makes a good point. That we have been adding 3-4 talent, and maybe that is why we were so terrible on defense last year. So the shift won’t be so bad like the Redskins. We could jump right in without a hitch.

What about Ron Meeks? Could he be a candidate? I know Carolina hired McDermott, and I believe Meeks is getting pushed back to the defensive backs coach.

Paulman is wrong. They can’t interview/hire Allen to be their D-backs coach because he is under contract with the Saints and if Allen were to leave, it couldn’t be a lateral move. LOL, so much for Paulman trying to act like he knows everything.

sportsbum….I have heard about the lateral move stuff too, but if that is the case, how did Washburn just make a lateral move from Tenn to the birds??

Washburn wasn’t under contract. His contract was up with the Titans.