Could Royalty Checks Be The Key To Union Success Against NFL Lockout? 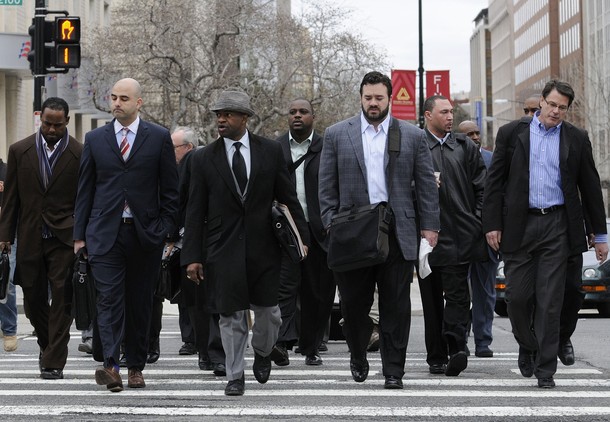 We all know how the NFL owners have been scheming during the lead up to the NFL lockout, well they were the only ones planning during this time, I’ve learned from an NFL source close to the union that the NFLPA has held back royalty checks from its players in preparation for this situation.

The leaders of the union were concerned about the financial viability of the players during a prolonged lockout, so they held onto the players royalty checks for trading cards and video games. Now the union will be able to send out these checks during the lockout to try to keep its players afloat.

We have all heard about how poorly some players manage their financial lives, so it’s not news to most NFL fans that some players will have problems if they’re not getting paid. What many fans are unaware of is the fact that most players are paid thousands of dollars to work out at their team’s training facility. That money is cut off now during a lockout.

Of course the financial sustainability of the players will be a key going forward. If a large number of NFL players start to have financial problems to the point to where they’re calling the players association and demanding that the decertification and lockout end, it will weaken the hand of the union leadership.

On the other hand if the players are able to stand strong, it’s going to increase the pressure on the owners because they’ll be faced with more trips into the courtroom of U.S. District Court Judge David Doty. First of all the owners should be concerned about Doty deciding to shut down the lockout because of their behavior with the bad faith negotiations with the television networks.

Doty could decide to levy heavy financial penalties against the owners for negotiating contracts with the television networks in “bad faith” in violation of the CBA because they took less money from the major television networks, so that the networks would agree to pay them $4 billion dollars whether there was any NFL football played in 2011 or not.

Flyers Beginning to Implode Under Pressure