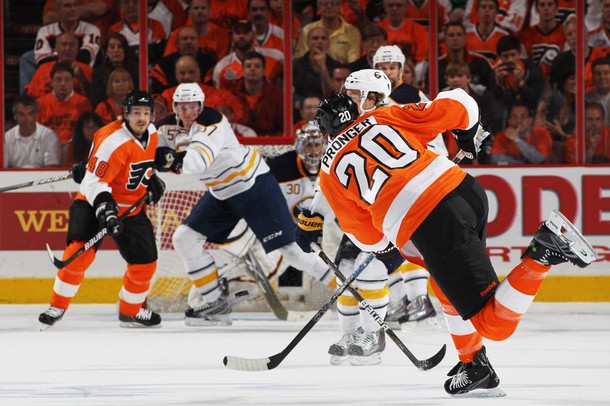 Chris Pronger spoke with the media via conference call earlier today. For a copy of the transcript, Chuck Gormley of the Courier Post has it posted here.

If you don’t have the time to read through the entire transcript, here are the major points:

Pronger did cover the areas where Richards could improve as a captain, but firmly believed that he will improve as his career continues.

The biggest takeaway from this interview, for me at least, was the health question. If Pronger is still a question  mark by free agency, I don’t see this team moving any of their defenseman. Even with the salary cap situation being as tight as it is, they will not likely downgrade from what they have now.

His best years are clearly behind him, The Flyers should not count on him being the Player he was 2-3 Years ago… Whatever he can add should be looked at as a bonus, but don’t build your Defensive Unit around him…