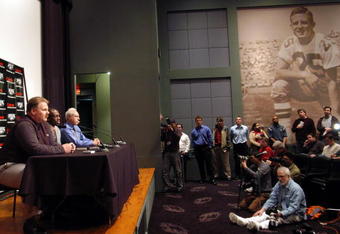 In a strong union city such as Philadelphia, it is astonishing that there isn’t an inflatable rat toy outside the 97.5 FM the fanatic studios in Bala Cynwyd. Any broadcasting job is a trained skill, it requires 2-4 years of expensive schooling, and the “Fanatic” is holding a contest to “give” away an on air job as if it were Phillies Dollar Dog Night tickets.

The contest calls for every day fans to submit a rant via YouTube, the top 10 rants will then be selected by a panel of “experts” and put to a vote, (or a contest to see who can the most Facebook friends to vote).

So far the station is complaining that the entries are terrible. Ya think? THE PEOPLE ARE UN TRAINED, UN SKILLED WORKERS.

What kind of message does a contest such as this send out to the employees of 97.5 FM? Imagine a kid just out of college who gets a producing job at the station, he then has to answer to the host who is some fan that was playing Xbox while he (the producer) was taking his broadcasting performance final in college?

Is this the route the sports media in this city is going? A fan with no qualifications beyond posting a YouTube video can get a press credential? Twenty years ago Hall of Fame and award winning sports writers such as Ray Didinger and Bill Lyon were the ones with press credentials. If contests become the way media outlets pick host 20 years from now we will have Timmy from Woodbury, NJ Madden expert and fantasy football champion covering and commenting on the Eagles.

This contest should worry fans, not just broadcasting hopefuls. For example, Ed Rendell is just a “fan” giving a “fan’s” point of view on

CSN’s Eagles Post Game Live. He is terrible, that’s not my opinion that is a fact. After a big win, or a big trade fans love to hear what the “experts” are saying not other fans. When the Phillies traded for Cliff Lee fans wanted to hear what Jayson Stark had to say, not Bernie from Broomall. When the Eagles made Michael Vick the starting QB, the fans wanted Sal Paolantonio’s reaction before they wanted to hear from Shawn from the dirty 30.

“Jerry you are the pot calling the kettle black you are a BLOGGER!”

Blogging and Radio is apples and oranges, fans want more credibility from a radio station in a major American media market, if fans want to hear from other fans equally as qualified as they are they will go to message boards, not radio stations.

Wow, i smell some resentment coming from a very heavy 610 staff.

Im not sure what I think of this. Obviously they wont be on prime time but it may be a way to find a new star of radio. Did G go to broadcasting school? He is consistently on the radio. Im not hating but it might be a great opportunity for someone as well.

Also, for the record, I think that 610 needs some new blood. I was an extremely loyal listener for many years. However, everything got old, especially the personalities. Too overplayed now. I prefer and have been listening to 97.5 for the past 3-4 years. It has more life and is more modern than 610.

isnt this how Pman got to be Mr. Paulman- beat writter for gcobb?

dont worry pman- im just playing with ya. Blessings to you and your fam bro.

Good one Stevo…
I have no problem with what the Radio Station is doing, If ends up being no good, then people won’t listen and it will go away.. but to say you have the scooled,educated,trained to give a SPorts Fan opinion is ridiculous, Anyone can make good points or make an ass out of themselves (which I do on a daily basis) whether they went to broadcasting/journalism school or not.. The Free-market, audience and advertisers will ultimately determine whether it’s a good idea or not..

You could pick a bum of the street and they would be better than 90% of the clowns on WIPenis! G, did you get this alleged 2-4 years of expensive training? Did Howard Assclown?

Sorry, but keep the social networkers & forum bloggers off commercial radio. The skill of typical TV/radio broadcast/commentary has steadily fallen since the mid-60’s. Maybe we ought to have contests so anyone can tryout during qualifying at the Daytona 500?? Can’t “natural talent” show forth? Some of the worst grammar in the world appears on blogs, and good writing proceeds from proper speech. There is already some less than average public speaking on 610 and other stations so why open it up to folks with NO education or mentoring just because they love emotional ranting. It is a stupid idea!

The lack of quality is everywhere in our Scoiety, whether it’s in our Government Leaders, Business Leaders, Educators, Judicial , Religious leaders, Customer Service,Retail,Transportation, you name it, so why should be the rest of Society and the “Bloggers/Social Networker’s” be any different.. It’s a reflection of what the US Society has become over the last 40 years for better or for worse.. Good Grief…

It’s a radio contest, big deal. Oh wait, it’s a crazy notion called open competition aka the free market system. Please don’t try put radio employees in the same boat as doctors, engineers, cpas, etc that can cause real damages if not properly traned. The people on radio are professionals and take their jobs seriously, but don’t make it sound like “on air” personalities have go through years of training through the union. If the station puts someone one and they bomb, then they move on. It’s an very difficult job to sit in front of a microphone, but some people just have “it”. We all know people that tell great stories and make people laugh that have been doing since they were 10 years old. The ‘talent” in entertainment are often the least disiplined people in the building. Ratings or results are what determine success in radio or life, don’t bitch about a business trying to suceed or put your money where your mouth is and open up your own radio station.

Its a contest ,who cares.I listen to the radio in between heavy metal and wu-tang on the way home. Talking baseball with Dutch is the best show on air. He’s an ex ball player and Mike Miss is a nice host. I can see the point that we’re allowing average joes the opp too infultrate the radio.But who cares but the radio dudes making what i do for a few hours talking there opinions and letting an intern get stats and other stuff for them.if you dont like it step your games up or keep doing solid reporting to make the producers decision to do this stuff harder.

Paulmandomis makes a good point…lack of quality in todays society. I make it a point to do my job to the letter of the law and protect people from themselves. Be a winner and show your a hardworker and the rest works itself out.Q the star spangled banner sonions.

I cant wait for the crybabies to settle there differences so we dont have to rap about this crap everyday.Yesterday i hadda break up a fight between DDCar and some new cat. War on the Gcobb site.Uncalled for…i need turf talk!!!

Paul…send us a trade alert my man!!!Do the stars around it like back in 08′.

Jerry….relax bro…G wont hire us anytime soon.He barely responds to anything anymore and he’s in cabo till the lockout ends.

Without an open competition like this, the Philthadelphia Dog Killers would never have given Vince Papale a shot!

Erock has the perfect example. It gets no better to listen to Dutch Daulton’s stories and opinions on my drive home. I only listen to that station at that time when Dutch is on. How much actors union training did Arnold go through make all his movies? There are countless examples.

Jerry Brennan is probably smarter and knows more about radio than Dutch, but who would you rather listen too?

***Trade Alert***
Philly Radio Station Trades John DiBella to the Charlotte Radio Station for Paulman —- Details still to be worked out about bonus $$ and relocation expenses.. ****

isn,t this how rocky balboa got his shot ! the opportunity of a life time ! the southpaw against apollo!

Either way keep Wally from Wilmingto off the air unless the experts deem him a natural.

97.5 has a sports radio station? Who da thunk it. Come on Jerry you know why they’re doing this kinda stuff. They’re a mediocre, 2nd rate station, just trying to drum up interest & ratings in there station. They can’t wipe WIP’s a$$. Man, I can see it now, all the 30-35 year old virgins, still living in mommy & daddy’s basement, cutting youtube promos. BWAHAHA!! F^@#ING pathetic. Get a clue 97.5.
Erock, I extended the olive branch, after your mediation. We have an understanding. Sports talk, sports talk, sounds good to me. This a release from the everyday grind & streets. There’s no need for that crap that went on with us this last week. Thanks, where do I send the check for your services. LMAO!!! 😀

On a down and side note,
It appears these Labor-Talks are regressing and the OWners/Players seem as far apart on a settlement as they did 3 months ago.. If they don’t collectively get their acts together and within the next 2 weeks then this Season is in jeopardy (at least as having a full Summer-Camp, a Full-Preseason schedule and playing all 16 games as originally scheduled..
It’s July already and if they settle in 2-3 weeks, then teans will be opening camps,having work-outs, negioitiating with their own free-agents and also pursuing available free-agents which will end up being a nightmare on putting together roster… Who knows how any these Eale 10-12 2nd Year players progressed, on how any of the 9 new Draft Picks pan out and also the health and recovery of the 3-4 serioulsy injured players from last Season.. I know all the teams are in the same boat, but putting together a roster and planning for the upcoming season is going to be a pure crap-shoot…