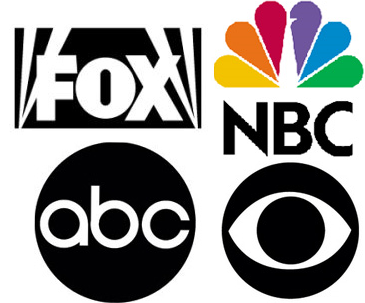 The Network theme songs are supposed to represent the networks, but in reality they represent each generation of players, each song brings back a memory of an epic moment a player created that fans will never forget.

10. NBA on TNT (2003-present) –Ten years from now when NBA fans think of Kobe Bryant, Tim Duncan, and Dirk Nowitzki playing one another in the play offs they will picture a slow motion replay of a Bryant fist pump after a clutch three, a Duncan kiss off the glass, or Dirk hitting a contested 20 foot jumper with TNT’s NBA theme playing in their head.

9. MLB on FOX (2001-2009) – This theme represented the beginning of fall, the beginning of many fans distain for Joe Buck, Yankees Red Sox 7-game-series and a time before the Phillies were perennial post season contestants.

8. NFL on CBS old (1992 -1993, 1998- 2001) –This song bring backs some good memories such as watching Thanksgiving football with family members, and being snowed in with play-off football. This theme song also brings back some nightmares for Philadelphia fans, it represents a time when the Dallas Cowboys were dominant and the Rich Kotite era.

s so epic it allows people to watch hours of water polo and pole vaulting. No further explanation needed.

7. NBC Olympic theme (1984 -present) This song is so epic it allows people to watch hours of water polo and pole vaulting. No further explanation needed.

6. NHL on ESPN (1992-2004) This song alone is why the NHL needs to get play-off hockey back on ESPN. This song combined with Gary Thorne’s play by play took NHL play-off hockey from interesting to a must watch event. This song is so epic it manages to represent the high and low point of the Eric Lindros era in Philadelphia. It was the song that played as ESPN went into commercial after Lindros scored a go-ahead power play goal with six seconds left in game four of the 97 Eastern Conference Finals against the Rangers. It was the same song that played a few weeks later as the Red Wings rolled over the Flyers in a four game sweep of the 1997 Stanley Cup Finals.

5. Monday Night Football Theme (1970-present) – This song would have ranked higher except it reminds me of home work assignments I put off, and test I forgot to study for, not to mention crying my 10 year old eyes out as Barry Switzer hugged Jerry Jones after Tommy Hutton botched Chris Boniol’s game winning field goal attempt in 97. Yeah, it still hurts—the MNF theme should have been much higher on this list, but it just brings back too much pain from my childhood as an Eagles fan. My apologies.

4. NBC Sunday Night Football (2006-present) – This theme might be the best on TV today. This song represents classic NFC East battles. I have witnessed at 8:30 on many Sunday Nights Eagles fans hearing this theme along with Al Michael’s voice right before kickoff and erupting into uncontrollable screaming and Eagles chants. The only other thing that can cause that behavior in other wise well to do men is alcohol.

2. March Madness on CBS (1993 –present) Cut away shots of Coach “K” yelling while pointing, John Calipari’s annoying smirk with his slick hair, and players no one ever heard of from schools few have heard of crying after a near upset of a big time school just would not be the same with-out this theme music. This song represents the excitement of the end of winter and the beginning of spring, it is apart of the link between football season and baseball season. Basketball fans should pray perhaps even donate money so that CBS never loses the rights to March Madness. ( 2011’s version of the theme was slightly modified but was still the same song.)

1. NBA on NBC (1991-2002) Reggie versus the Knicks, Bulls-Lakers, Jordan versus Barkley, Stockton to Malone, Jordan back but wearing 45, Marv Albert, Hakeem the Dream against Shaq, Mutombo wagging his finger, Iverson stepping over Tyronn Lue etc. This song brings back memories of escaping family on Christmas Day and Easter Sunday to watch Jordan hit threes while Marv Albert yelled YES! This is the greatest theme song during the greatest era of NBA basketball. Old timers might say disagree and claim the greatest era was when Wilt played. IMPOSSIBLE! Wilt’s era did not have the NBA on NBC. Michael Jordan was the greatest player of all time, and you can’t think Jordan without hearing the NBC theme playing as he pumps his fist after a big shot or shrugs his shoulders, that alone makes the NBA on NBC the greatest network theme of all-time.

Your reasoning for the FOX theme #3 is skewed. That theme is actually played for ALL FOX sports now, not just football.