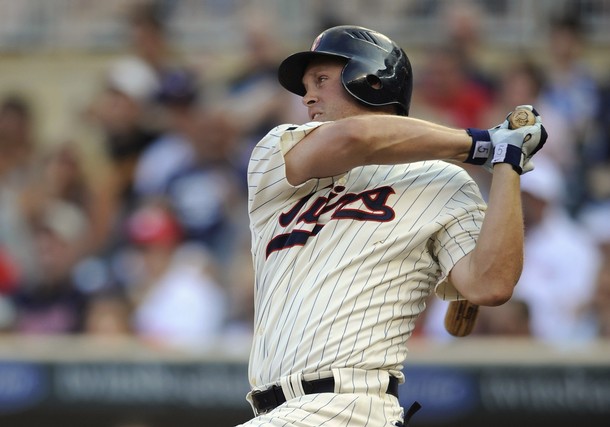 As the Phillies come out of the All-Star break and the MLB Trade deadline approaching the team will be looking to fix a glaring weakness that is the lack of hitting from right-handed hitters in the outfield.

Ben Francisco has proven that he is no more than a journeyman utility outfielder with average fielding skills and sub-standard hitting ability. In 199 at bats this year Francisco has a .231 average with 6 home runs and 31 RBI.

The other Phillies right handed hitter in the outfield, John Mayberry Jr. has shown flashes that he could be a good ball player one day, however he simply is not ready for the big show yet. He is certainly not ready for a deep playoff run against pitching staffs such as the San Francisco Giants the Milwaukee Brewers or New York Yankees. Mayberry is not a young prospect anymore, at 27 years old the Phillies patients have got to be running thin waiting for him to develop.

The problem for the Phillies is finding a worthy replacement is it will not be an easy or cheap fix. Ruben Amaro Jr. has said that the Phillies are tight on cash, but with Amaro’s recent trade deadline history if a juicy deal lands on his desk don’t be surprised to see him pull the trigger on a deal.

The only names in the conversation as of now are all out of rumor and speculation. Obviously every Phillies fan would love to see the club land the talents of a B.J. Upton, Hunter Pence or Matt Kemp. All three are All-Star caliber players and would set the Phillies up to be World Series favorites for not only this year but also seasons to come.

Getting back to more realistic options, the Phillies could target talented veteran players such as Carlos Beltran, Ryan Ludwick or Michael Cuddyer. Beltran’s skills are partially diminished and he is 34 years old however Beltran appears to be as healthy as he has been in years and adding the switch hitter to the Phils’ lineup could add some much needed power. Getting Beltran out of the monstrosity in the New York, they call Citi Field and into the hitter friendly confines of CBP Beltran’s home run numbers should improve.

Ludwick would add the least offensively of the players named however the main interest in acquiring Ludwick is that he could come in a package deal with his teammate, All-Star relief pitcher Heath Bell. This deal would seemingly solve all problems in the Phillies roster. San Diego’s asking price might be out of the Phillies range to make this deal. It would be surprising to see the Phillies try to land Ludwick with Bell.

Cuddyer could be a very legitimate and obtainable target for the Phillies. Cuddyer has a very consistent bat, hitting .296 with 13 home runs and 43 RBI. The Minnesota Twins continue to fall further out of the playoff picture in the American League and should be prime to make a move. The Phillies should have the cash and talent to lure Cuddyer out of Minnesota. Cuddyer would be of value to the Phillies in the field as well. Cuddyer not only plays outfield, but first and third base as well. With Placido Polanco having a chronically sore back and a chance the Phillies could pull away from the rest of the National League, Cuddyer could give Polanco or even Ryan Howard a day off coming down the stretch.

Tim, great article, until you mentioned Roy Oswalt. He’s injuried, on the verge of retirement, & has a no trade clause. He is going no where, or he retires. Good work though.

Good stuff Tim,
I really like Phils making a trade to acquire both a Right Handed Outfielder and a Relief Pitcher (it doesn;t have to be a Closer but a dependable,veteran)

Here’s a couple other teams and players

The Phils would have to part with probably the folllowing to make this happen based on the other teams needs.
Current Phillie Players – Pitcher V Worley, and OF D Brown
— A Top Minor League Pitching Prospect like De Fratus, Schwimmer, Cosart or Biddle.
— 1B Prospect M Rizzotti (who won’t be playing anytime soon with Ryan Howard)
–Catcher Prospect S Valle or T Gosewisch

Remember a couple of details
#1) No basement,rebuilding team is going to be interested in adding aging veterans or any players with a sizable contract or that has imjury problems.
These Trading Partners are where they are for a lack of talent and will only want young,promising talent in return so you can scratch off players Oswalt, Blanton,Lidge, Ibanez, from leaving Philadelphia..
#2) The Phils has lots of promising young Pitchers that are 2-3 years away down in the Farm System.. If the Phils Lock up Hamels, then they will still have Halladay,Lee,Hamels at the Top of the Rotation which will keep them competitive for the next 2-3 Season so if you give up a young promising arm now (Worley), the Phils have plenty of short-term players to pick-up the slack until some of these younger Pitchers make their way up (remember the Phils had to part with the popular JA Happ to get Oswalt last year)
The one thing I do know is that there are a lot more “Buyers” this Season than “Sellars” since there are more teams still in the Playoff Hunt and even some teams that have not been the playoffs for a while like PIrates,Arizona, & Clevleland will now be buyers by the the Trade deadline so whoever makes trades to acquire needs will most likely overpay to fill those needs
I do think teams like the Cubs,Mets,Dodgers will be in the cutting payroll mode
Dodgers will try to move 3B Casey Blake, 1B J Loney,Reliever J Broxton, Starting Pitcher H Kuroda
Cubs will be looking to move OF A Soriano, SP C Zambrano, RP K Woods, 3B A Ramirez.. RF H Fudohmee
Mets will be looking to move OF Beltran, maybe 3B D Wright, maybe LF J Bay due to their size of contracts

Could we actually get matt kemp?!? Ive heard rumors about pence,bell,adams,beltran,cuddyer,ludwock,franceur, but not kemp. I would trade an oswalt, victorino, mayberry or fransico, maybe even d brown, but I would try to keep worley, j. Singleton, and biddle. Our lineup would be 2 legit if we had an mvp caliber OF. Do you guys think getting kemp at a high price would be worth it?