Reid: Justice’s Player Rep Duties May Have Set Back His Rehab 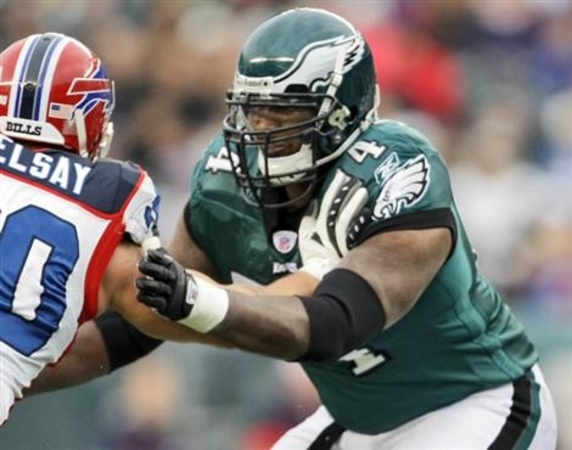 Last year Winston Justice started at the Eagles right tackle position, but his chances of starting at that same spot are waning as each day goes by. Today we found out from Andy Reid that Justice’s duties as NFLPA player representative may have made him fall behind in his rehabilitation.

“Winston is just going to continue methadone program fort myers until he can get back,” said Reid. “His schedule was a little bit crazy because he was a player rep, and he was all over the place. I think it set back his rehab just a bit.

“The lockout in his case I don’t think helped him with getting the rehab done on his leg that he needed to, so we’re doing that.”

Justice hasn’t been able to get the field in his equipment as of yet. The Birds put him on the Physically Unable to Perform list, so he can’t practice fully with the team and is limited to doing conditioning drills on the side during practice.

Justice knew he would have a good chance of winning his job back as long as backup King Dunlap was the only guy he had to beat out, but that’s not the case any more.

Yesterday, the Eagles signed Denver Broncos free agent offensive tackle Ryan Harris. This veteran of four years has started 34 games so far in his career and that’s more games than Justice has started. He will probably be given the starting job until Justice is able to play, so that will give him a chance to show Andy Reid what he can do.

Ronnie Brown Came To Philadelphia To Win A Super Bowl

Backing Up LeSean McCoy is No Problem for Ronnie Brown