Ronnie Brown Came To Philadelphia To Win A Super Bowl 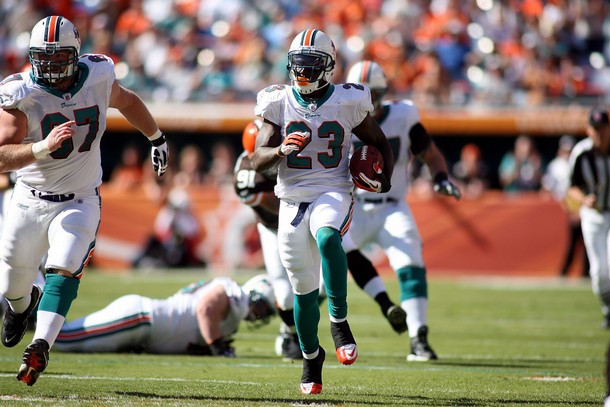 Eagles news running back said the reason he came to Philadelphia was because he felt the Birds were making the right moves to win a Super Bowl. The Eagles’ aggressiveness in signing Jason Babin, Nmandi Asomugha, Cullen Jenkins and trading for Dominique Rodgers-Cromartie has put them in a position to attract a bevy of other talented players.

Brown was the second pick in the 2005 draft, yet he has suffered through some tough times during his years in Miami.

“At this stage of my career, it’s not so much about the financial standpoint (that was important),’’ he said. “It was more about winning and putting myself in a good situation where I felt comfortable where I’d be on a team that puts winning first, which you can by some of the moves they’ve made in the last few days, they do. I felt it was a good fit.

“It was tough (not winning in Miami). Coming from Auburn, I won there and I won in high school. I wanted to be a part of turning it around down there, but we couldn’t quite get it done.

“At the end of the day, you want to win games. That’s why you’re here. My ultimate goal at this level is to win a championship. I think I can do that here.’’

The Eagles have had perfect timing with the signing of Nmandi Asomugha and Cullen Jenkins because all of the free agents who are signing one-year deals are trying to sign with a team that has a good chance to win a Super Bowl. The allure of enjoying a Super Bowl run with Michael Vick leading the way has captured the imagination of these players.

It’s not just that Vick is a good quarterback, but he doesn’t Super Human things with his speed and strong arm, that leaves players in awe.

McNabb On New Look Eagles: “They Have More Problems Than People Are Looking At”

Reid: Justice’s Player Rep Duties May Have Set Back His Rehab