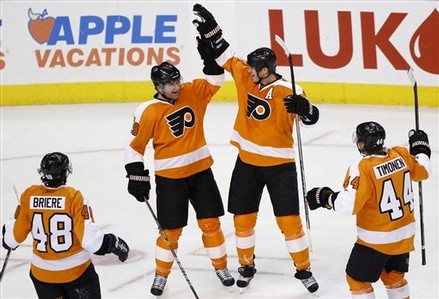 The Flyers’ offseason continues this week as it has for the last several- quiet. Here is the latest news for the orange and black.

Why The Phillies Shouldn’t Sleep On The Diamondbacks

“Hartnell will be on the groud for the majority of his scene.”
BWAHAHAHA!!! CLASSIC!!! LMFBO!!!

in other news, ice is still cold…