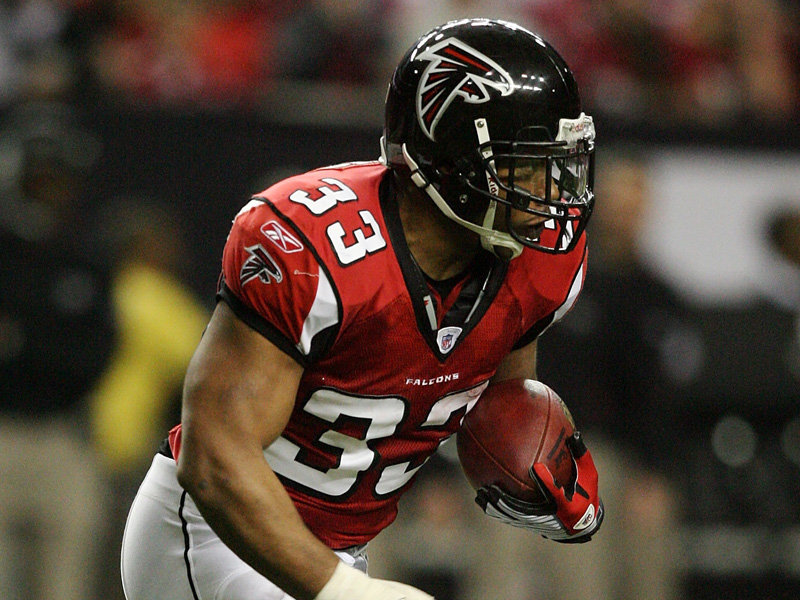 On Sunday night, Michael Vick’s journey back into NFL stardom will come full circle. The quarterback will be playing in Atlanta as a starter for the first time since he was the main man at the Georgia Dome himself, during his six years with the Falcons.

When the Eagles meet the Falcons on Sunday night, the game will be much more than a reunion. It will be a battle of two teams for whom their respective fans have very high hopes this year.

Usually for a team that’s favored going into this game and that beat its opponent by a good margin last Sunday, you’d be surprised at how much this week’s been more about criticism and concern than exciting anticipation for the Eagles. With high expectations though, come high standards and Philly most certainly have both given the squad that they’.

Needless to say, the one player that will undoubtedly have to meet such standards every Sunday is Michael Vick.

Vick’s 14 for 32 performance last Sunday was far from panic inducing, but it was also very distant from his best.
“I could have done a lot better”, Vick said. “I could have made the game a lot easier,” and he’s right. Better reads and less throws forced into coverage would do the trick. Easier said than done, of course, but it’s what has to be done nonetheless. The pass to Jackson in the first quarter was a great play but a dangerous one and underthrown to boot. Making a habit of such plays would not be in Philadelphia’s best interest.

Vick can’t stop Michael Turner, nor can he block for himself, but what he can do is provide some of his sharpest play early, because that will be the most important part of the game.

Last week the Falcons were beaten not just because of turnovers, but because their hand was forced into second half comeback mode. Michael Turner had ten rushes in the game versus Chicago while by contrast Matt Ryan had forty-seven pass attempts.

What does that tell us? Getting an early lead is the key to the game. Being efficient, working the Falcons defense with complex packages early on, throwing in a DeSean Jackson crossing route from the slot; however it may be earned, the early lead is important, because we all know that the less Michael Turner runs in this game the better.

Against a team that is desperate to avoid an 0-2 hole, forcing Matt Ryan into the hands of the secondary is the best outcome for the Eagles, and with the D-line showing us what they can do last week, the prospect of Matt Ryan hitting the turf another five times this week is definitely plausible.

Even without Johnathan Babineaux, the Falcons have a great pass rush. Timing, anticipating pressure and quick reads will be absolutely vital for Michael Vick on Sunday against a significantly better team than the Rams.
He was not terrific in those three aspects on last week. Come primetime this Sunday, he’ll have to be.

If the suspect OLine give Vick time & if the horrid LB’s can stop the run, they will win. But that’s 2 huge if’s! Without a run game, they won’t be able to pass on us. You take away the surprise of play action & they’re done. Got a good feeling, we won’t lose. Close game. 27-24W, for the Birds.

Playing with Matthews is like having 10 men on the field with 1 outstanding becoming a screen that works for the other team in the running game. So, our best bet is to have big plays and get a big lead early..This way Atlanta will be forced to pass against our stronger nickle package with Matthews on the sideline emptying spit buckets.

songs, are you even an eagles fan? all you do it hate hate hate … reminds me of this quote from Chappelle show.

“First of all, I wanna thank God for giving everybody so much, and me, so little. I hate you, I hate you, and I don’t even know you and I hate your guts. I hope all the bad things in life happen to you, and nobody else, but you. And as I stand here sippin’ the soda that I’m sure somebody spit in, I just wanna say yall can kiss my ass you rotten motha-fu***. Now, if you’ll excuse me, I’m gonna go home and put some water in Buck Nasty’s momma’s dish. Good evenin’!” -Silky Johnston

don’t worry songs, according to the article Vick will be playing line backer but he won’t be able to stop turner so we’re screwed either way. 🙂

We must run the ball early. We can’t just do it when we get a lead. Once we control the time of possession we will win. Keep Atlanta offense off the field. Vick will be fine. Our coaches must bring their A game along with the players. McCoy will have a Big game. Our front four will pressure Ryan into making mistakes. Birds 35 Falcons 21!!!!!

What does running the ball early have to do with anything? Just score points and make sure we don’t leave Matthews one on one with Turner. That’s basically it. Nothing much to this game really. Everything else looks pretty damn good. Barring injury, I say we route these bastards.

Gents (and even you Songs) a glorious Friday morning – all is well in the world. I hope you are all looking forward to your weekend of fine football – you guys that clamour to run the ball more – check out Navy vs #10 South Carolina – there’s a team that runs the ball.

everyone can agree that mathews at the middle doesnt cut it…but lets not be negadelphia fans for once and be posidelphia fans and hope for the best….what do you know maybe the kid gets better? who knows?