Is The Phillies 2008 Championship Honeymoon Over? 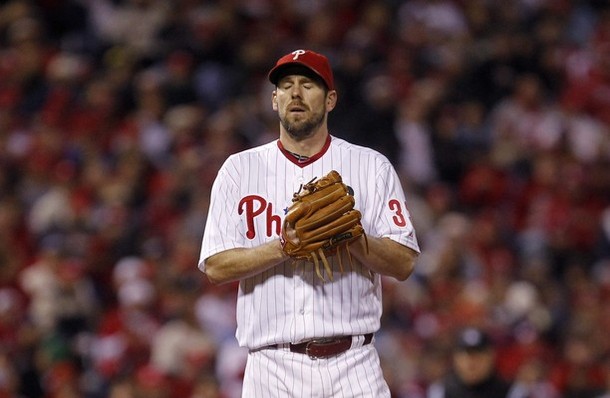 In 2009 when the Phillies lost in the World Series to the New York Yankees I was sad but I did not get upset the way I would have pre-2008, I felt lucky just to see the baseball team that was a bottom dweller in my childhood be recognized as a consistently good team.

In 2010 when Ryan Howard was caught looking at a called third strike to end the NLCS I was angry, but it only lasted a day or so, I still was happy that my baseball team went deep into October in three consecutive seasons. Last week when the Phillies were shut out 1-0 to end the NLDS, I was angry and a week later I the anger is still present.

I refuse to watch Sports Center, because the pain of watching the NLCS highlights is too much to bare. That should have been the Phillies, I had plans to be celebrating at Cottman and Frankford right about now, and it never came to fruition, for the first time in my life time the Phillies underachieved.

Last December I was jumping for joy banging pots and pans celebrating the return of Cliff Lee, in my mind I knew it did not guarantee a championship, but it at the very least guaranteed another World Series trip. The season started and the offense worried me, like it did most other Phillies fans, I never said it out loud but I often wondered if they should have kept Jayson Werth. Ruben Amaro made me look like a fool for letting that question enter my brain because he goes and gets the Phillies Hunter Pence who is younger, better, and cheaper than Werth. Much like the signing of

Lee, I thought at the very least this guaranteed us our third World Series Trip in four seasons.

Next the post season arrived and there I sat high atop section 431 the Phillies a 4-0 lead in game two, a sweep and how the Phillies matched up with the Brewers were the thoughts going through my head. I was pretty certain the world was going to end before Lee blew a four-run lead. Yet, Lee let me down, big time. Little did I know it was just the beginning, the entire Phillies offense disappointed me in games three, four and five, and Roy Oswalt became the second of the four aces to wet the bed in the 2011 post season in game four.

I woke up the Saturday morning after game five in disbelief and pissed. The whole summer I waited for the fall to come, and it was a disaster. I felt like the guy who got the fake scratch off lottery ticket for Christmas after his family told him he did not win the money. I jumped for joy after the Phils got Lee and Pence, and it was all for nothing they finished in the same spot they did when their number two play-off starter was Kyle Kendrick back in 2007.

All of these thoughts left me very angry, and now have me questioning if it is time to lift the free pass I gave the Phillies organization the past three seasons. When Lidge stunk in 2009, I did not get mad or even think to boo him because he won me a title, when Charlie Manuel refused to play small ball in every single close game this season, I did not say word, I just thought well this approach got me to my first parade.

Now, the team underachieved they should have went further and the Philly fan in me from the 90’s and early 2000’s is ready to start complaining and blaming people again. Am I wrong to get angry at the Phillies? Probably, but is it wrong to get paid as the top pitcher in baseball and blow a 4-0 lead in game 2 of the NLDS, definitely.

A Look At Week 6 In The NFL