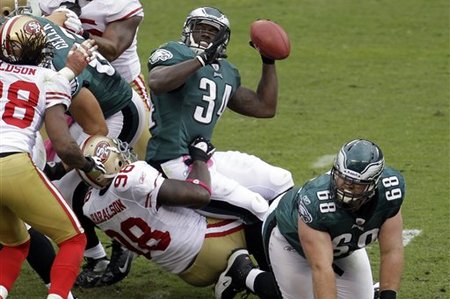 He’ll be backing up the starter LeSean McCoy and rookie Dion Lewis at the running back position which doesn’t say much for him. More was expected of Brown when he was brought here. So far he’s been able to only gain