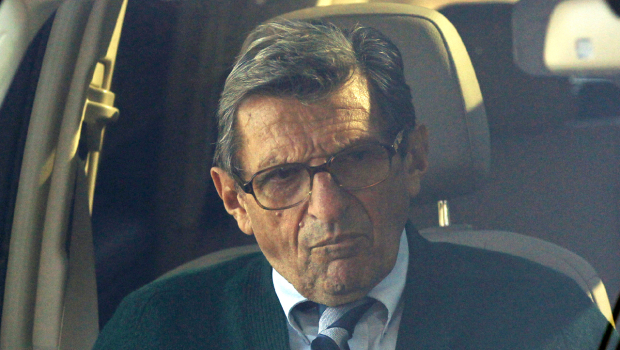 After hearing news of the firing, Paterno released a statement, saying: “I am disappointed with the Board of Trustees’ decision, but I have to accept it. A tragedy occurred, and we all have to have patience to let the legal process proceed. I appreciate the outpouring of support but want to emphasize that everyone should remain calm and please respect the university, its property and all that we value.”

The legendary coach built the Penn State football program and was the head man for 46 years, but he has coached his last game. Assistant coach Tom Bradley will take over things from here. Spanier’s duties will be taken over by Penn State provost, Rodney Erickson for the foreseeable future.

These decisions were made “in the best long-term interests of the university,” said John P. Surma, vice chairman of the trustees.

According to CBS News, Paterno was informed of his firing by phone but he also a letter was hand delivered to Paterno’s home this evening prior to a meeting with the Board of Trustees. Paterno responded to his firing by saying, “You give your life to this place and that’s how you’re treated.”

the difficult issues that we are facing,” Surma said.

“The past several days have been absolutely terrible for the entire Penn State community. But the outrage that we feel is nothing compared to the physical and psychological suffering that allegedly took place.”

Eagles Are Talented But Not Mentally Tough