College Football Six Pack Of Picks For The Weekend 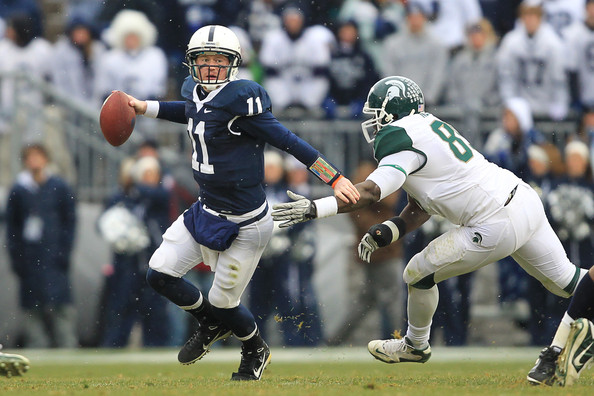 It’s another college football day tomorrow and here are my six pack of picks, plus a 7th bonus pick

Wisconsin -14 at Illinois     Way too much talent on Wisconsin’s side here. After dropping two heartbreakers to MichiganState and OhioState the ship has been righted. Look for The Illini to take their best shot early but the Badgers wear down the Illinois defense and win going away  Final Score  Wisconsin 45 Illinois 21

Texas Tech +18.5 at Missouri    I know I know Tech has been outscore by a gazillion points the last few weeks and have looked outright pathetic. Watched everyone say its Missouri’s turn to give the Red Raiders a beating. Ain’t gonna happen. I think Texas Tech matches up quite well with Missouri here. Final Score – Missouri 38 Texas Tech 34

Penn State +7 at Ohio State  Tough Times for interim coach Tom Bradley all the way around. PennState gave up control of their own destiny last week but showed great resolve coming back in the 4th quarter. I really do not like Matt McGloin AT ALL. But I love their defense and I’m calling the outright upset here. Final Score – Penn State  17OhioState 16

Clemson -7.5 at NC State  Everyone has bailed on the Tigers after a tough loss at Georgia tech. This line opened at 9 and has come flying down. They have the division wrapped up and really do not have much to play for. I still say they are double digits better then the Wolfpack  Final Score – Clemson 31 NC STATE 17

Nebraska +4 at Michigan   As a Wolverine fan this hurts. But Nebraska has won me over the last few weeks. Rex Burkhead leads the big Ten’s #1 running attack into Michigan. I think this game is decided in the last few minutes but I’m calling the upset  Final Score – Nebraska 31 Michigan 28

Oregon -14 at USC  over under 67   I think Oregon is the 2nd best team in the country. USC will have no answer for the Ducks attack I will give you both game and total in this one. Final Score – Oregon 48 USC 31  Take Oregon and the Over

Urban Meyer to coach Ohio State . Will be announced in Early December. Also rumored that LSU offensive coordinator Greg Studrawa will join him.

Young Continues Getting The Reps As Eagles Prepare For Giants