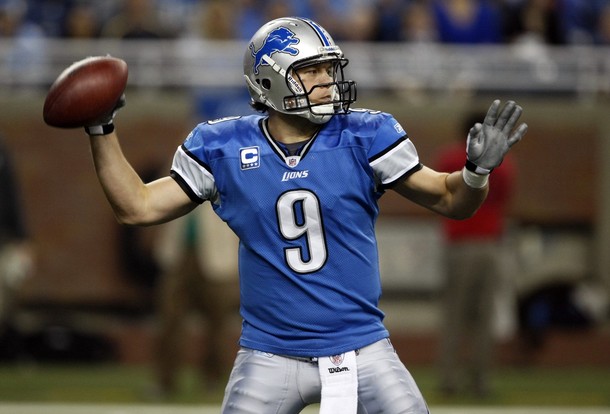 Happy Thanksgiving everybody.  Here’s a stone cold lock for you as you and your loves ones enjoy your turkey on Thanksgiving Day.

It’s not very often that you will see this Lions team getting points at home. Detroit is 11-3-1 to the spread in their last fifteen games, which includes a home cover last week in which Matthew Stafford threw 5 TD’s and led Detroit to a 49-35 victory over the Panthers. Stafford has been a machine at home this year throwing fourteen touchdown passes to just four interceptions. Stafford’s home successes can be partly attributed to a solid running game. The Lions ground attack has been much better this season at home rather than on the road.

Detroit is getting over five yards per carry on the ground at home this year, almost two more yards per carry than on the road. Even last week without Jahvid Best they still ran the football very effectively. Running back Kevin Smith led the ground attack with 140 yards on just sixteen carries. However Green Bay is the best team in the game rite now and their perfect 10-0 record shows that. As impressive as Stafford has been at home, Aaron Rodgers counters with 14 road TD’S to just 1 INT.

Green Bay is undoubtedly the class of the NFC but this is possibly the biggest game the Lions have played in over a decade. The packers are also being asked to play for the third time in eleven days. This could very well be the week that Green Bay falters, but if they do manage to get a win, Detroit should still give them a scare. Take the Lions as a home dog in this one.