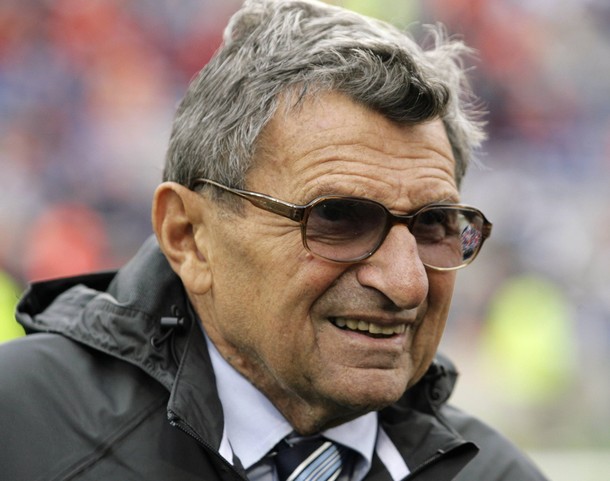 Paterno is in such a dire battle that his family was summoned to the hospital last night and CBSSports.com erroneously reported at 8:45pm that he had died.

The Paterno family made it clear that the report was false.

Is Bringing Back Juan Castillo The Right Move?

OH WELL! I couldn’t give a crap less. It’s ashame that he didn’t live long enough, to see the outcome of the shame & disgrace he helped coverup. He got the easy way out. He can rot in the pit for all I care. Life goes on.

DCar – Kinda harsh man… Not that I’m a Paterno or Nittany Lion fan but, Paterno brought decades of quality coaching with scores of players that got many life values from a man that, other than the fact that he should’ve responded more forcefully to the knowledge brought to him, was a pretty good man, mentor, coach, leader and philanthropist. This world would be a much better place with more men with that good of a track record. May he rest in peace…