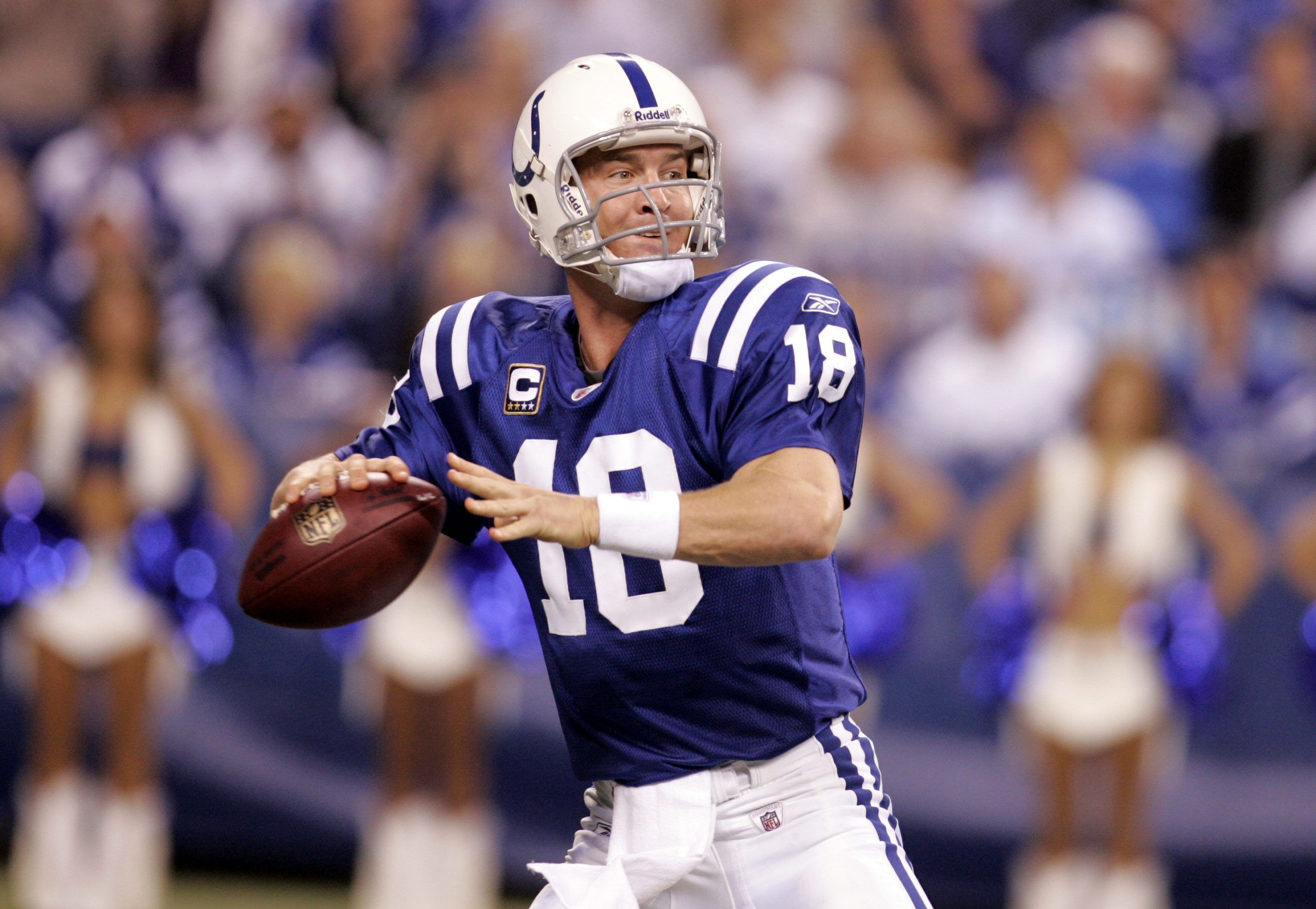 Earlier tonight on the NFL network the question was thrown around about where Peyton Manning could end up at in 2012. The teams thrown out as most likely landing spots included the Redskins, Dolphins, and Cardinals. NFL Network analyst Brian Baldinger then threw out the Eagles as a landing spot. He wasn’t necessarily saying this is a likely landing spot for Manning but that the Eagles should strongly consider making a run at Peyton due to the fact it’s a once in a lifetime opportunity for both parties.

I agree with Baldinger’s analysis on this subject. Manning is without a doubt a huge upgrade over Michael Vick at the quarterback position. The talent is already in place around Manning on the offensive side of the ball to put up his usual league leading stats. Manning also is familiar with Howard Mudd and his offensive line schemes so he’d come in already having a high comfort level with the offensive line.

Wherever Manning ends up he’ll need to go someplace where the offensive line is established and can handle the job of protecting him. The Eagles offensive line jelled together quite nicely as the 2011 season went on and I expect it to improve even more going into the 2012 season as both Danny Watkins and Jason Kelce both have a season under their belts.

Manning also now has the task of catching his younger brother Eli in the Superbowl count. Baldinger believes that Manning would surely like to win another Superbowl before retiring and that the Eagles would give him the best opportunity to do so and I agree with him. The talent is in place for Manning on the offensive side of the ball.

The offense showed flashes of brilliance during the Dallas game at home in 2011 and towards the end of the season with Mike Vick at quarterback. With Manning in place this offense will definitely show more of this brilliance and will consistently put up 21 or more points every week.

The defense going into 2012 obviously needs work and will have to add a linebacker and safety in order to improve but with Manning at quarterback the pressure on the defense would surely be a lot less. We just saw the Patriots reach the Superbowl with a great offense and a less than stellar defense. Why not play to your strengths and bolster the offense even more with an upgrade at quarterback in 2012. The Patriots proved no matter how many points opponents puts up against the defense you can outscore them with a great high powered offense.

Manning represents a once in a lifetime opportunity if he becomes available. I don’t foresee Manning going back to the Colts and from what I’ve read the Colts have no interest in paying Manning his bonus in March. Andy Reid is going into 2012 on the hot seat and what better way to save your job then going out and grabbing the greatest quarterback of the past decade. Reid owes it to himself and the fans to go out and make a bold move such as this not only to save his job but save the Eagles from the harsh off season criticism they’ve been receiving.

The Eagles have made bold moves in the past when least expected. The signing of Mike Vick came out of nowhere a few seasons ago. The Michael Vick project was worth a gamble and it gave us all some exciting moments but when Manning becomes available you have to take a shot at landing him. When healthy Manning is without a doubt a top 3 quarterback in the league and has proven to be consistent over his career.

The Eagles need to win a Superbowl and Peyton needs another ring to validate his place in the history books and show everyone he’s still the better Manning. I highly doubt any of this will come true but Peyton Manning and the Eagles could be a match made in heaven for everyone.