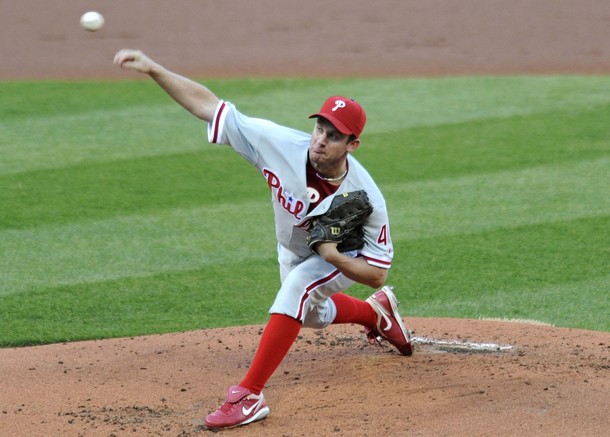 The Detroit Tigers reached out to Roy Oswalt to fill the fifth spot of their great mix of young studs and flame throwing Justin Verlander. The former Philly rejected the $10-million offer and CBSSports’ Jon Heyman tweated that the 34-year-old is taking a break to reevaluate his future, but a midseason return cannot be ruled out.

The nine-game winner posted a sub-four ERA and was also in the sights of the Red Sox, Rangers, Cardinals and Reds due to the weak pitching free agent class. Oswalt plans to stay in shape and may be following the footsteps of former Astros’ teammate, Roger Clemens, and former Phillie, Pedro Martinez, who emerged out of no man’s land to sign with a playoff contender at about midseason.

After being bumped down to the fourth spot of Philadelphia’s rotation, the right-hander took heat for his inconsistent losing record. He was acquired by the Phillies at the trade deadline from the Houston Astros during the 2010 season and dominated from Jump Street. His one lose in 12 starts and sub two ERA in red stripes sky-rocketed expectations, but after his regression during an injury plagued 2011 campaign Ruben Amaro Jr. decided to part ways with his number four starter.

Clemens’ return was his last hoorah and with a six inning win over the troubled Pittsburgh Pirates to round out his record at six and six and his ERA slightly above four, he hung up the spikes. Clemens lack of success shouldn’t hold back the three-time all-star because the Rocket led his comeback at age 42 not 34.

Pedro’s return went a heck of a lot better than Clemens’ and landed the righty in the World Series. Philadelphia embraced the flashy star and his 5-1 record after signing him in early August during their ’09 run. Amaro Jr. took advantage of his chance to sign the (at the time) 39-year-old and it made him look like a genius.

Oswalt’s age makes him more than suitable to play half a season, which lately seems like all he has been able to stay healthy for.  Since returning from an injury in August last year, he posted a winning record and an ERA slightly above 3.50 during the last two months of the year.

He proved the second half was his time when he was acquired by the Philly and won seven straight starts to finish the season. If Oswalt can stay in shape, a midseason return should be expected because someone trying to make a playoff run will definitely be desperate enough to pick up the veteran hurler.