Recap Of Philly’s College Basketball Weekend: 5 of 6 Schools Still In The Hunt 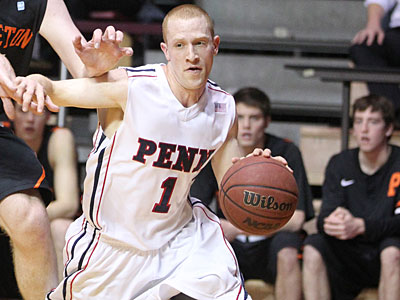 It’s an exciting year on the Philadelphia College Basketball scene and the games they played this weekend were tough and illuminating.  Amazingly five of the six teams still have a chance to reach the NCAA tournament.

Penn Stuns Harvard – Harvard (24-5, 10-2) seemed all but a lock earlier in the college basketball season to be the Ivy League’s representative in the NCAA Tournament this March, but the Zach Rosen led Penn Quakers (17-11, 9-2) snapped Harvard’s 28 game home winning streak and took over a share of first place in the Ivy League, with a 55-54 win over Harvard.

Rosen scored 20 points including two free throws to give the Quakers a one-point lead with 23 seconds to play which ultimately proved to be the game winning points. Harvard went for the win in its final possession but Corbin Miller missed his three point attempt keeping Penn’s hopes of an NCAA bid alive. If the Quakers win the team’s final three games they can do no worse than a tie for the Ivy League crown, and a one-game playoff against Harvard for the Ivy League title.

Saint Joe’s Upsets Temple – Foul trouble ultimately put Temple (22-6, 11-3) to death in its 82-72 loss to the Saint Joe’s Hawks (19-11,9-6). The Owls fell behind by as many as 14 points in the first half, however, were able to close the gap to a five point deficit at half time. The Owls eventually took  a 47-44 lead in the second half but were unable to sustain the lead as four of the five Owl’s starters found themselves in foul trouble, including Juan Fernandez who received his 4th foul with 8:40 left in the second half.

Fernandez was used sparingly due to his foul trouble and as a result the Owls struggled offensively down the stretch. Excusing the games Fernandez lost minutes due to his hip injury, Fernandez’s 26 minutes played was his lowest since the Owls last loss to Richmond over a month ago. The win for Saint Joe’s gives the school an outside shot of receiving an at-large bid in the NCAA Tournament, and proves the team can compete and possibly win the A-10 Tournament.

Drexel Escapes Old Dominion –The Drexel Dragons 16 game winning streak was in jeopardy late in Saturday’s game against Old Dominion.  The Dragon’s led 71-65 with 37 seconds to play, but nearly blew it. ODU’s Kent Bazemore converted a layup followed by ODU’s Dimitri Batten converting a three-point play on the team’s next possession with 15 seconds left in the game, making it a one point affair. Drexel’s Chris Fouch managed to hit two free throws with 10 seconds left to put the Dragons up 73-70. However, Old Dominion had a chance to tie the game from the foul line with two seconds to go in the 2nd half after Damion Lee fouled Kent Bazemore at the top of the arc. Luckily for Drexel, Bazemore made the first two foul shots, but missed what would have been the game tying free throw giving the Drexel its 17th straight victory.

As it stands now five of the city’s six basketball programs have a shot to make the field of 64. Penn controls its own destiny to win the Ivy League, St.Joe’s has an outside chance of an at large bid but most likely has to win the conference tournament. Lasalle could make it, but they have to win the A-10 Tournament. Temple is considered a lock for an at large bid, and Drexel has a decent shot at an at large bid, but it’s not a guarantee. If the Dragons win the CAA conference tournament they too would be dancing come March.

If Eagles Let DeSean Jackson Go, What Wide Receivers Will Be Available